The Heraldry in the Rose Room, Part 1: the King's Arms

Inside Frederiksborg Castle, we came to the Rose Room, also called the Knight's Room. It has been reconstructed to look like it did in the time of King Christian IV and Queen Anne Catherine of Brandenburg, when it was used as a dining room for the nobles of the Danish Court. 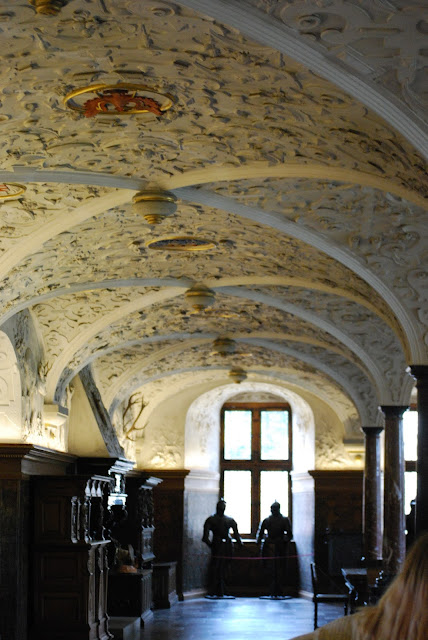 While there is a lot of stuff to look at in the room (including the two suits of armor standing in front of the window in the photograph above), it is well worth it for the heraldry enthusiast to look up while strolling about the room, where we find large plaster roundels with the arms of the many territories ruled by the King and Queen.
Today, we will look at the arms of those territories ruled by King Christian IV, and next time those of the Brandenburgs. These photos are not in any particular order; they are simply in the order that I photographed them as I wandered about the room.
Schleswig. Or two lions passant in pale azure. 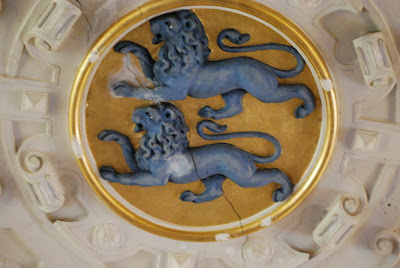 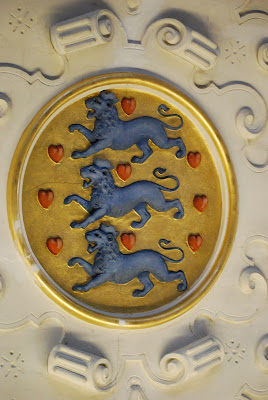 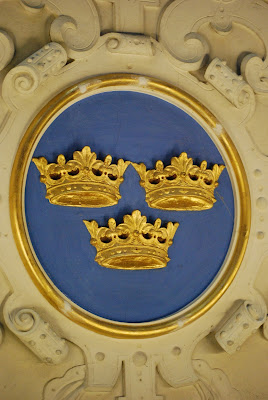 Delmenhorst. Azure a cross paty or. 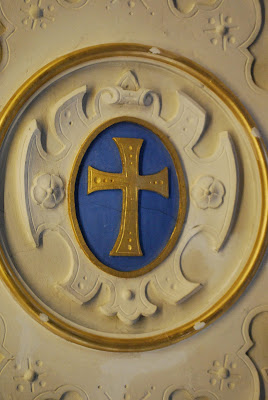 King of the Goths/Jutland. Or nine hearts gules in chief a lion passant azure. 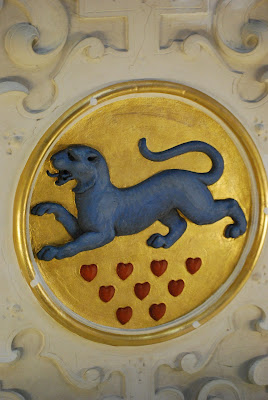 Ditmarsken. Gules a knight armed cap-à-pie or mounted on a horse argent and bearing a shield azure charged with a cross paty or. 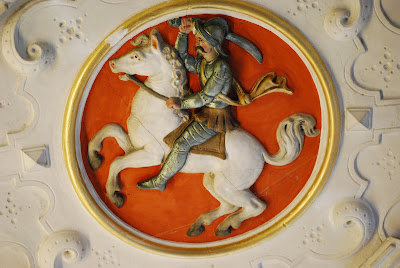 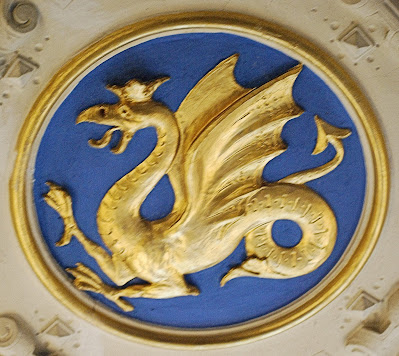 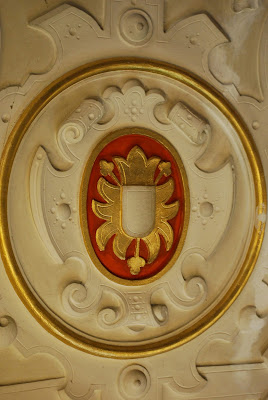 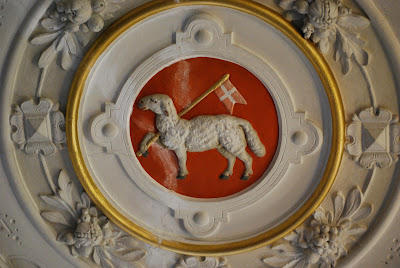 Iceland. Gules a stockfish argent ensigned by a crown or. 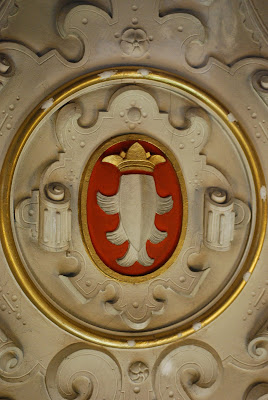 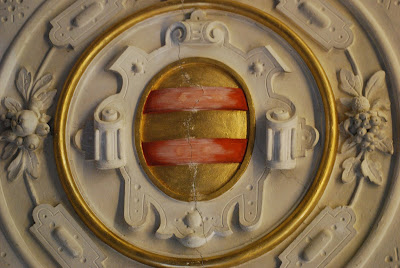 Øsel. Azure an eagle displayed sable [beaked and membered or]. 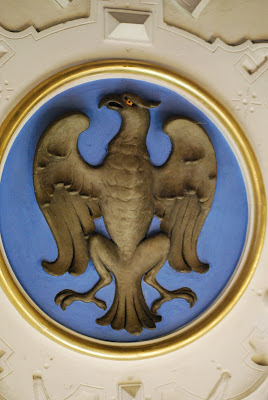 And Norway. Gules a lion rampant crowned bearing an axe or. 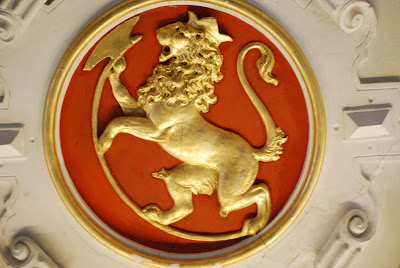