Looking for heraldry and heraldry-like items at Kronborg Castle in Denmark, we found a number of royal ciphers. In this post, we're going to visit them in chronological order by reign:
King Frederik II (reigned 1559-1588) was the man who had the medieval fortress radically transformed into a magnificent Renaissance castle. His cipher can be seen over a couple of different doorways in the Castle courtyard, here: 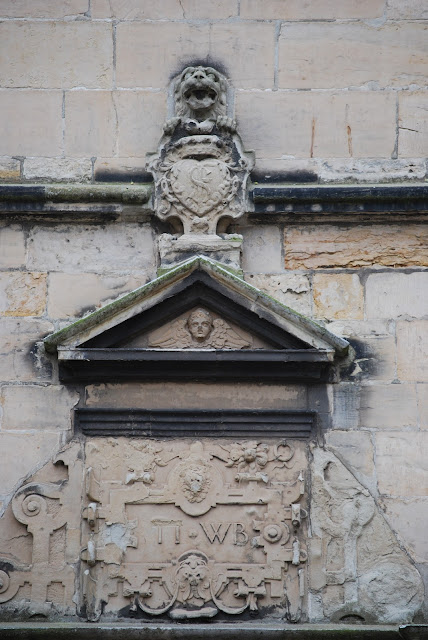 And again, here (with my ever-patient wife waiting for me to finish taking pictures so we can both go and see more of the castle): 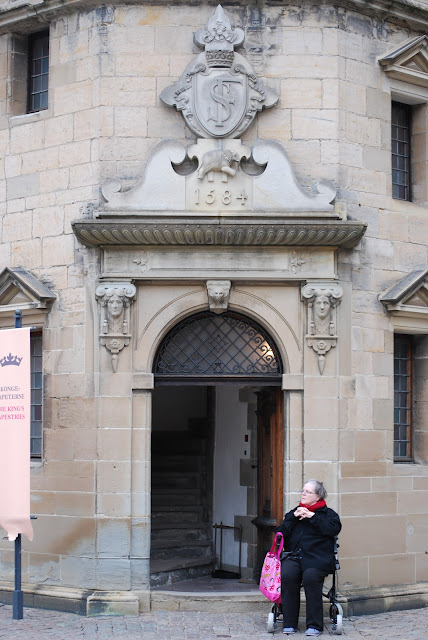 A more detailed view of the above, where you can see the crown over the shield and the elephant emblem of the Order of the Elephant more clearly: 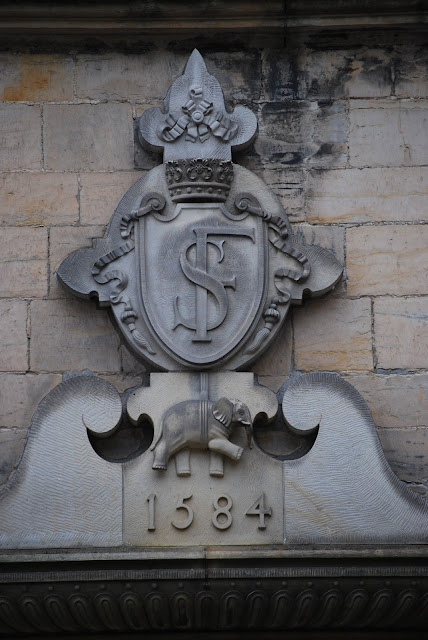 King Christian IV (reigned 1588-1648) had it rebuilt following the fire in 1629 which destroyed much of the castle.
Here we see his cipher inside the castle, crowned and encircled by the arms of the Danish territories: 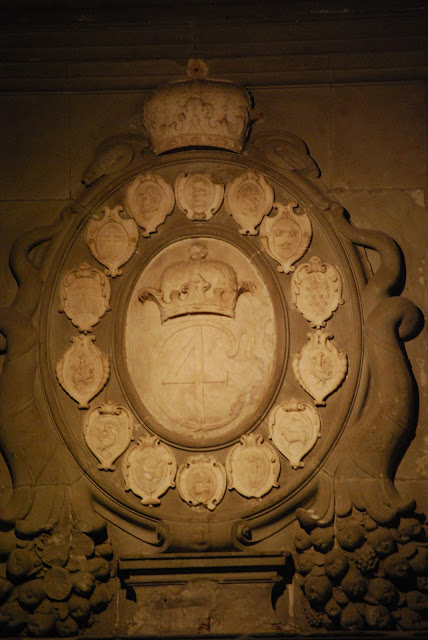 King Christian V (reigned 1670-1699). The Swedish conquest of Kronborg in 1658 demonstrated that the castle was not impregnable. Under Christian V, from 1688 to 1690, an advanced line of defense was added called the Crownwork. Shortly after that, a new series of ramparts were built around it. At their completion, Kronborg was considered the strongest fortress in Europe. 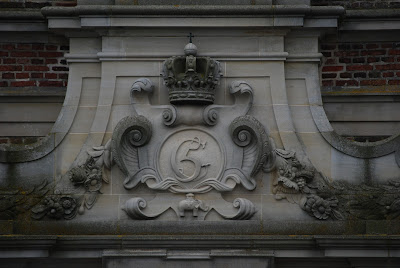 King Frederik IV (reigned 1699-1730) over a gatehouse. (You may wish to click on the image below to see a larger version where many of the details of this display can be seen more clearly.) 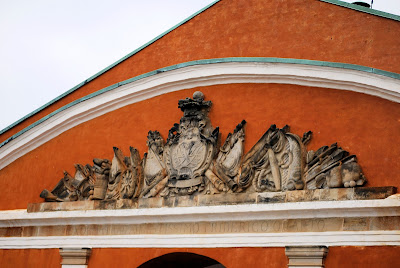 From 1739 until the 1900s, Kronborg was used as a prison. The inmates were guarded by the soldiers billeted in the castle.

As Kronborg's importance as a royal castle diminished, the armed forces came to play a greater role. From 1785 to 1922, the castle was completely under military administration. During this period, a number of renovations were completed.

I believe this is the cipher of King Frederik VI (reigned 1808-1839) (again, you can click on the image below to see a larger, more detailed photo), but the cipher on the sinister (right-hand, as you look at it) side of the shield, A S or S A, do not match the initials of his wife, Marie of Hesse-Kassel. 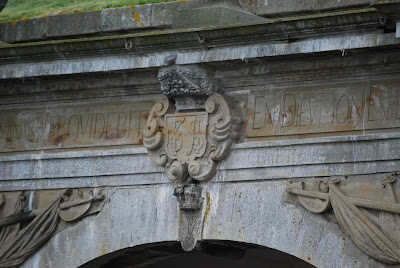 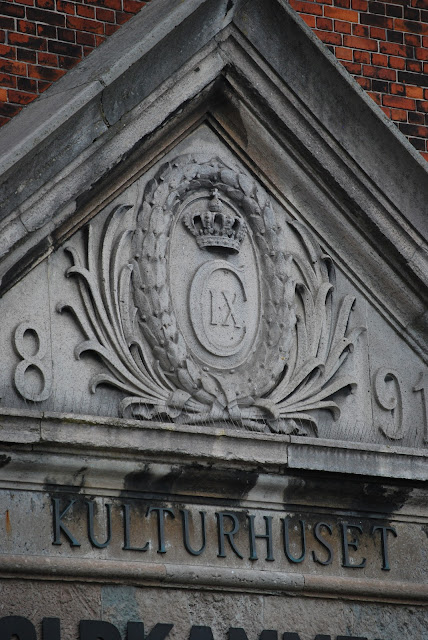