This next armorial chest is (or at least its armorial panels are) dated 1618 and, frankly, has a lot more inlay work on it than I would be willing to try myself. (And I'm pretty sure it would be expensive to pay someone else to do!)
It is, though, a beautiful piece of the furnituremaker's art: 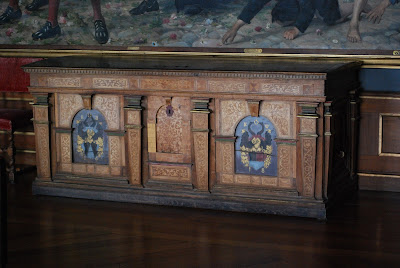 The painted panels on the face of the chest are of two different coats of arms: 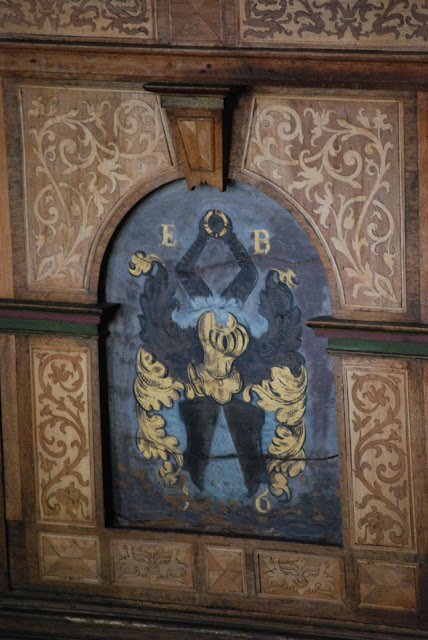 First is the arms of Brocker, Argent a pile reversed [or, inverted, or issuant from base) azure (yes, the white seems to have turned to black here). We have seen these arms before on one of the tablecloths posted about recently; 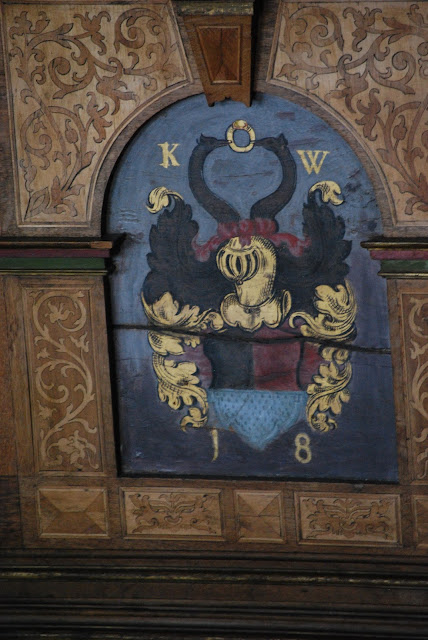 and then we have the arms of Scheel, Per fess: Per pale argent and gules; and azure. (Again, the white has gone to black here.) These arms are shown with same crest in the Order Books of the Order of the Dannebrog. At least four members of this family were members of the Order in the 17th and early 18th centuries.

The second armorial chest we're going to see today is this pretty massive-feeling one: 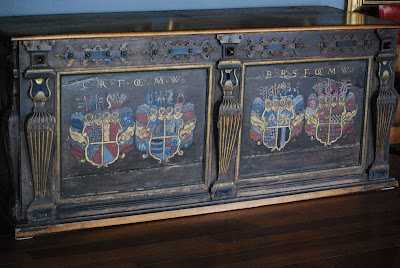 Unlike the previous two chests we have looked at, this one has no date(s) painted on its face.
It does, however, have four quartered coats of arms. 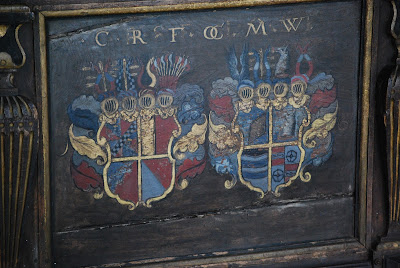 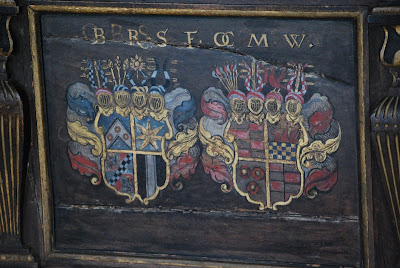 The third coat of arms has Gyldenstern in the second quarter and Rosenkrantz in the third quarter (both of which we have seen before on one of the tablecloths); and the fourth coat has Biller (or Bille, as it is spelled in the Order Books) in the first and fourth quarters: Per pale gules and argent barry of four counterchanged (or, Barry of four argent and gules per pale counterchanged, it could reasonably be blazoned either way), which we have seen before on the tablecloth.
Again, if you are looking for some way to use your coat of arms as well as to store some of your stuff, you mind find some inspiration in these armorial chests here.
Posted by David B. Appleton at 2:00 AM