We've all got stuff, right? And we all need places in which to store our stuff, correct? Well, what could be better for storing your stuff than an old carved wooden chest with some of the family's coats of arms painted on its face?

Well, I ran across several such armorial chests dated to the 17th Century in our tour of Frederiksborg Castle in Denmark, and thought I would share them with you here.

You may recognize some of the heraldry from one of the tablecloths in the castle that we have recently shared! 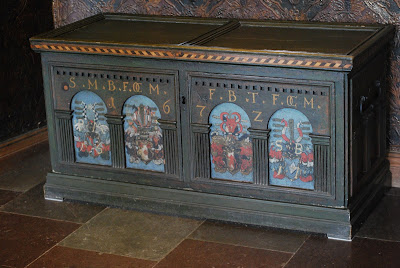 The first armorial chest is this gem, which confusingly has two different dates on it. At the tops of the pillars supporting the arches which frame the four coats of arms is the date "1672", while on the left and right armorial panels is the date "1617". While I can make at least a couple of guesses as to why there are two different dates some 55 years apart, they are only guesses and completely unsupported by facts, so I am going to keep them to myself.
If you are interested, please click the image above to see a larger, more detailed picture which better shows the carved and inlay items on this chest.
But, of course, this blog is all about the heraldry. The four coats of arms and crests on the face of the chest are, from left to right: 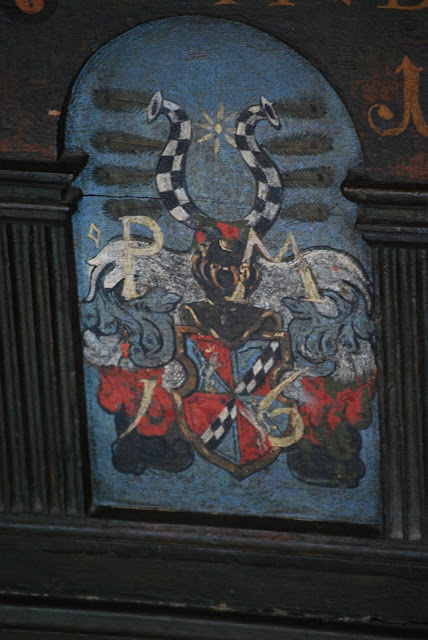 Rosenkrantz (which we have seen before, labeled "Rosenkrans"). 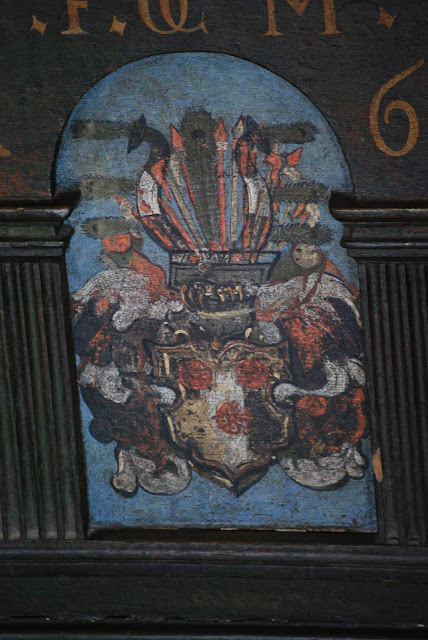 I have not been able to make a definite identification of whose arms these are; there are several possibilities, but not (as yet) a perfect match. 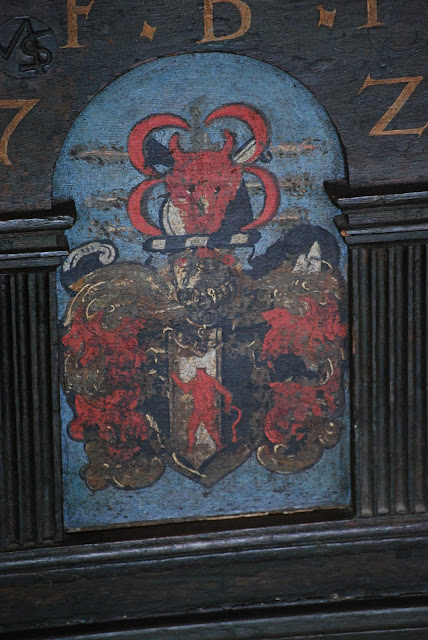 The canting (punning) arms of Trolle, along with with their troll's head crest. (If you're going to use a cant in your arms, you might as well go all the way. As the old saying is: "Go big or go home.") 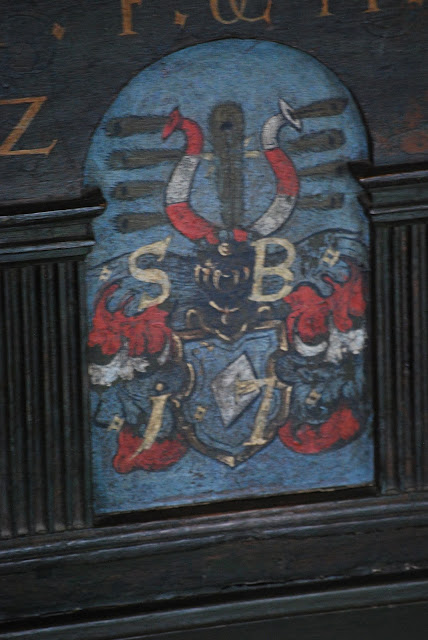 and finally, the arms of Ruder, another family whose arms we have seen on the tablecloth in the post before last.
I don't know about you, but I'm trying to think if I have enough wood in my workshop to make a similar chest. It could be an interesting project, don't you think?
Posted by David B. Appleton at 2:00 AM