Besides armorial portraits, of course, one of the other things you often find in castles (and large estate houses*) is tapestries of one scene or another. And Frederiksborg Castle in Denmark is no exception to this general rule.
And, of course, many of those tapestries contain heraldry. 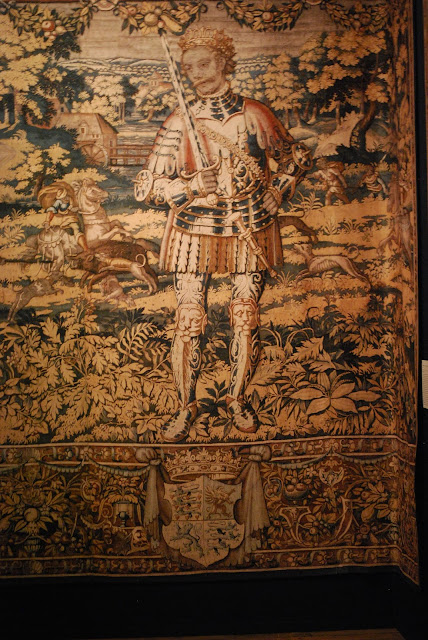 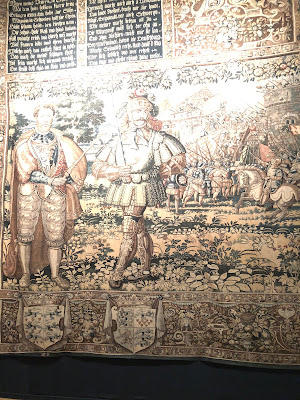 Frederiksborg Castle being a royal residence, naturally enough most of the heraldry to be found on these tapestries are versions of the Danish Royal arms. 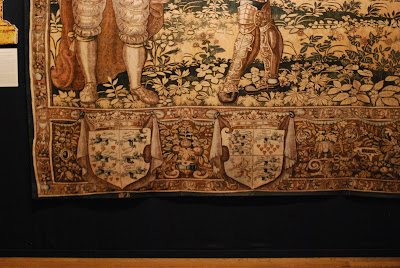 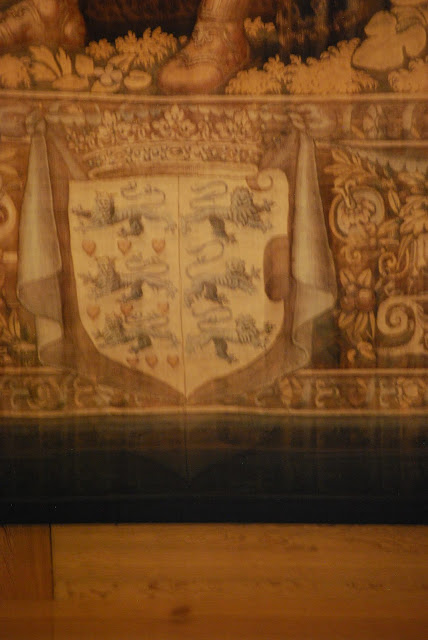 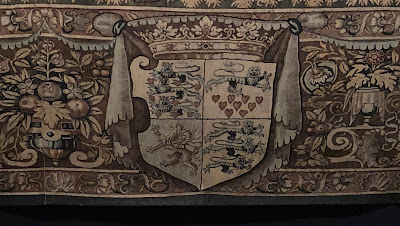 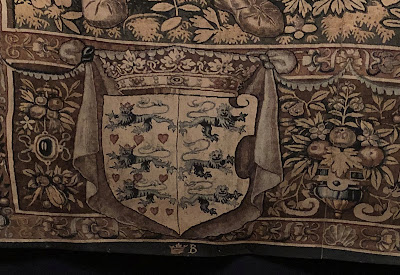 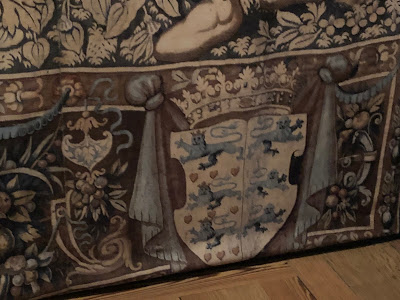 I have to admit, though, that my favorite armorial tapestry in the castle was this one: 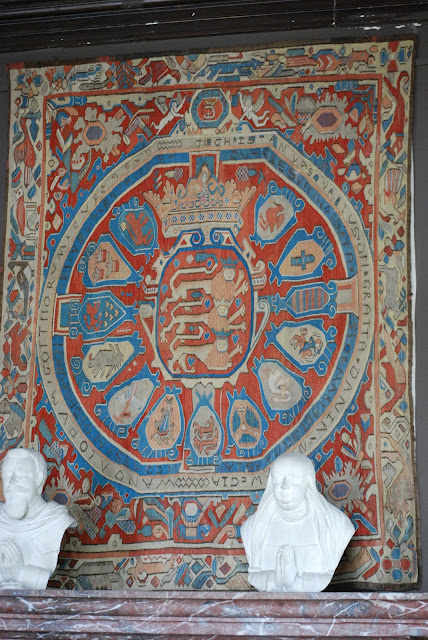 Here's a closer look at it: 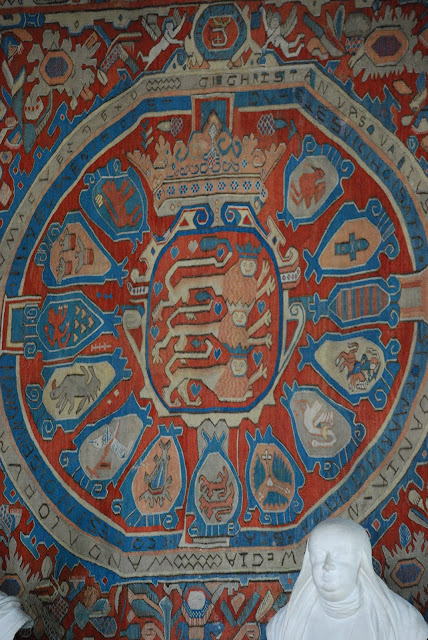 It's done in a totally different style than the others; less traditional European, and more what you might see from a native weaver from the Caucasus. I just find it very attractive.
Of course, it's the Lesser Arms of Denmark in the center (though with the lions passant to sinister instead of dexter, surrounded by the arms of the many provinces and fiefs making up Denmark, as we have seen earlier on and around the castle.
You may, of course, disagree with me, but I really like it!

* Heck, if you come and visit my relatively humble home, you'll find a couple of tapestries hanging in the living room. Naturally, if you know me at all, you have probably already guessed that they each have heraldry on them. And, of course, you'd be correct. The bigger one, which we purchased in Belgium, is of part of the large mural of the Nine Worthies in the castle of La Manta in Italy. The other, smaller one over the fireplace which we purchased in Canterbury, England is a woodland scene with a unicorn and a lion, with a number of shields hanging from the trees.
Posted by David B. Appleton at 2:00 AM