To finish our look at the three embroidered armorial tablecloths in this exhibit at Frederiksborg Castle, each with increasingly greater numbers of shields on them, we come to the final tablecloth, which - unlike the previous two - is entirely heraldic. 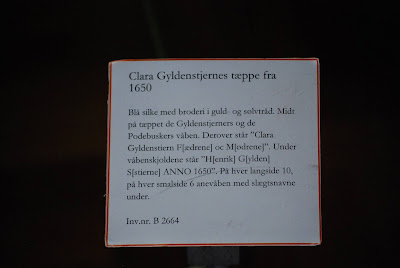 Blue silk with embroidery in gold and silver thread. In the middle of the tablecloth, the coats of arms of the Gyldenstjernes and the Podebuskers. Above is "Clara Gyldenstiern Fathers and Mothers". Under the coats of arms is "Henrik Gyldenstierne Anno 1650". On each long side there are 10, on each narrow side 6, coats of arms with the family names below. 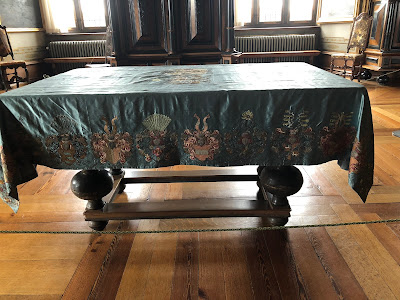 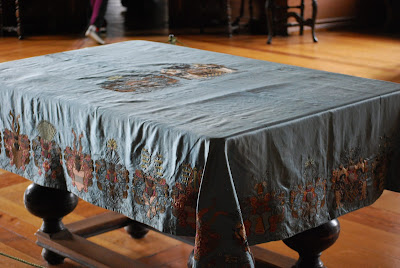 Here is the central motif, the arms of Gyldenstjerne* and Podebusker (again, please click on an image to go to a larger, more detailed photo. You really cannot fully appreciate the work that went into all of these shields, helms, mantling, and crests from these thumbnail images): 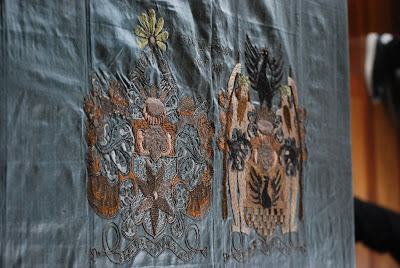 Then, of course, are all of the arms around the edges of the tablecloth, presumably those of her forebears: 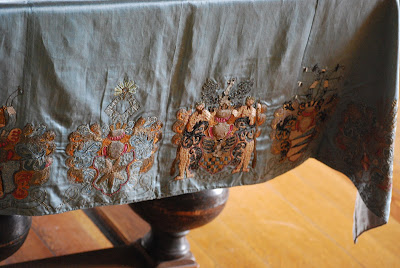 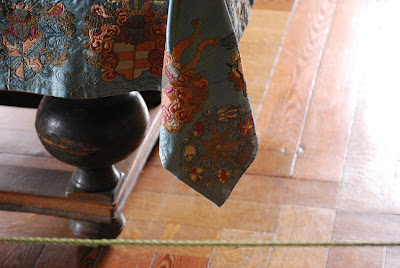 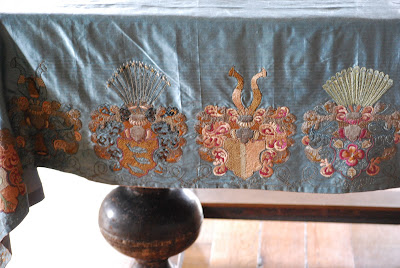 On each of the corners is the star from the Gyldenstjerne arms encircled with a wreath of different flowers. 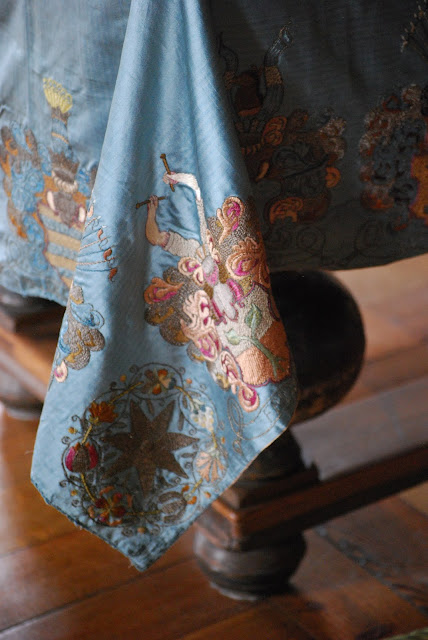 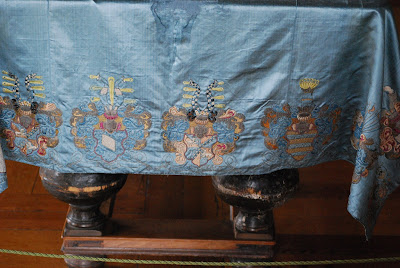 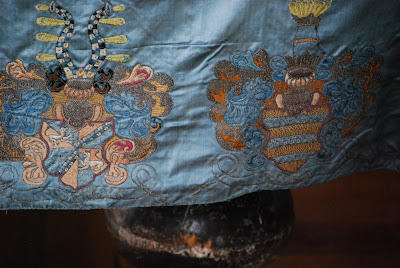 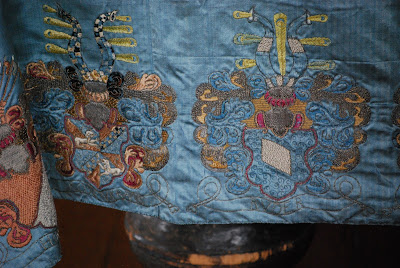 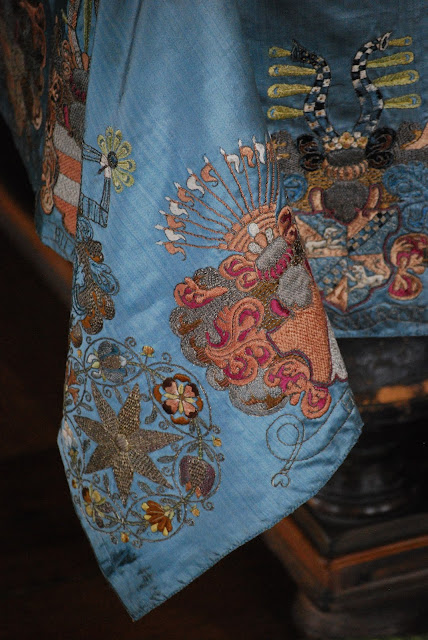 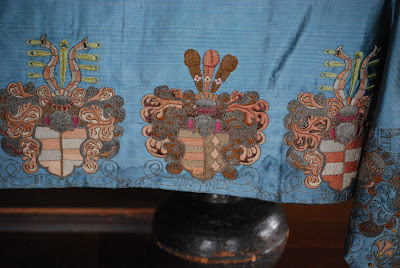 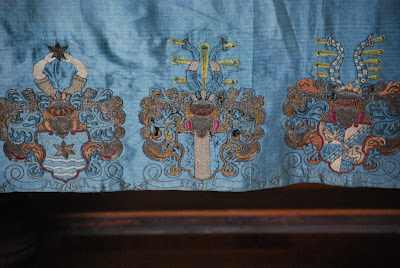 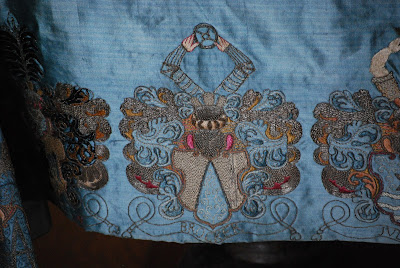 And there you have it! A large, wonderfully embellished and entirely heraldic tablecloth.
Now tell me you wouldn't like something like this for your home!
* This is a name you might be familiar with from Shakespeare's The Tragedy of Hamlet, Prince of Denmark. Two of the characters in that play are Rosencrantz** and Guildenstern, courtiers and friends of the melancholy Prince, whose names King Claudius can't keep straight, and whose deaths are announced in the final act of the play. This is not, I believe, that Guildenstern.
** As a matter of fact, though, if you look carefully you may see some shields (which may be duplicated in more than one photo above) which are labeled "Rosenkrans". (If you need a hint, they're the ones with crowned rampant lion in the first and fourth quarters, and a checky bend in the second and third quarters.) Who knew?
Posted by David B. Appleton at 2:00 AM