Another Coat of Arms Just Across the Street 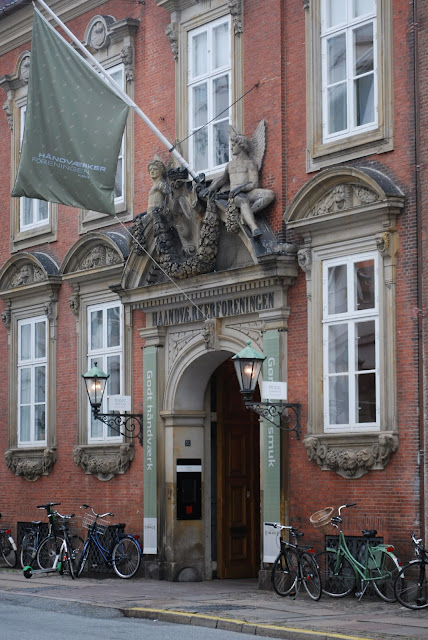 This building now houses the Association of Craftsmen in Copenhagen (in Danish: Haandværkerforeningen i Kjøbenhavn), an interest organization based in Copenhagen, Denmark. Its 2,200 members are owners of small and medium-large companies. It is affiliated with 35 guilds and industry organizations. Its headquarters is Moltke's Mansion.
The building has a long and interesting history. It was built for Ulrik Frederik Gyldenløve, the illegitimate son of King Frederick III (at the time Prince-Archbishop of Bremen and coadjutor of the Bishopric of Halberstadt). When his father became King of Denmark in 1648, Ulrik Frederik assumed the surname Gyldenløve which was used by illegitimate sons of Danish kings (not unlike some of the illegitimate sons of the kings of England being called Fitzroy).
The mansion was built between 1700 and 1702 and was originally known as Gyldenløve's Little Mansion (in contrast to his larger mansion, now the Charlottenborg Palace at Kongens Nytorv).

The house received its current name in 1842, after it was acquired by Adam Wilhelm von Moltke, Count of Bregentved in 1818, the first Danish Prime Minister under the Danish constitutional monarchy. 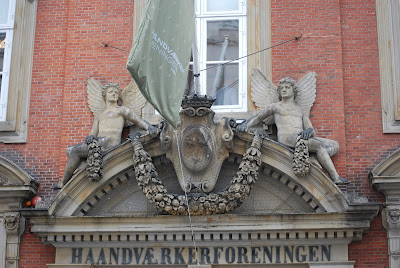 The arms over the door (above), however, are not those of Ulrik Frederik Gyldenløve, whose arms are depicted in the arms books of the Order of the Elephant which have been digitized by Denmark and are available to view on the internet. Ulrik's arms (below) are found at: http://static-vb.kongehuset.dk/vb/01/html5forpc.html?page=0 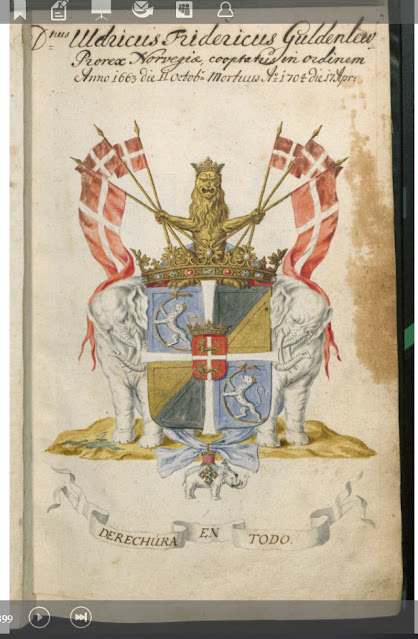 As you can see, they are nothing like the (much simpler) arms on the mansion, surmounted by the coronet of a count. 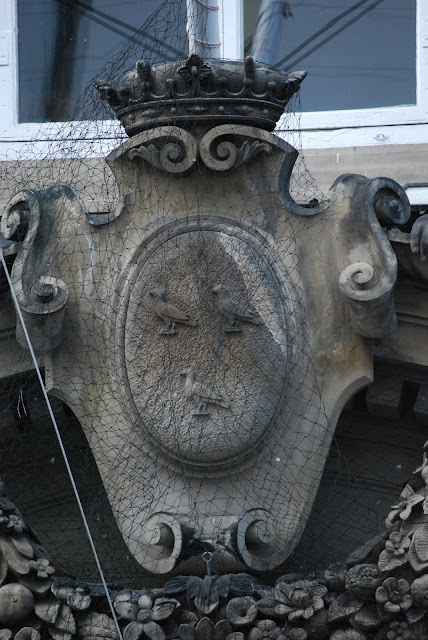 These are the arms of Adam William von Moltke, seen in the inescutcheon of his greater arms from the arms books of the Order of the Elephant, http://static-vb.kongehuset.dk/vb/02/html5forpc.html?page=0: 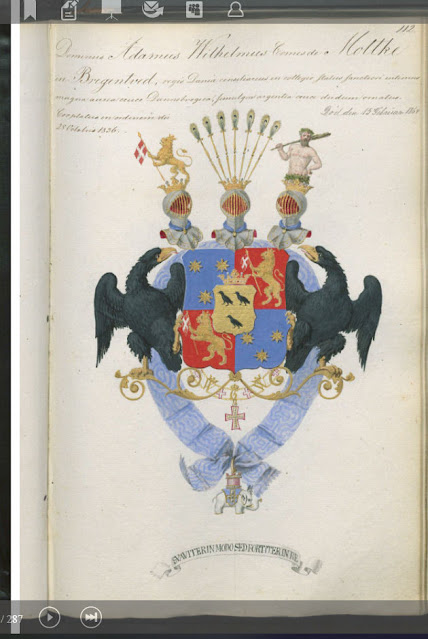 These lesser arms are blazoned: Or three "primordial" or Moltke birds sable. (Personally, I see no difference between these "primordial" or Moltke birds and ravens/crows/choughs, but maybe that's just me.) The lesser arms alone are seen earlier in the same volume in the entry for Anthony Henry von Moltke.
In addition to the von Moltke arms over the doorway, the windows of the mansion are chock full of heraldic symbolism, especially in the lion's and elephant's faces, along with the massive swag garlands, surrounding them. (Lions appear on the lesser arms of Denmark, and elephants, of course, are from the Order of the Elephant.)
As always, you can click on an image to see a larger, more detailed copy of each photograph. 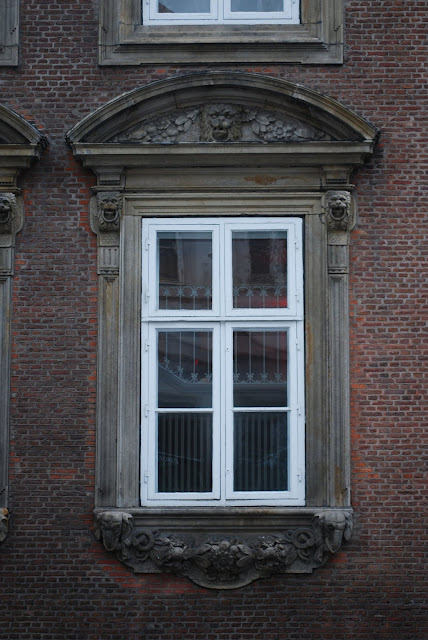 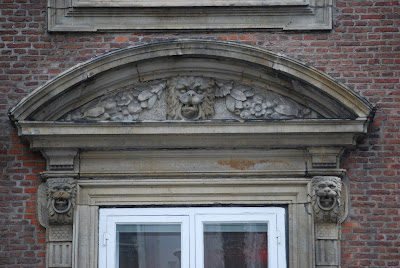 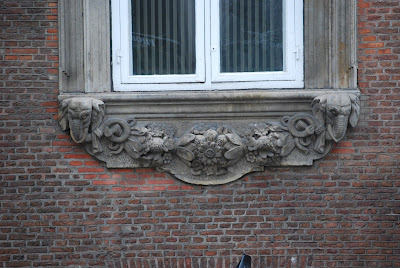 And here's two more with a better view of the elephant's faces: 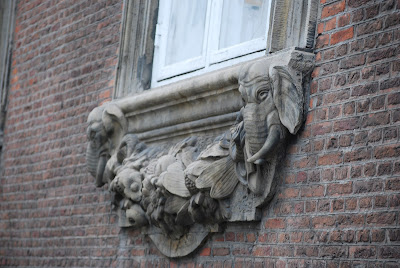 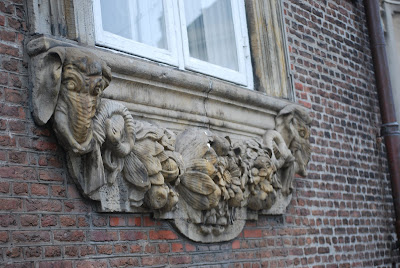 All in all, an amazing display of heraldry and heraldic symbolism, over an entire building!
Next time, we go a little further afield in the next episode of "Hunting for Heraldry".
Posted by David B. Appleton at 2:00 AM