And Then ... They Took Us Downstairs! Part 3


Today we look at the stained glass coats of arms of the Knights of the Golden Fleece from the 1559 Chapter held in the Cathedral, hidden away from the general public's view.
Here again, you can compare these arms to those on the stall plates we looked at earlier. And, of course, you can always click on an image to see a larger, more detailed picture of the arms. 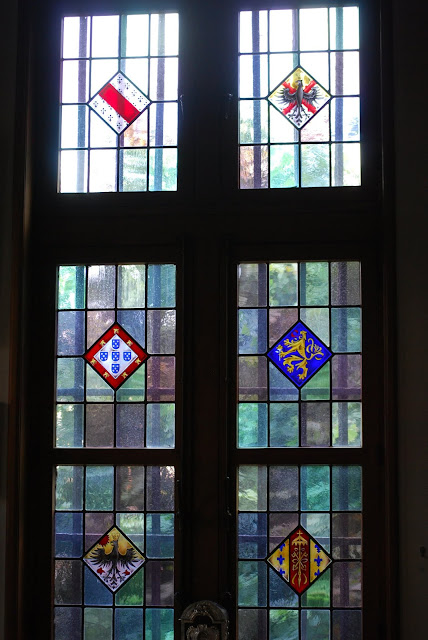 John III, King of Portugal (1502-1557), Charles V's brother-in-law. Argent five escutcheons in cross azure each charged with five plates in saltire all within a bordure gules semy of towers or.

Ascanio Sforza-Sforza, Count of Santa Fiora (1520-1575): Azure a lion rampant or maintaining in its sinister forepaw a rose or slipped and leaved argent.

Antonio Doria, Marquis of San Stefano: Per fess or and argent an eagle displayed sable crowned or between in dexter chief a demi-sun issuant and in fess two flames gules. (We missed seeing his arms in the stall plates, as it was tucked away out of view from where I was standing to take the picture. Sorry about that!)
Ottavio Farnese, Duke of Parma (1524-1586): Or on a pale gules between six fleurs-de-lis azure an ombrellino surmounted by a pair of keys in saltire or. 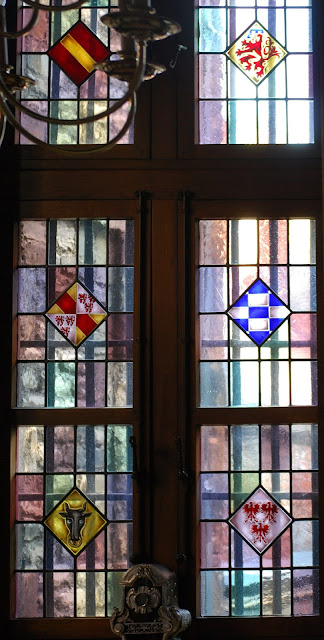