A Memorial With a Coat of Arms, But Not His Arms


The next armorial memorial has a coat of arms on it, but atypically not the arms of the man it is memorializing. 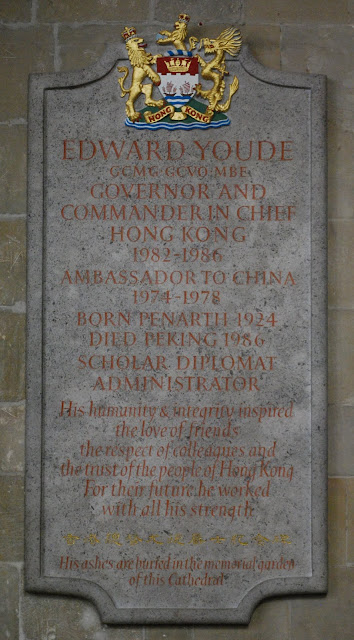 The memorial is to Edward Youde, Governor of Hong Kong between May 20, 1982 and his death on December 5, 1986. Sir Edward is especially remembered for his tenure as the Hong Kong Governor and his role in negotiating the Sino-British Joint Declaration, which was signed in Peking in 1984. This, among other things, made it clear that the British would leave Hong Kong in 1997 after 156 years of colonial rule.

Hong Kong's only Welsh Governor was widely liked for his kindly demeanor and greatly admired for his formidable erudition. In an editorial following his death, the Chinese-language newspaper Ming Pao compared him to Zhuge Liang, a chancellor of the state of Shu Han during the Three Kingdoms period, who had “pledged to work diligently on state affairs until death.” 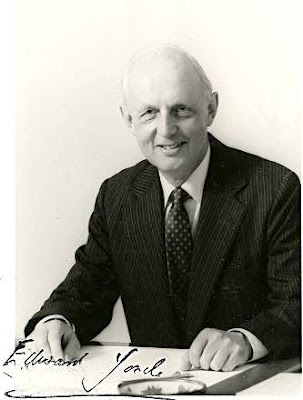 During a visit to Peking, Sir Edward suffered a fatal heart attack in the British Embassy in the early hours of December 5, 1986, while asleep. He was the only Governor of Hong Kong to die in office.

At his funeral - Hong Kong's first state funeral with full military honors - the streets were lined with people. The casket, draped in the Union Flag, was carried by ten guardsmen, and a 17-gun salute was fired from the shore station of HMS Tamar. Sir Edward was cremated, and his ashes buried in the memorial garden at Canterbury Cathedral. 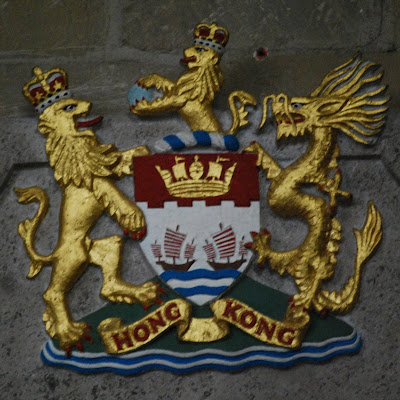