The third, and final, memorial to a Thornhurst in St. Michael's Chapel in Canterbury Cathedral is to a woman who married into the Thornhurst family. 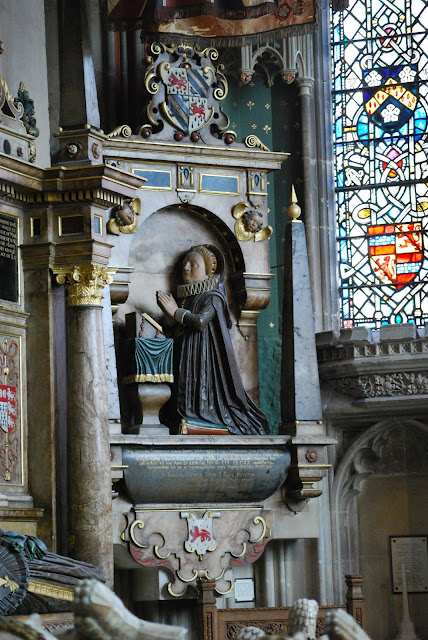 The Latin inscription below her effigy figure translates as:

Lady Dorothy Thornhurst, daughter of Roger Drew of Dentsworth in Sussex, Esq., who after the decease of Dr. Hippocrates d’Otten, a celebrated physician of the illustrious family of Otten, in Holsatia, married a second time to Sir Stephen Thornhurst, knight, and survived him; her ashes were mingled with his in this place on the 12th of June in the 55th year of her age, and in the year of our Lord 1620. In pious memory of her, her sorrowful niece Martha Norton hath erected this monument.

This memorial inscription is followed by a six-line elegiac poem in Latin, which translates as:


Had Juno, Venus, and Minerva praise?
Such thou wert once, yet who thy fame will raise?
Shall with and beauty meet superior foes?
And must this urn thy sundry gifts enclose?
Here lies thy dust, thy soul to heaven-ward flied,
And claims her seat above the starry skies. 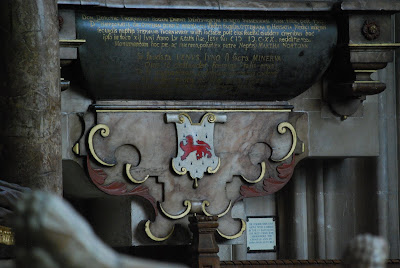 Immediately below the memorial text (in the image immediately above) is her father's coat of arms (Drewe); Ermine a lion passant gules. 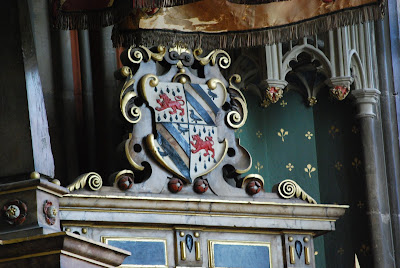 This Thornhurst memorial, too, is a fine example of the stonecarver's art, and a nice display of heraldry, too.