A Tale of Three Thornhursts, Part One


In St. Michael's Chapel, Canterbury Cathedral, there are three large, ornate memorials to three members of the Thornhurst family.

Going from left to right as you stand at the entrance to the Chapel, we first espy the memorial to Sir Thomas Thornhurst, son of Sir Stephen Thornhurst, d. 1627 during the unsuccessful English invasion of the French Isle of Rhee, and his wife Barbara, née Shirley, d. 1639. 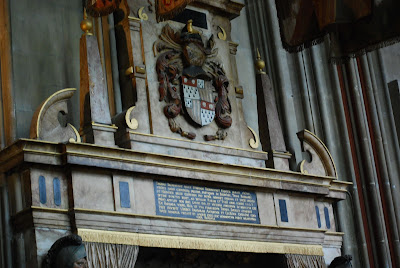 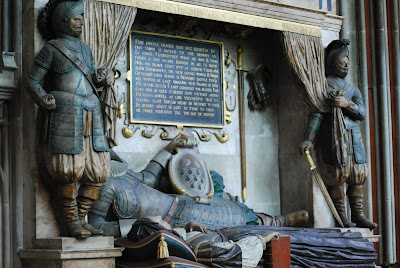 As you can see here, Sir Thomas is shown in armor recumbent resting on his right elbow, his left hand holding up a shield of his arms (Ermine on a chief gules two leopard's faces argent). His wife Barbara is shown laying upon her back, her head on a double pillow, and her right hand resting on a book.

There are two explanatory plaques on the memorial, the upper one in Latin, and the lower one in English. 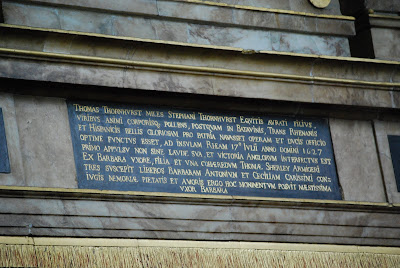 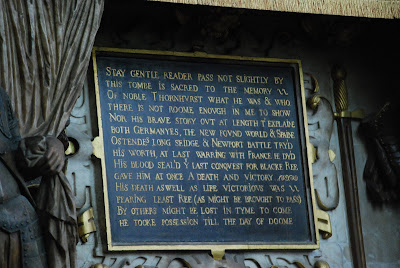 Near the top of the monument is an achievement of arms: shield, helm, mantling, and crest. 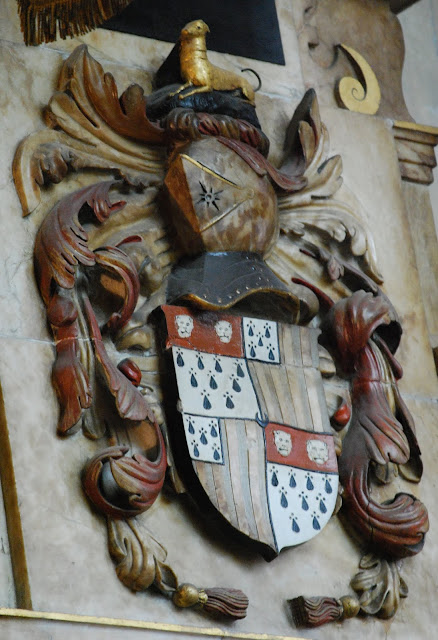 The arms are blazoned: Quarterly: 1 and 4, Ermine on a chief gules two leopard's faces argent (Thornhurst); 2 and 3, Azure four pallets argent and a canton ermine (Shirley), overall a crescent sable for difference. Burke blazons the Shirley arms as Paly of six or and azure a quarter ermine, but that is not how they are painted here. The crest is a greyhound couchant or.

The whole monument is a tour de force of the stonecarver's art, in addition to being a nice display of heraldry.