When the Window Itself is a Tribute


We next came to a window memorializing - during his lifetime - a benefactor of the Cathedral. 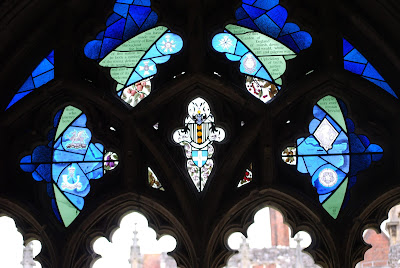 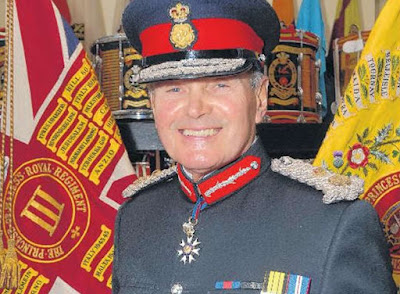 He founded Willett International Ltd., which became one of the world’s largest electronic coding and information labeling companies. The sale of Willett International enabled him to create a charitable foundation which has donated £4 million to mainly Kentish causes, including more than £2 million for Canterbury Cathedral and substantial grants to, among others, the new Marlowe Theatre in Canterbury.

His memorial window here (designed by Cathedral glass conservator Alison Eaton, and installed in the Cathedral in 2014) shows the military units in which he served as well as his awards, honors, and affiliations. (You can click on the image of the window above to see a larger, more detailed version.) 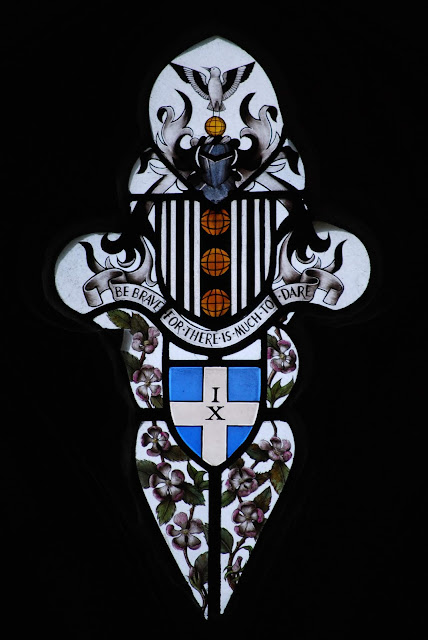 I cannot find a blazon for his arms (just above those of the Chapter and Dean of the Cathedral, which we have seen several times before in our heraldic tour of Canterbury) anywhere, and I am somewhat reticent try to guess, because I’m pretty sure I’d get it wrong. It almost looks like: Argent on a pale between two pallets endorsed sable three roundels or marked sable (leaving out the exact nature of the “markings”, though I feel certain they represent something specific), the whole having to do with the electronic coding and information labeling of Willett International.

The motto is taken from a line from a poem, My Creed by Howard A. Walter:

The issue of the blazon aside, this is a beautiful, and beautifully done, memorial to a benefactor of the Cathedral at Canterbury.