The Armorial Memorial to an Archbishop


It's amazing sometimes to me to see something that is at once highly ornate and at the same time a little understated.

This is my reaction to the memorial (not tomb; he is buried at Addington in south London) of Archbishop William Howley. 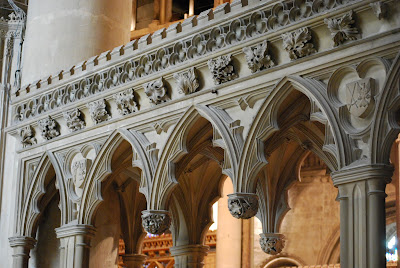 He had a somewhat interesting and not entirely uncontroversial life; you can read a little more about him on-line at https://en.wikipedia.org/wiki/William_Howley 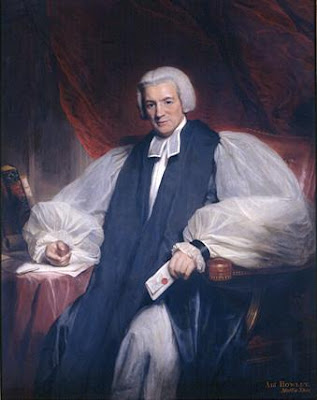 Archbishop Howley presided over the coronation of King William IV and and Queen Adelaide in 1831. Six years later, it was he, along with the Lord Chamberlain, who informed Princess Victoria that she was now Queen of the United Kingdom of Great Britain and Ireland.

Anyway, it was, of course, the two different coats of arms on his large memorial which drew my attention: 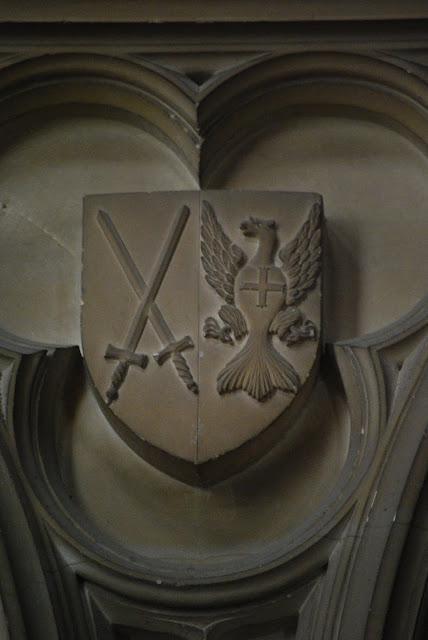 On one shield, we have the See of London (Gules two swords in saltire points upwards or) impaled by Bishop of London William Howley (1813-1828), (Azure an eagle displayed erminois charged on the breast with a cross formy gules). 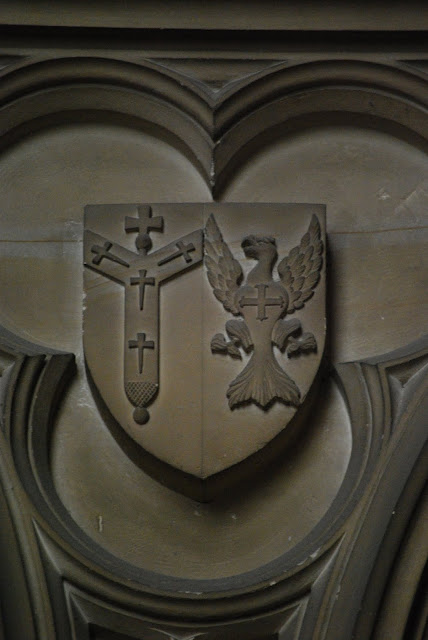 On the other shield, we find the See of Canterbury (Azure a cross-staff or with its cross argent overall a pall argent charged with four crosses formy fitchy sable) impaled by Archbishop of Canterbury William Howley (1828-1848) (Azure an eagle displayed erminois charged on the breast with a cross formy gules).

So on the one hand we have an ornate memorial, with stone arches and all kinds of architectural embellishments, including heraldry, and on the other, we find it all done in uncolored stone, almost plainly done.

As I said above, "highly ornate and at the same time a little understated."