Or, at least on their coat of arms.

The benches in the nave of Canterbury Cathedral have cushions on them, so that you're not sitting on hard benches through services there.

These cushions are embroidered with the coat of arms superimposed on an image of the "Canterbury cross", given name, and years in office of the various Archbishops of Canterbury.

The following is a selection of some of those cushions. (To have tried to photograph all of them would have taken a much longer time, and involved much repetition.) For each, I have given the full name, years as Archbishop, and the blazon of the arms. 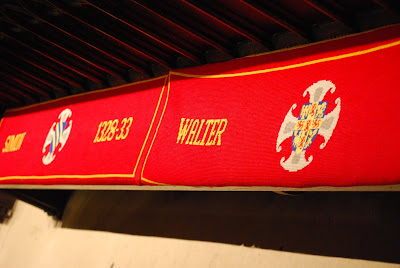 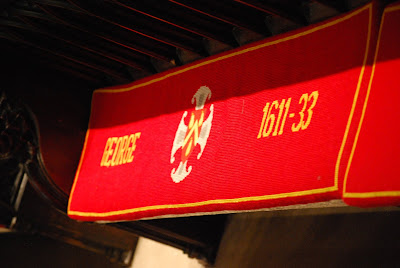 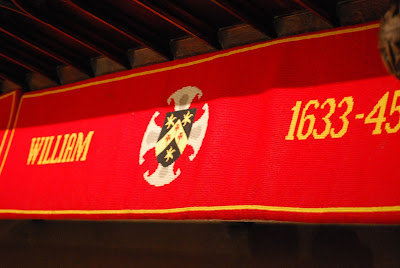 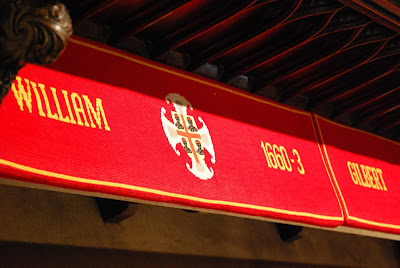 Gilbert Sheldon (1663-1677), Argent on a chevron gules three sheldrakes argent and on a canton gules a rose or. 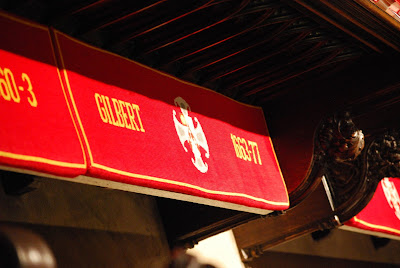 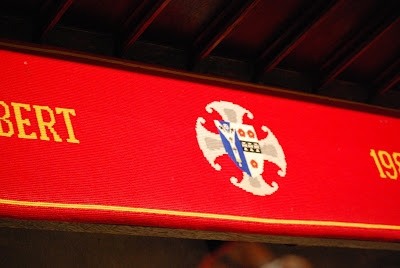 Frederick Donald Coggan (1974-1980), Argent on a cross quarterly azure and gules between four crosses formy fitchy sable a rose argent barbed and seeded proper and ensigned by a mitre argent garnished or. 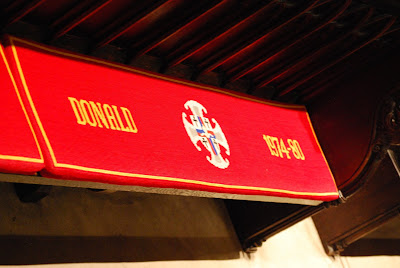 Reginald Pole (1556-1558), Per pale sable and or a saltire engrailed counterchanged. 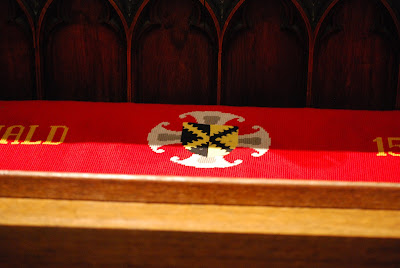 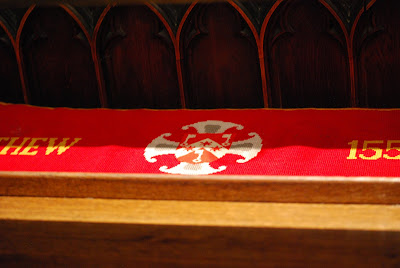 There was an amazing amount of needlework put into all of these cushions! The people who did the work should be congratulated on the quality, and the quantity, of their work.

And, truly, if you are going to be sitting through services on a hard wooden bench, wouldn't resting on someone's laurels, err, coat of arms, make it just a little bit more comfortable?