So, let's say that you are the Primate of a national church, for example, the Archbishop of Canterbury. And you want people not only to remember you after you pass on, but to remember you very positively. So you arrange for your burial and memorial to be in the best-known cathedral of that national religion, say, Canterbury Cathedral, a pilgrimage site for people from around the world. How would you impress your memory upon all of those pilgrims? By building something like this? 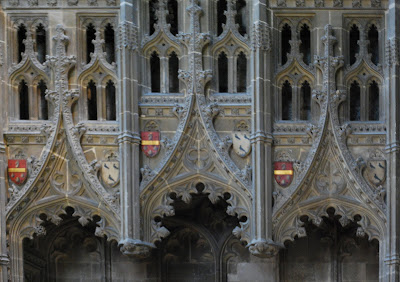 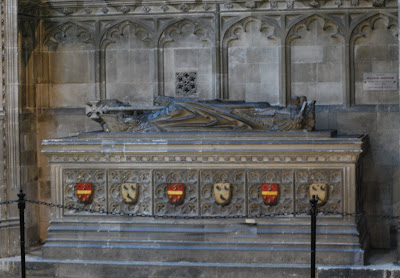 Ornate, colorful, and linking your memory directly to the most famous of your predecessors.

Yeah, that should do it! 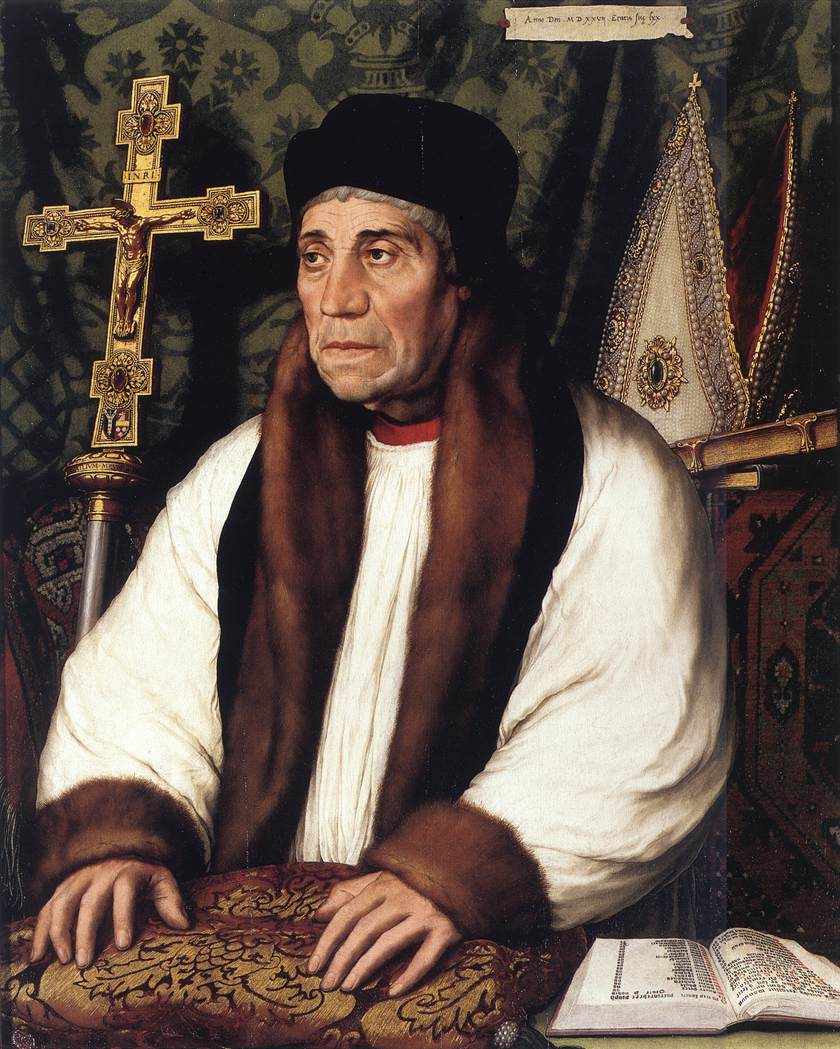 The two coats of arms are, of course, those of William Warham (that is his portrait immediately above, by Hans Holbein), Archbishop of Canterbury from 1504-1532, which we have seen at least a couple of other times before, both in Canterbury and in the church of St. Mary-at-Lambeth in London (https://blog.appletonstudios.com/2018/09/the-arms-of-archbishop.html), Gules a fess or between in chief a goat's head erased and in base three escallops argent, and those of St. Thomas Becket, Archbishop of Canterbury from 1162 to his martyrdom in this very cathedral in 1170, Argent three choughs sable beaked and legged gules. 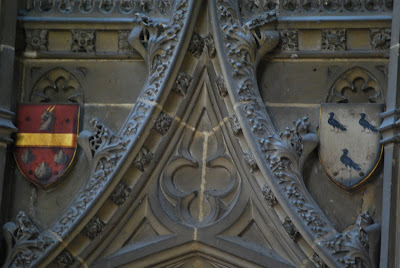 So, he is gone, but not forgotten.