An Admixture of City and County Arms


Kent College in Canterbury is a co-educational independent school for boarding and day pupils between the ages of three months and 18 years. It was founded in in 1855 as the Wesleyan College, Canterbury, and in 1920 was acquired by the Board of Management for Methodist Residential Schools. 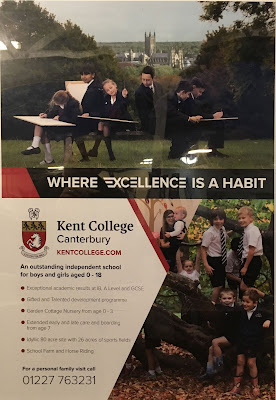 It sits on a 70-acre tract on the edge of the City of Canterbury.

But, of course, what caught my attention was the school's coat of arms, which by incorporating elements from both the City of Canterbury and the County of Kent, allows you to identify its location without knowing anything else about it. 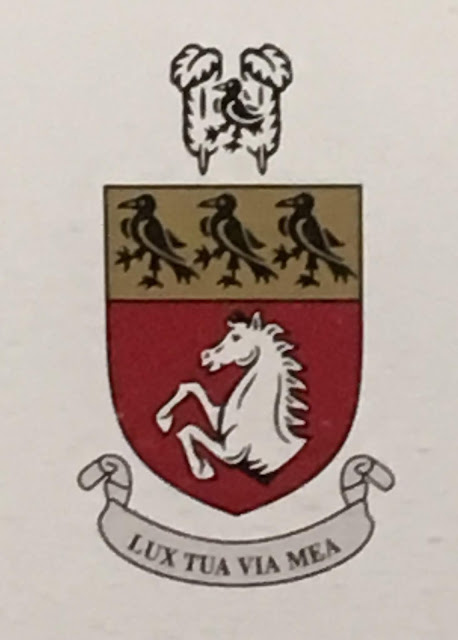 I would blazon the arms as Gules a demi-horse couped forceny argent on a chief or three Cornish choughs sable, with the crest A pair of ostrich plumes argent charged with a Cornish cough sable. The motto is Lux tua via mea (Your light is my way).

I thought it was a nicely designed coat of arms - simple, and readily identifiable - that is certainly evocative of its location in the City of Canterbury and the County of Kent in England.