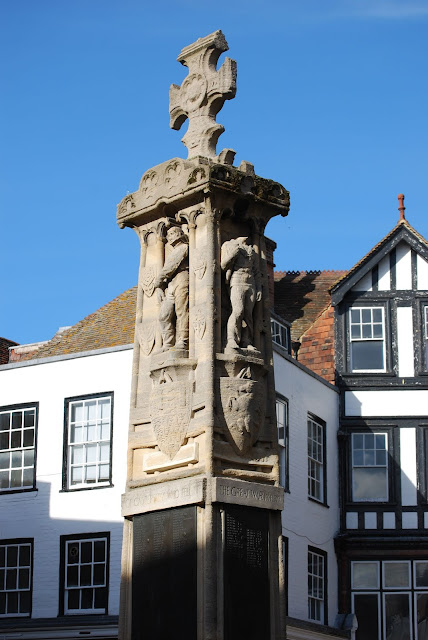 Each of the four sides bears the image of a soldier, sailor, etc., as well as a coat of arms relevant to the city and county.

The first side bears an image of a medieval man at arms, and the arms of the City of Canterbury: 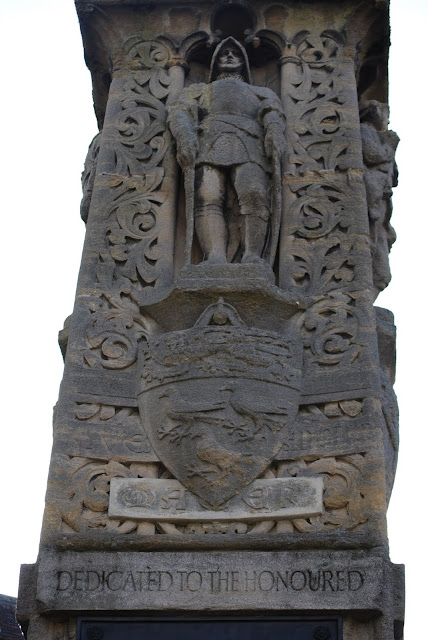 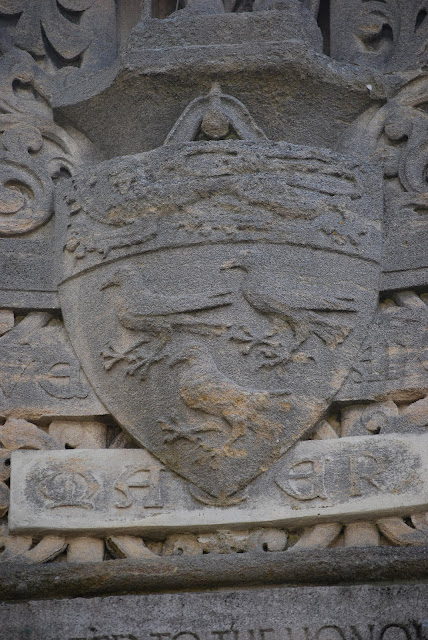 The next side bears the image of a soldier, and the arms of the Archbishopic of Canterbury: 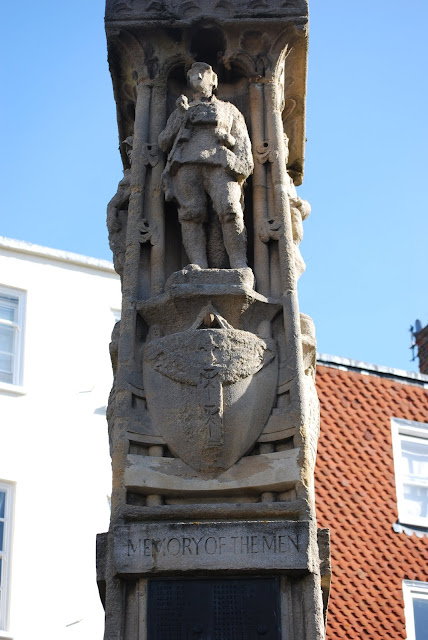 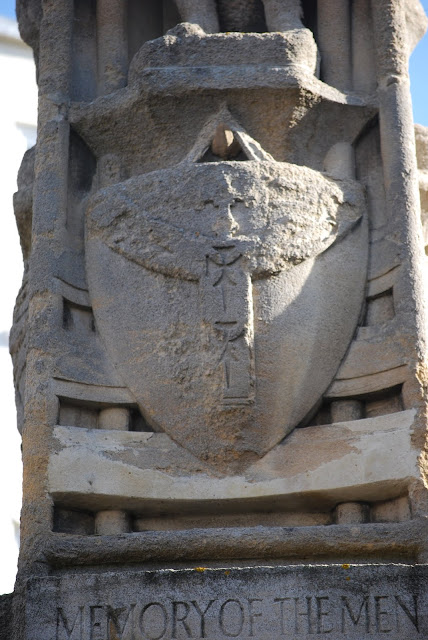 The third side bears the image of a pilot of the then Royal Flying Corps, and the arms of Edward of Woodstock, son of King Edward III, the "Black Prince" (1330-1376), who is buried in Canterbury Cathedral. 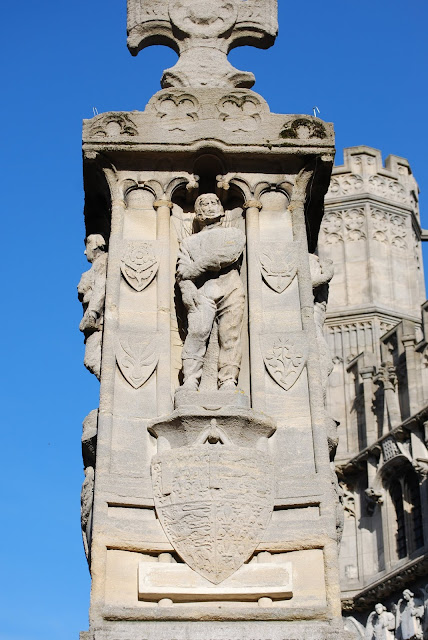 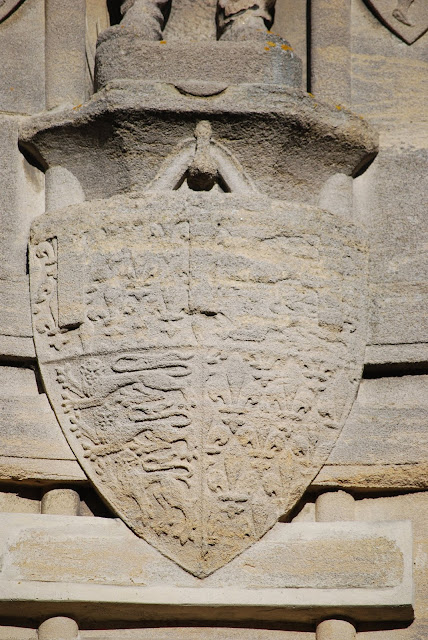 This side of the memorial also bears four other smaller shields, with the floral emblems of (top to bottom, first left and then right) England (a rose), Wales (a leek), Scotland (a thistle), and Ireland (a shamrock). 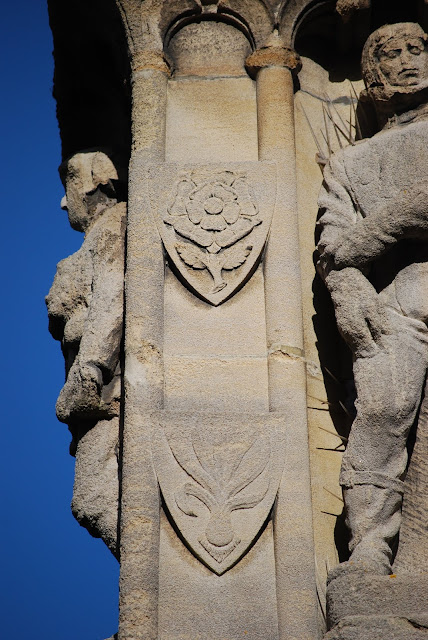 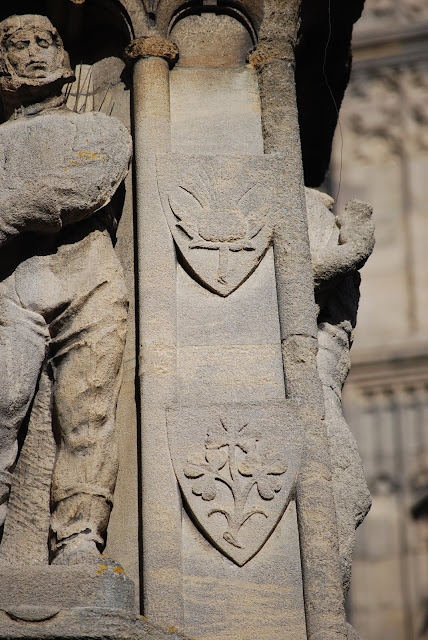 The fourth side of the memorial bears the image of a sailor, and the arms of the County of Kent. 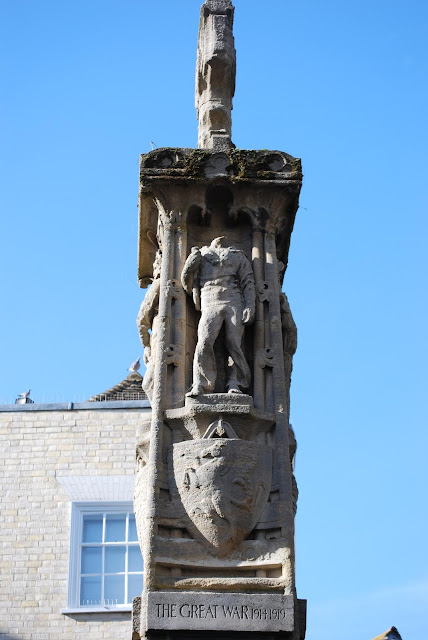 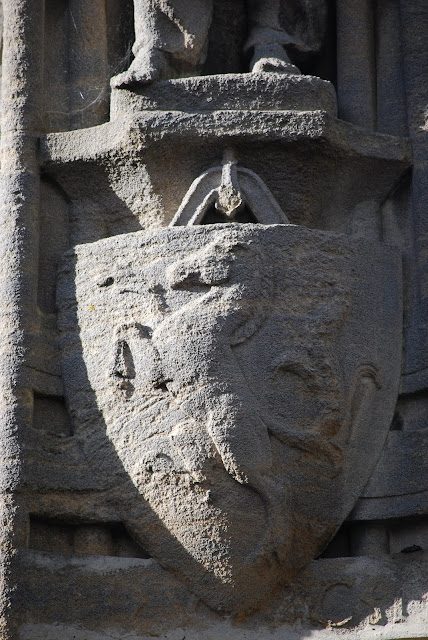 I found it a touching armorial tribute to the men of Canterbury who lost their lives in the service to their country during World War I.