Following our week in Arras, France, we hopped aboard the Eurostar train and took rode through the Chunnel (the Channel Tunnel) to London and then on to Canterbury in the County of Kent, England, where we spent several day wandering about the town and visiting with friends.

We had decided to return to Canterbury on this trip, because the last time we were there, we only had a day in Kent, and spent it visiting three parish churches - one in Sandwich and two in Canterbury - where I had ancestral ties. As a consequence, we had no time at all for the primary tourist attraction in the city, Canterbury Cathedral. So we decided to make up for that this time, and in addition to visiting a lot of the city within the old city walls, spent the better part of a full day at the Cathedral.

The arms of the City of Canterbury (Argent three Cornish choughs proper on a chief gules a lion passant guardant or) were, according to the website Heraldry of the World, first registered at the College of Arms in London in 1619 (exactly 400 years ago!), but they appear on official documents as early as 1380. The birds are taken from the arms ascribed to Thomas Becket, and the lion and chief denote Canterbury's status as a royal city since the 6th Century. The motto is Ave mater angliæ (Hail Mother England).

And the city's arms are to be found depicted in a number of different media all around the old city, not always to denote official government buildings or functions. Witness the arms found on the facade of the Sidney Cooper Gallery, for instance: 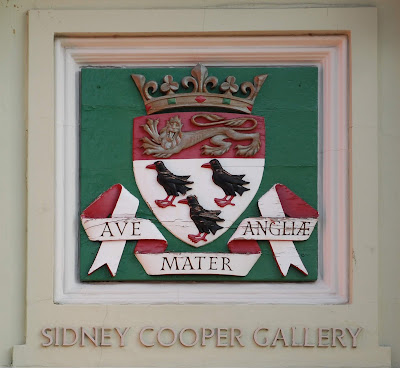 But this next one is definitely for a public accommodation. (If only the public toilet facilities here in the States were denoted with such class!) 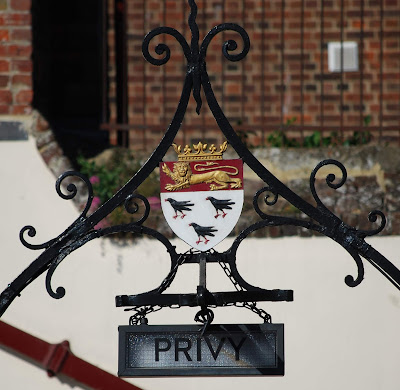 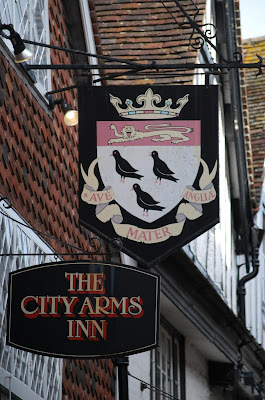 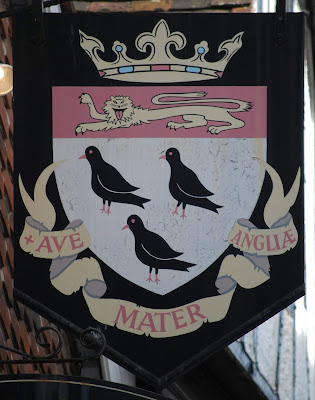 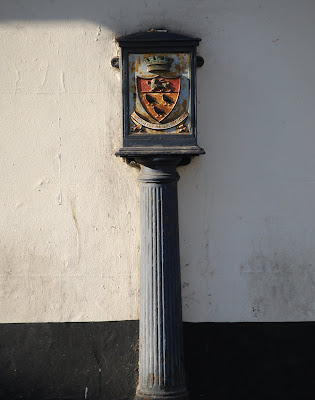 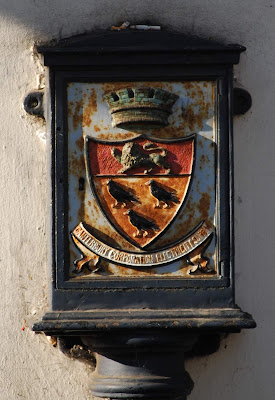 Another "unofficial" use, on the sign of The Old Coach House. (Well, at least they resisted the temptation to name it "Ye Olde Coach(e) House".) 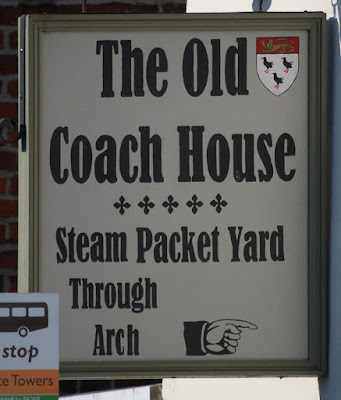 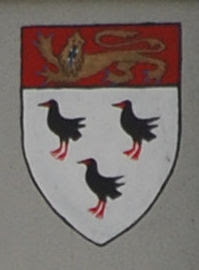 This brass plaque marked the entrance to the Westgate Gardens (just a block down from our hotel, which was just outside of the west gate to the old city). 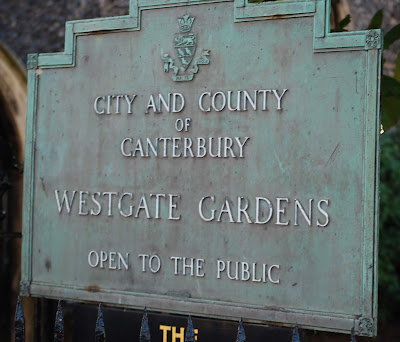 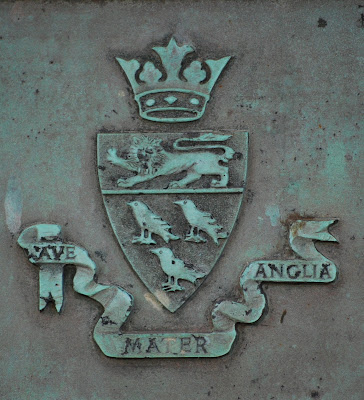 On a City building just off the Westgate Gardens: 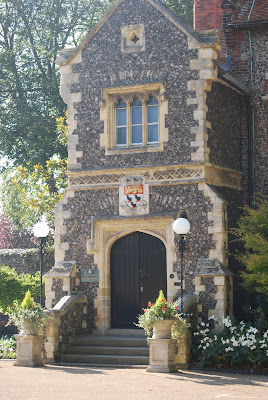 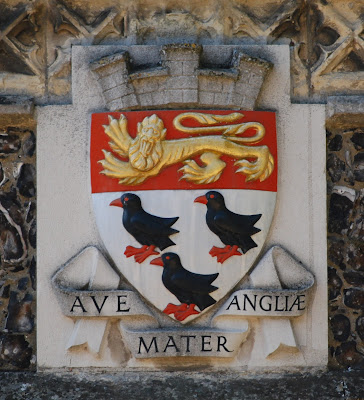 And finally, on two markers on the Guildhall, a former church, where the City Council often meets: 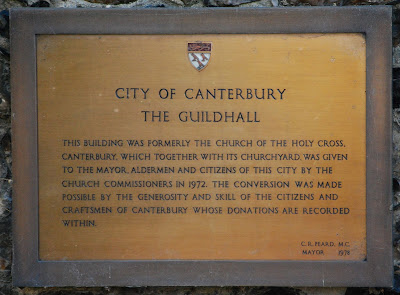 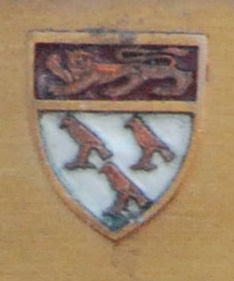 All in all, the City makes a good display of its civic arms, and it was fun to run across all of these versions of it.