The Arms of Canterbury Cathedral


Well, technically, is the arms of the Cathedral Chapter of Canterbury Cathedral, which arms are also used by some closely related entities, such as The King's School (said to be the oldest continuously operating school in the world, having been founded in 597 A.D. by St. Augustine).

In any event, this coat of arms is to be found on and around the Cathedral in Canterbury, in several different media: painted on wood and metal, carved in stone, cast in metal, and painted/printed on a flag.

Some accounts say that the letters on the cross are Greek (iota, chi) and stand for the initial of Jesus Christ. Others say that they are an abbreviation of Christi, and thus properly chi, iota; hence the lower case "i" in some versions.

However blazoned, and whatever the meaning, though, here's a collection, in the order that I found them, of the arms that I saw while roaming the streets of Canterbury:

The Canterbury Cathedral Shop has a very nice selection of souvenirs, mementos, artwork, etc. all available for you to buy. 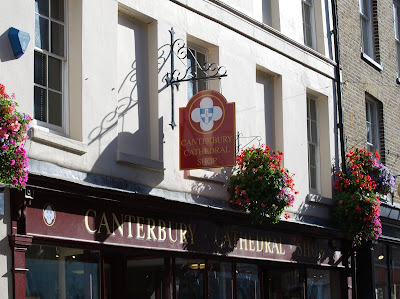 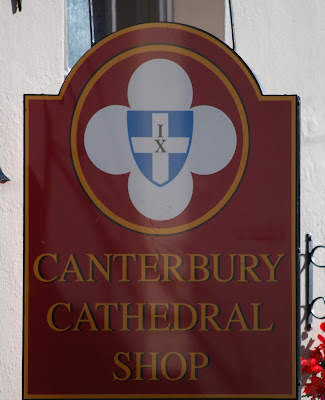 The tower at the entrance of The King's School flies a flag of its arms: 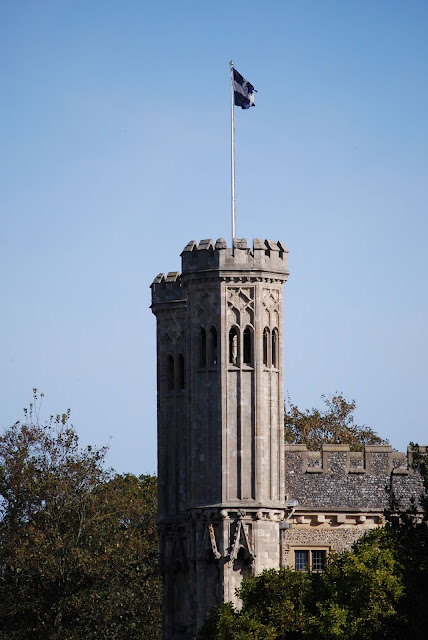 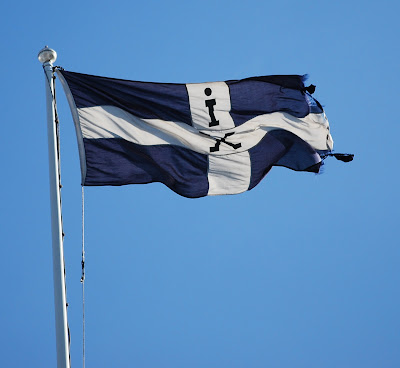 This is your official warning: 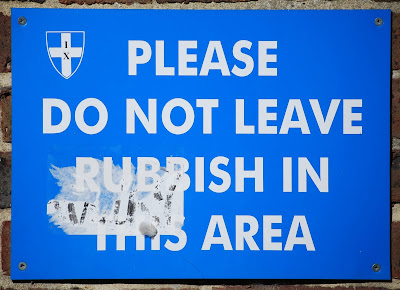 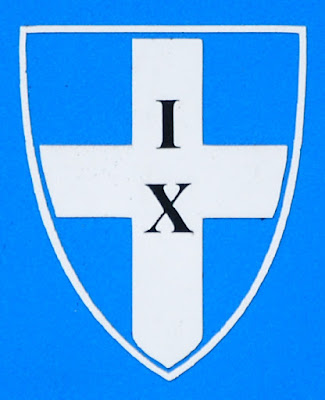 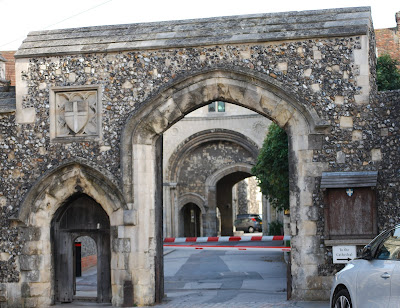 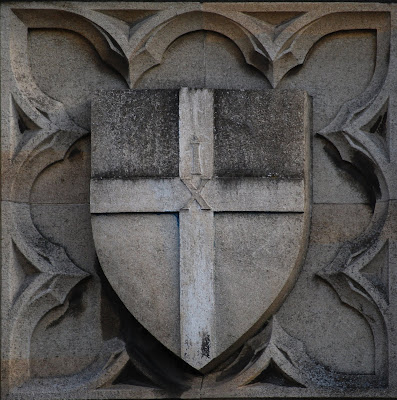 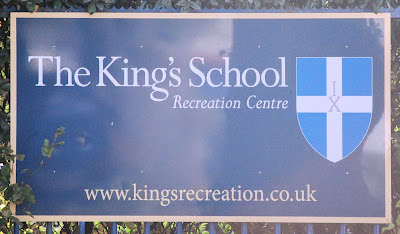 And here we have the arms on and in the Cathedral itself. There is even a small copy of the arms on the blue sign by the side of the gate into the building: 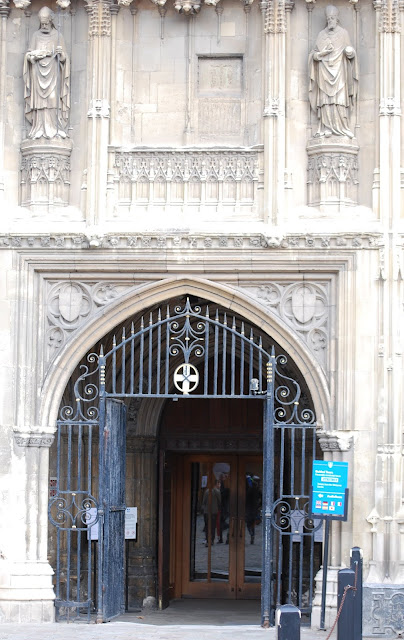 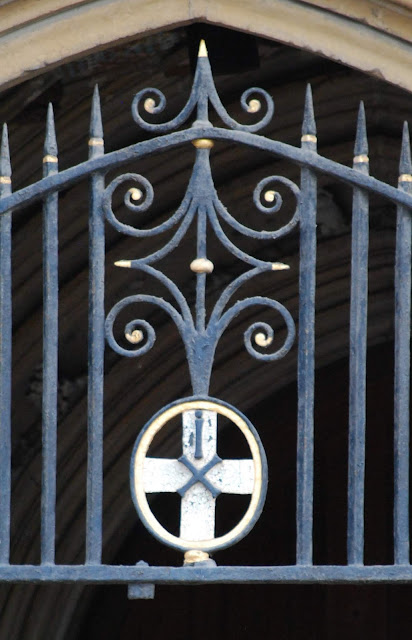 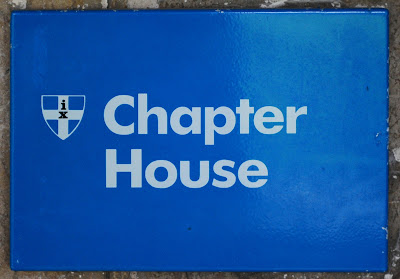 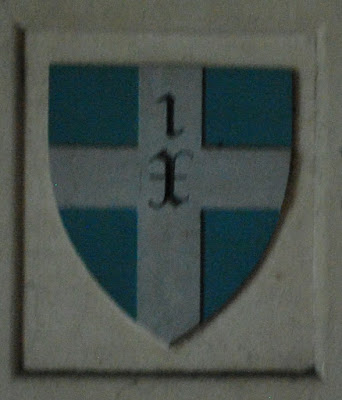 All in all, a fine display of these arms, having been in use for more than 400 years, having been recognized by the College of Arms in 1619.