I recently purchased a new book with an heraldic theme: Oxford College Arms by John Tepper Marlin. (You can find it on Amazon at a very reasonable price, and I am finding it well worth the reading. It covers the history of the various Colleges and the origin and meaning of their coats of arms.) It does have a few minor issues, in that not all of the blazons of the arms are complete (e.g., in the blazon of the arms of Harris Manchester College, the tincture of the field and the number of torches are missing), but the color illustrations of the arms totally eliminate any questions about what the blazons should be.

But on page 23, in the article on Brasenose College, the author touches on a subject about which I have written before:

[M]any (including the author) believe that the mullets and bars of the Washington arms were a decisive influence on the creation of the U.S. Stars and Stripes.


For my earlier take on this topic, and Dr. Marlin's responses to it, you can find my October 8, 2012 post, "An Old Controversy Refuses to Die" at https://blog.appletonstudios.com/2012/10/an-old-controversy-refuses-to-die.html

The flag of the United States of America was officially described in a Flag Resolution passed by the Second Continental Congress on June 14, 1777:

Resolved, that the flag of the thirteen United States be thirteen stripes, alternate red and white; that the union be thirteen stars, white in a blue field, representing a new constellation.


The most recent iteration of that flag, with fifty stars for each of the fifty states, is shown here. 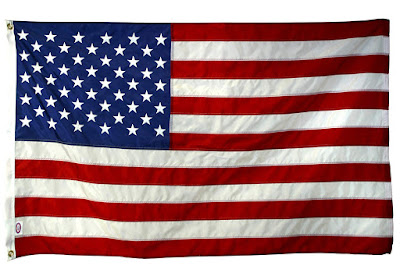 The question is how much, if at all, did the Washington coat of arms (below, from an old postcard) influence the design of that flag. 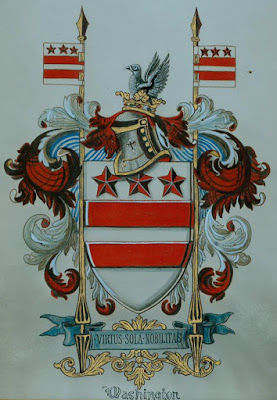 My argument is that the Washington arms had no influence upon the design of the US flag at all, and that the US flag was a simple evolution from a series of flags, generally naval, that logically resulted in the flag codified by the Flag Resolution of 1777.

Thus we move in progression from the flag of the East India Company used from 1600 to 1707: 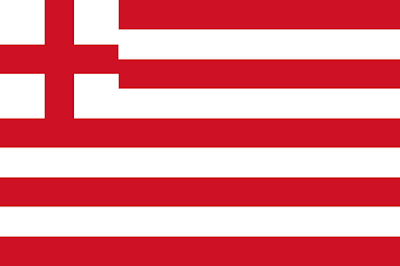 To the flag of the East India Company used following the union of the crowns of England and Scotland, used from 1707 to 1801: 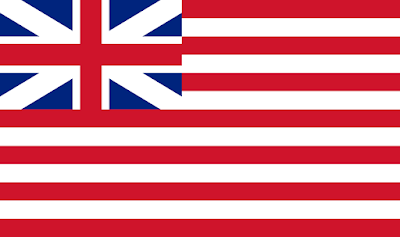 A variant of the first East India Company flag was the so-call Pine Tree Flag of 1776:

We find similarly striped flags in the US merchant ensign used from 1776 to 1800:

And the ensign of the Continental Navy, which added a rattlesnake and motto to the merchant ensign: 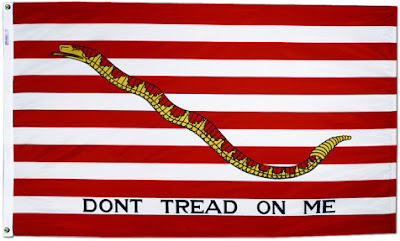 We come at last to the Continental Colors or so-called Grand Union Flag, in use from 1775 to 1777: 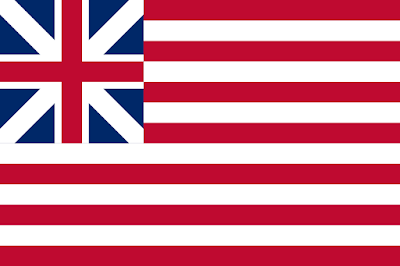 Then, of course, the Flag Resolution of June 14, 1777 was passed, replacing the Union Flag in the canton with a "new constellation," here, arranged in a circle:

This final flag, "Old Glory," simply removes the cross of St. George of England and the cross of St. Andrew of Scotland from the blue of the canton, the "union" of the Flag Resolution of 1777, and replaces them with a "new constellation" of thirteen stars, which were displayed in various arrangements and with varying numbers of points (5, 6, 7, 8, or more) at the whim of the manufacturer or seamster/seamstress, until custom settled on five-pointed stars in the era following America's Civil War of 1861 to 1865. In short, they were replacing one Union with another Union, one a union of two kingdoms joined in one (England and Scotland, since joined by Northern Ireland with a cross of St. Patrick in the modern Union Flag, often called the Union Jack) for a union of thirteen states.

So, the U.S. flag: an evolution from earlier designs, or an homage to a man who, in 1777, had not yet become the "Father of His Country," but was the man leading the Continental Army in a war whose outcome at that point was far from decided?*

I know which one I think is by far the most likely.

* By June 1777, the date of the Flag Resolution, the Continental Army under Washington had: forced the British to evacuate Boston in March 1776 by placing artillery on the heights overlooking the city; lost the city and port of New York in a series of battles from August through November 1776; and convinced the British to evacuate New Jersey in another series of battles from late December 1776 through January 1777. The war continued with mixed results for nearly five more years before culminating in the surrender of Lord Cornwallis at Yorktown, Virginia in 1781.