We are all aware, I presume, that many vineyards use a coat of arms as their brand and place that coat of arms prominently on their wine labels.

Well, the same thing occurs for other beverages. Witness the following two signs I ran across as I ambled my way around Arras, France. 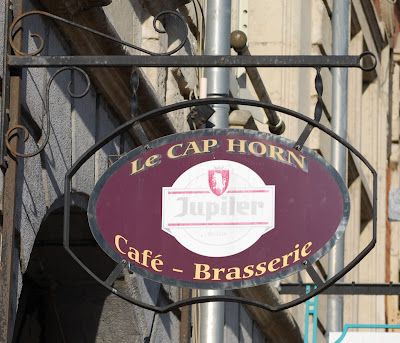 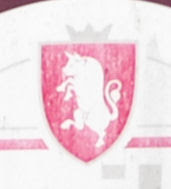 The arms would be blazoned as Gules a bull rampant argent. 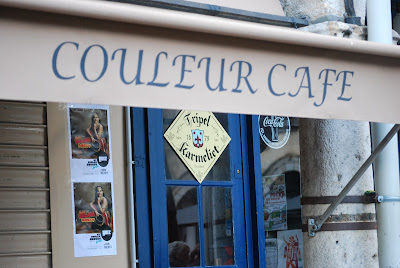 And a little later I found this one on the door of the Couleur Café: 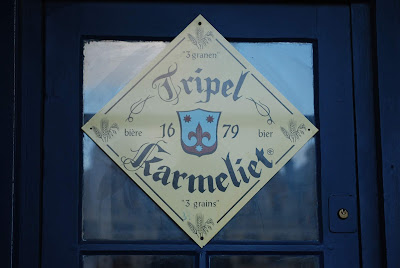 Advertising Triple Karmeliet three-grain beer. (I'm going to assume that "1679" is when the brewery was founded, and not when the beer currently in stock was brewed. Yeah, that's probably the safest thing to do.)

It's an interesting coat of arms, with one of those remarkably German lines of division (something like per chevron ployé the point a fleur-de-lis) between three mullets of eight points. You can find similar lines of division in Siebmacher's Wappenbch von 1620: in the lower right at http://www.wappenbuch.com/A085.htm or even closer in the second from the left in the bottom row at http://www.wappenbuch.com/A081.htm