Getting back after my last several posts to our recent trip to Arras, France, I took the opportunity to walk completely around the Place des Héros. It helped that our hotel was on one corner of the Place, so I just began there and made a circuit of the square in a clockwise direction.

A number of the buildings on the square are marked with what might possibly be considered to be heraldry. I suspect that they are, in fact, heraldry-like shop signs, though I could be mistaken in that suspicion.

Anyway, take a look and see what you think. 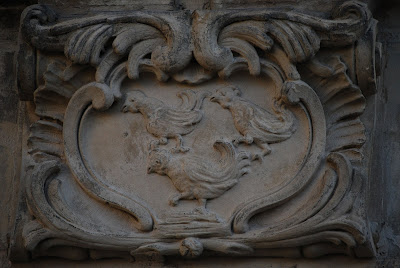 A mermaid (labeled "la Cirene", in English, "the siren") in her vanity (using a mirror and combing her hair) with two ships and a town behind her: 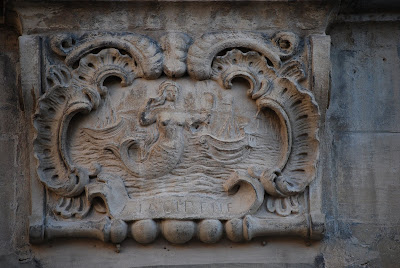 A sailor in a tricorn hat peering through a telescope with a town and two ships behind him: 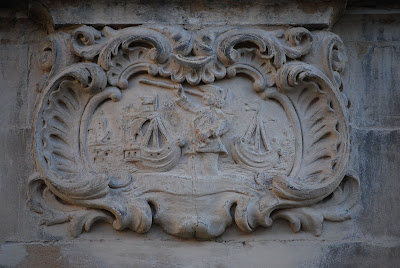 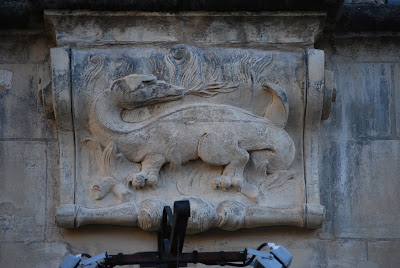 This lovely unicorn passant to sinister: 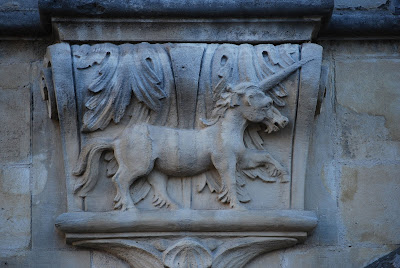 A hen or cock facing sinister: 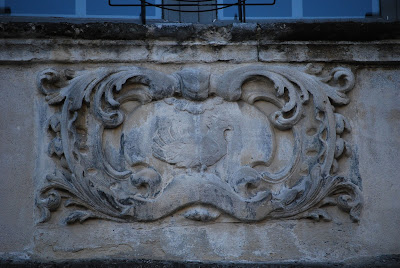 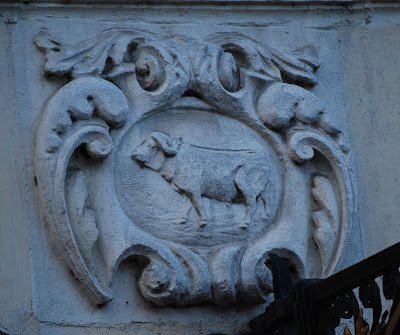 A harp in an olive branch: 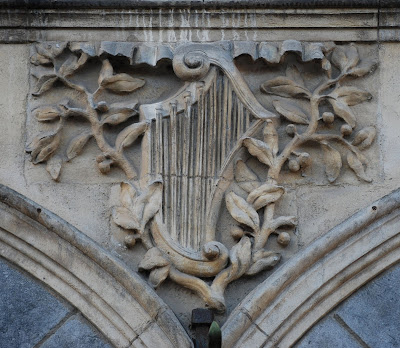 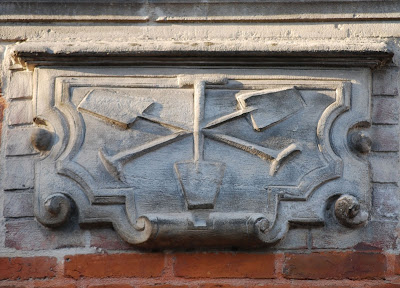 And a hammer (I think a piton hammer, also known as a rock-climbing hammer): 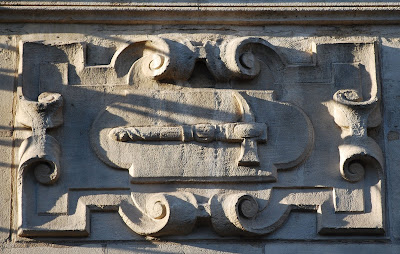 Most of these would make would easily be accepted as a coat of arms. Are they truly heraldry? As I said, I don't think so, but it's possible.