New U.S. Army Insignia Has an Echo of a Famous General's Coat of Arms


A recent (December 6, 2018) article by Meghann Myers in the Army Times features the insignia and shoulder patch designed for the new Army Futures Command, which is a new organization "in charge of leading the Army through its modernization renaissance." 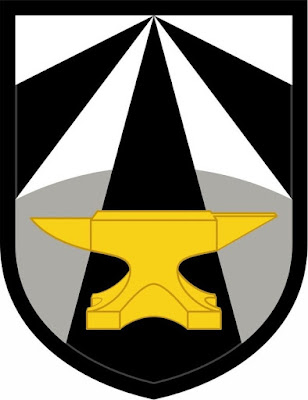 Charles Mugno, The Institute of Heraldry's director, was quoted as saying that: "What we try and do here is keep designs as simple as possible, which is really the essence of what heraldry is about."

A guiding principle with which I completely agree.

The AFC's motto, "Forge the Future," was the primary inspiration for the design.

The article goes on to note that "the anvil motif was very reminiscent of [former five-star general] President Dwight D. Eisenhower's coat of arms," which you may see here below. 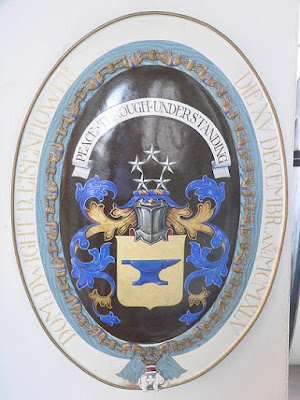 All in all, the AFC's new insignia is an interesting design, meaningful and evocative; the only issue I might have with it is the arched "shadow" across the lower half of the shield, though I can think of a potential rationale - that of moving from the shadowed* past and into the lighted future.

You can find the full article, along with a picture of the cloth shoulder patch of the insignia, on the website of the Army Times at https://www.armytimes.com/news/your-army/2018/12/06/heres-the-new-shoulder-patch-youll-find-on-soldiers-serving-in-the-new-army-futures-command/

Another article about this new insignia can be found on the website of the Stars and Stripes at https://www.stripes.com/news/army-futures-command-unveils-unit-patch-that-features-golden-anvil-1.559704