An Entirely Unexpected Coat of Arms in Arras


At the top of the facade of the building which displayed the arms of the City of Arras which I wrote about last time, was another different, and in this case, entirely unanticipated, coat of arms. 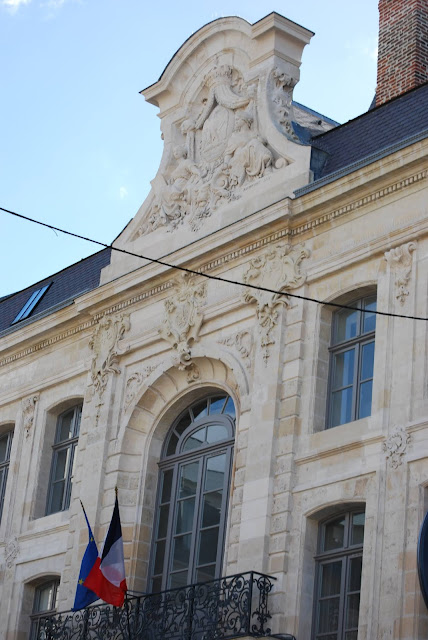 I had noted in an earlier post about how Arras had been about 80% destroyed during World War I. Following the war, the city was rebuilt, and many of the buildings restored to what they looked like before that War.

That restoration even included, in this instance, an historical coat of arms which had been superceded at good 100 years earlier. 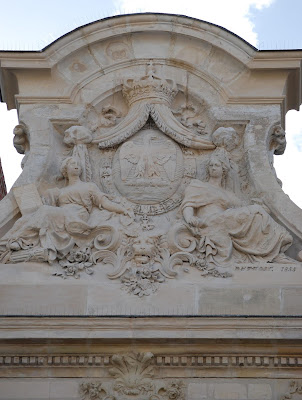 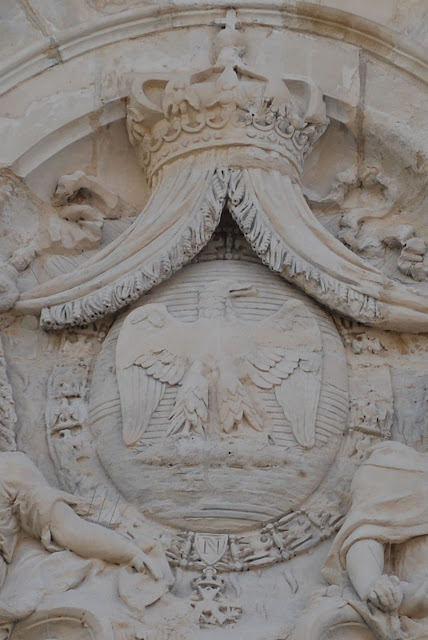 Yes, indeed, my friends! That is the coat of arms of the French Empire under Napoleon Bonaparte. If you look carfully, you can see the hatching on the shield, and the collar of eagles surrounding it, with a shield bearing a large N on its face suspending the Napoleonic Legion d'Honneur. (Or click on the photograph above, to see a larger version where this is even more clear.)