Why Did I Think This Would Be Easier?


Continuing our circuit of the arms on the walls of the church of St. Mary-at-Lambeth, and given the prominence of some of the other coats of arms at the bases of the arches supporting the roof, I thought that determining the ownership of the rest of the arms should fairly straightforward.

Once again, I have been proven incorrect.

The arms in question are these: 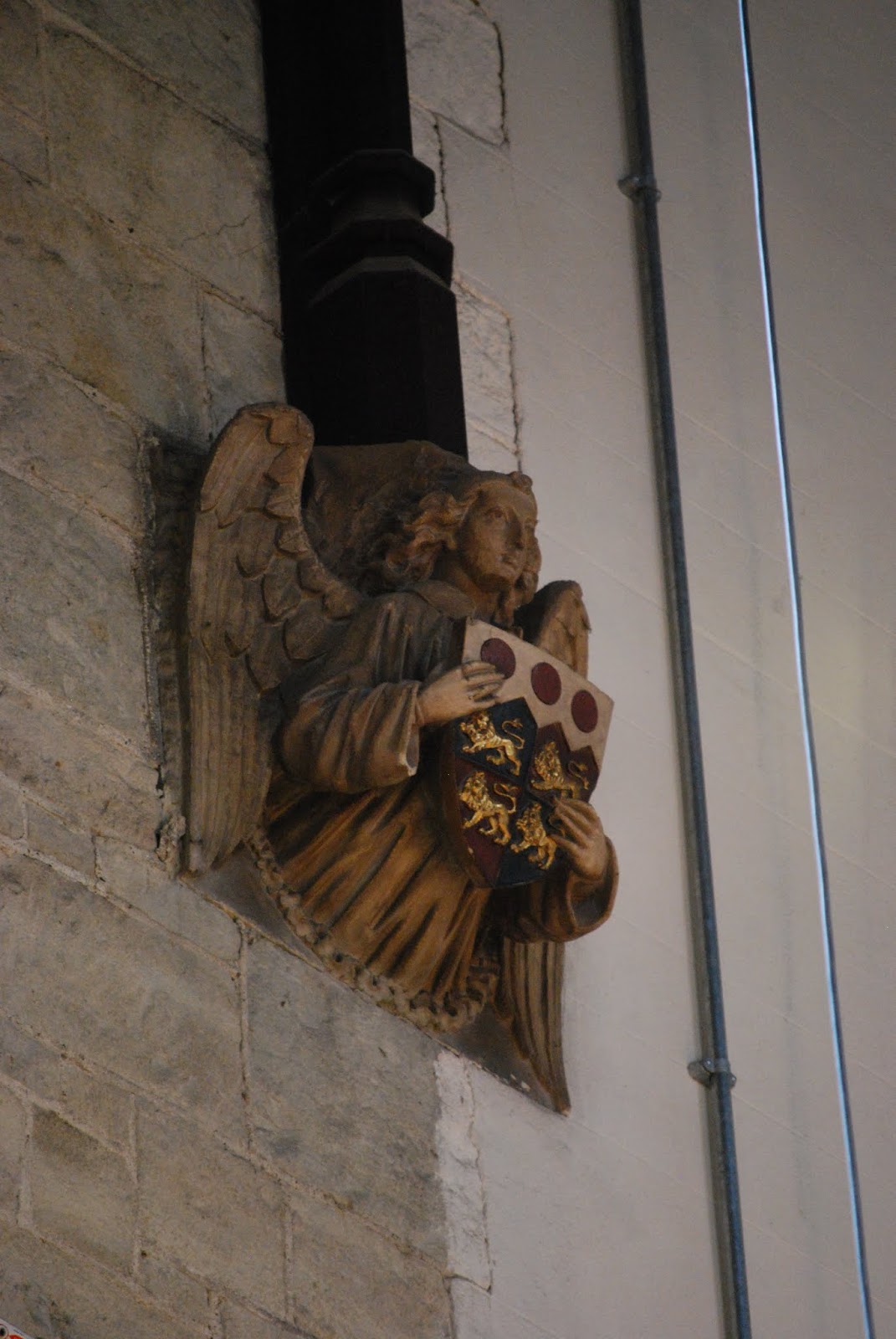 A search of Papworth's Ordinary of British Armorials resulted in this: Quarterly azure and gules four lions passant gardant or on a chief indented argent three pellets, assigned to Thomas Pert.

A close look at the photograph seems to show the roundels on the chief to be gules, not sable. And yet, we all know that sometimes painters will use an incorrect color when repainting a coat of arms, as I have pointed out before in some of the arms in St. Margaret's, Westminster. And besides, I couldn't find any other arms that were even close to this. (The closest was an ancient Welsh coat that was blazoned Quarterly azure and gules four lions passant counterchanged, which is not that close.)

A search through the Dictionary of National Biography and several other sources on-line discovered a number of Thomas Perts, none of whom, so far as I could determine, had a relationship with the church at Lambeth:

Thomas Pert “seems to have the parson at Loddon, and was presumably of the same family as John Pert, a servant of [Thomas] Moone.” Moone was convicted of heresy and abjured a few days later.  (Selections from English Wycliffite Writings, ed. Anne Hudson, p. 160);

And in 1516, Cabot and Sir Thomas Pert (or Spert), then Vice Admiral of England, sailed in two ships to explore the coasts of Brazil and the West Indies for Henry VIII. (I believe, however, that his arms were entirely different from the shield here.)

So, I will (at least for now) admit defeat, and say that I am not certain to whom this coat of arms belongs. Nevertheless, there it is on the wall of St. Mary-at-Lambeth, carved, painted, and gilded, and must have belonged to someone at sometime.