There are other coats of arms held by angels which support the roof arches in St. Mary-at-Lambeth (now the Garden Museum), which I feel I ought to share with you, but most of which I have been (so far) unable to identify. 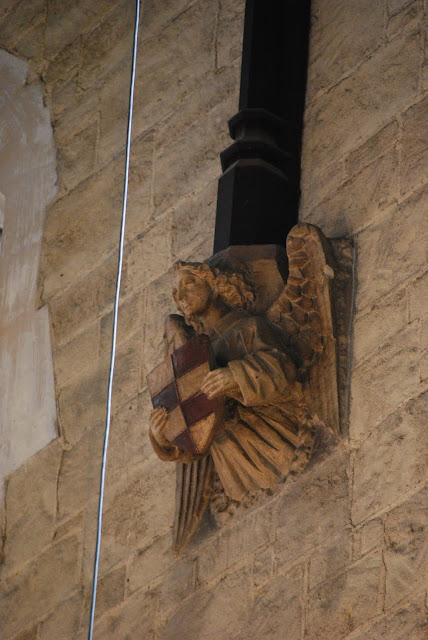 The arms above, Barry of four argent and gules per pale counterchanged, I have been able to identify only as Barrett. I do not know which Barrett. Papworth's Ordinary of British Armorials ascribes it to "Barrett, Bellhouse, Essex." I have been unable to narrow that attribution to any individual who had a connection to the church here.

The guidebooks and on-line information I can find about the church and the Garden Museum regarding heraldic memorials here tend to focus on the larger, more famous memorials in the churchyard, e.g., the tomb of Rear Admiral William Bligh (of HMS Bounty fame) and his family, which I discussed in my post of November 10, 2014 (https://blog.appletonstudios.com/2014/11/entirely-unexpected-heraldry-in-london.html), and that of John Tradescant, Sr. and John Tradescant, Jr., which I will include in an upcoming post. They have next to no information on the smaller memorials in the interior of the church.

Of these next several coats of arms, I have not even been able to narrow down to a single surname; for example, the husband's arms (on the left) in this next one is ascribed to some 39 different surnames (not counting spelling variants) in Papworth. The identification of the wife's arms (to the right) may rest on the accuracy of the painting of the arms: if it is Gules a chevron argent between three lions rampant or, then the surname is Heely/Heeley or Langton. If however, it is Gules a chevron between three lions rampant or, then there are eight potential surnames (ignoring spelling variants) in Papworth to try to track down. And, really, I only have so much time in a day to be able to devote to hunting down the owners of these arms. 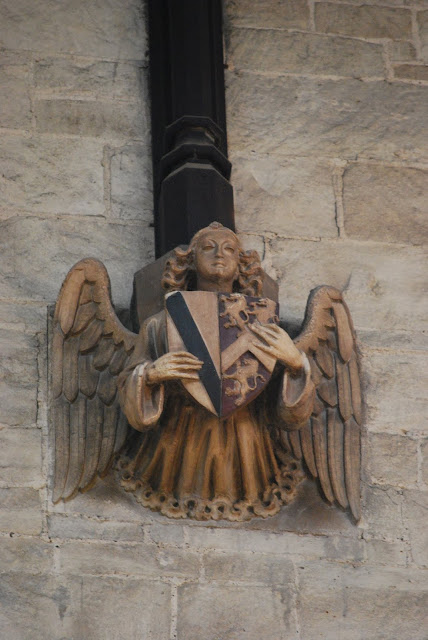 For the rest of these carved and painted shields in the church, we have: 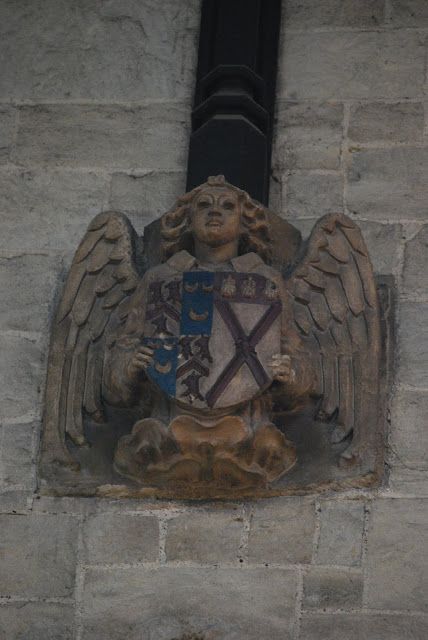 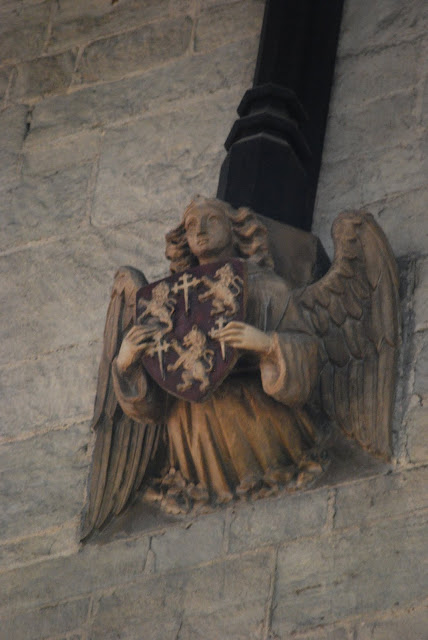 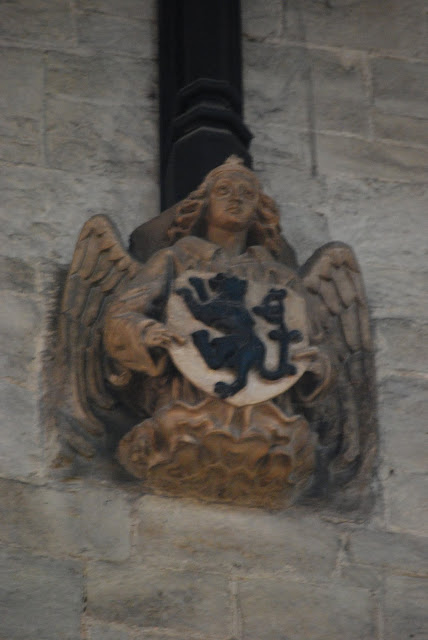 Once again, this last one has too many possible bearers to chose from. Papworth's ascribes Argent a lion rampant queue forchy sable to eight different surnames (again, ignoring spelling variants), from Barynton through Stanlow. (And even that good an identification assumes that I have interpreted the shield correctly. Which it is possible that I have not. Shocking, I know, but nevertheless ... possible!)

Still, though, even without being able to identify the owners of all of the shields at this point, it is a wonderful display of heraldry in an historical church in London, England.