Burgh Arms In and About St. Michael's


In addition to the various Royal Arms in various places in St. Michael's Church in Linlithgow, Scotland, there are also a number of depictions of these arms:

On some of the ceiling bosses: 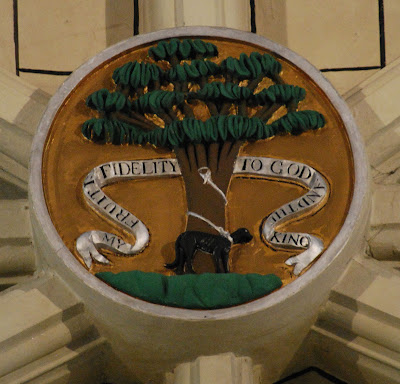 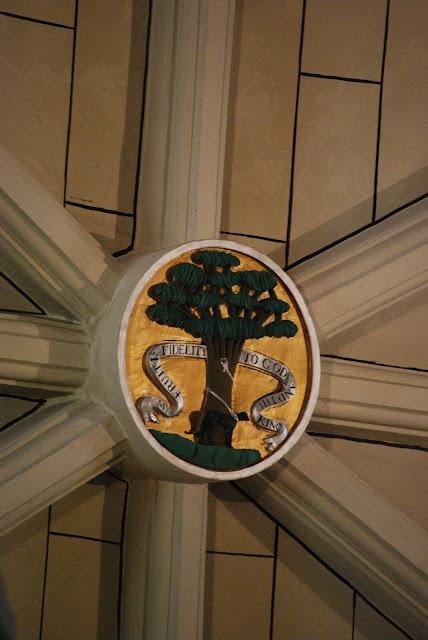 And behind the main altar: 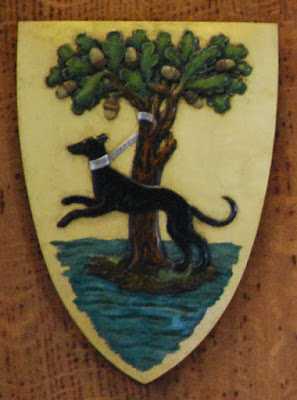 They are the arms of the Burgh of Linlithgow, a Royal Burgh created about 1138 by King David I. The arms were granted July 16, 1673, and are blazoned Or a greyhound bitch sable chained to an oak tree within a loch proper. The motto is My fruit is fidelity to God and the King.

The arms may be canting; one of the possible meanings of Linlithgow is "the lake of the gray dog."

Nearby, outside St. Michael's, I also found these two armorial roundels: 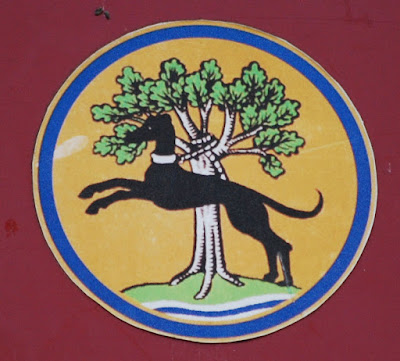 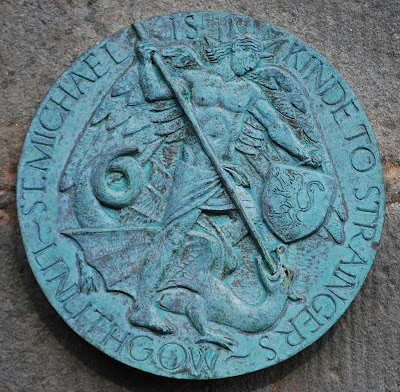 The first, of course, is yet another rendition of the arms of Linlithgow.

The second is an alternate coat of arms sometimes used by Linlithgow, Azure St. Michael slaying a dragon beneath his feet with a lance in his dexter hand and holding in his sinister hand a shield of the Royal Arms of Scotland [Or a lion rampant within a double tressure flory counter-flory gules].

The motto more usually seen with these arms is Collocet in cœlis nos omnes vis Michælis (Michael's strength sets us all in heaven). The one used here, St. Michael is kinde to strangers, seems to me to be at odds with his depiction as slaying a dragon who, not being native to Scotland, must be considered to be a stranger, I think. But maybe that's just me. ☺