St. Michael's Church in Linlithgow is a substantial edifice, and so it is not surprising to find examples of the Royal Arms there.

For example, the Royal Arms of Scotland;

On a panel behind the altar; 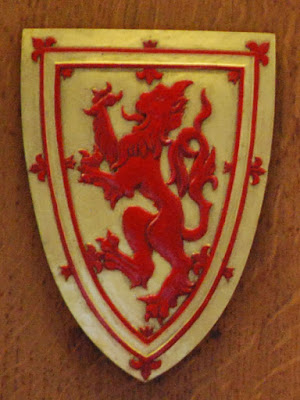 Another on a ceiling boss; 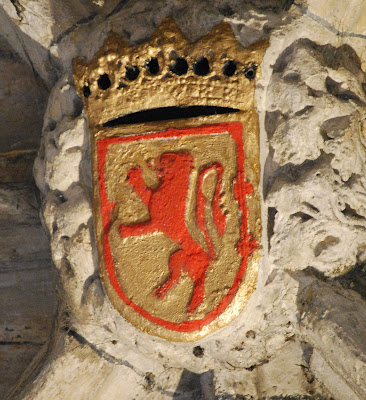 And even in one of the needlework tapestries which depict events from the history of the church. 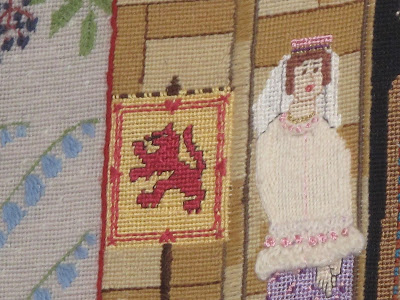 There are also the Royal Arms of the United Kingdom as used in Scotland:

Again, from a panel behind the main altar; 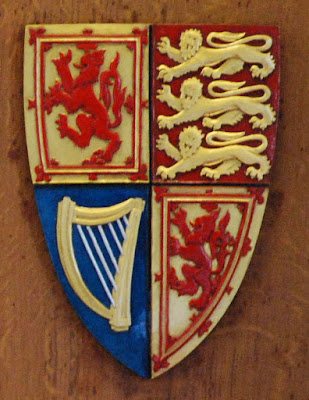 And a Hanoverian carved achievement of arms (King George I and/or II) mounted on some of the stonework. 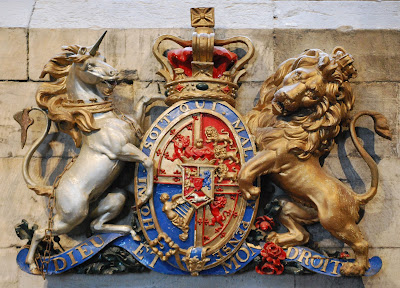 There is even, in another one of the needlework tapestries there, the Arms of the United Kingdom under the Commonwealth. 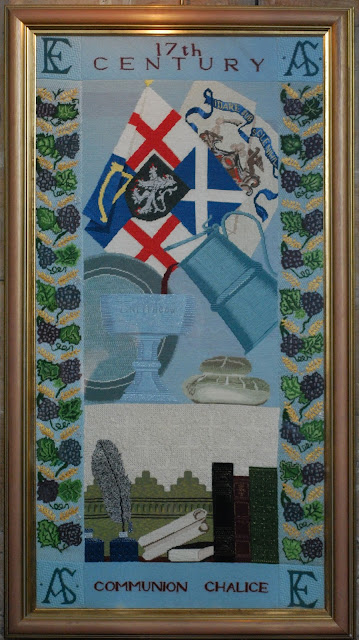 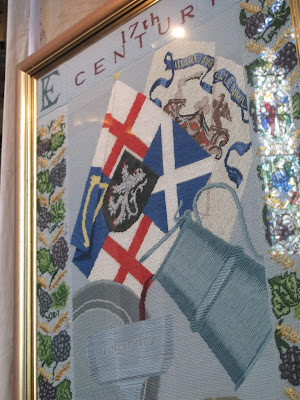 The arms depicted are, of course, Quarterly: 1 and 4, Argent a cross gules (for England); 2, Azure a saltire argent (for Scotland); and 4, Azure a harp or (for Ireland), on an inescutcheon of pretense, Sable a lion rampant argent armed and langued gules. (This last is the arms of Oliver Cromwell, Lord Protector of the Commonwealth. Nothing quite like saying, "Yeah, that's me. I'm the boss" heraldically.)

It was really nice to be able to see some of the historical, as well as the current, Royal Arms in the church.