Is It Heraldry or Not?


On the exterior of the vault for the Duddingston family on the south side of the chancel is an old plaque inset into the wall. 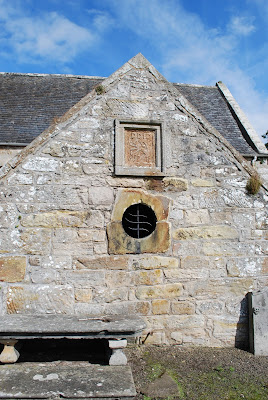 It's worn, as you would expect from something that's been left out in the Scottish weather for all of these years (look so good you would not, hmm?), but much of it remains clear. I just can't decide if it's really heraldry or not. 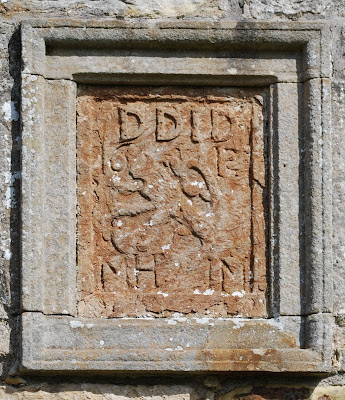 There's a rampant lion in the center which may or may not be placed on a shield. (You can click on the image above to see a larger, more detailed version.)

The arms of Dundas of Duddingston (to give this branch of the family its full name) were Argent a lion rampant with a heart between its paws gules. Their crest (not shown on this plaque) were A dexter hand holding a star azure, and their motto Essayez (Try).

The plaque is sufficiently worn that I cannot tell if there is (or is supposed to be) a heart between the lion's forepaws, but there is certainly sufficient room for one there. Presumably all of the initials carved onto (and into) the plaque are the initial of some of the family members buried in the vault at the church.

I'm not sure that it's actually a coat of arms, but it's almost certainly heraldic.