These windows - of the Madonna and Holy Child, St. Theresa, and St. Margaret - were commissioned in memory of his mother by a Polish officer (who wished to remain anonymous) of the 10th Polish Mechanised Brigade which formed in Douglas during WWII. The windows were created by Miss Lalia Dickson, who exhibited at the Royal Scottish Academy sporadically between 1936 and 1957.

The central window of the Madonna and Infant Christ displays the coat of arms of Poland (though the eagle here, while usually crowned or, is crowned argent here). 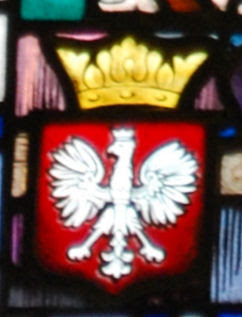 The south window, of St. Margaret, has a shield which is probably meant to symbolize Edinburgh, though it is not Edinburgh's coat of arms. Here, the shield would be blazoned Azure a triple-towered castle argent. 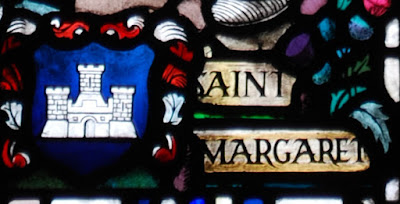 The north window, with St. Theresa (probably St. Theresa of Lisieux given the presence of the flowers), displays an as-yet unidentified coat of arms. 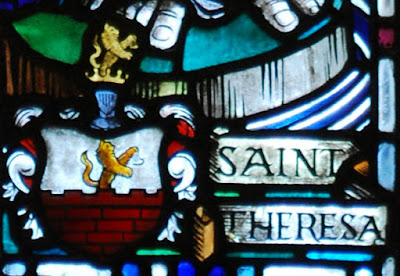 The arms of Krakow, Poland have been mentioned as a possibility, but a quick comparison of the arms here with those of Krakow (immediately below) are very much greater than the differences between the arms in the south window and those of Edinburgh. 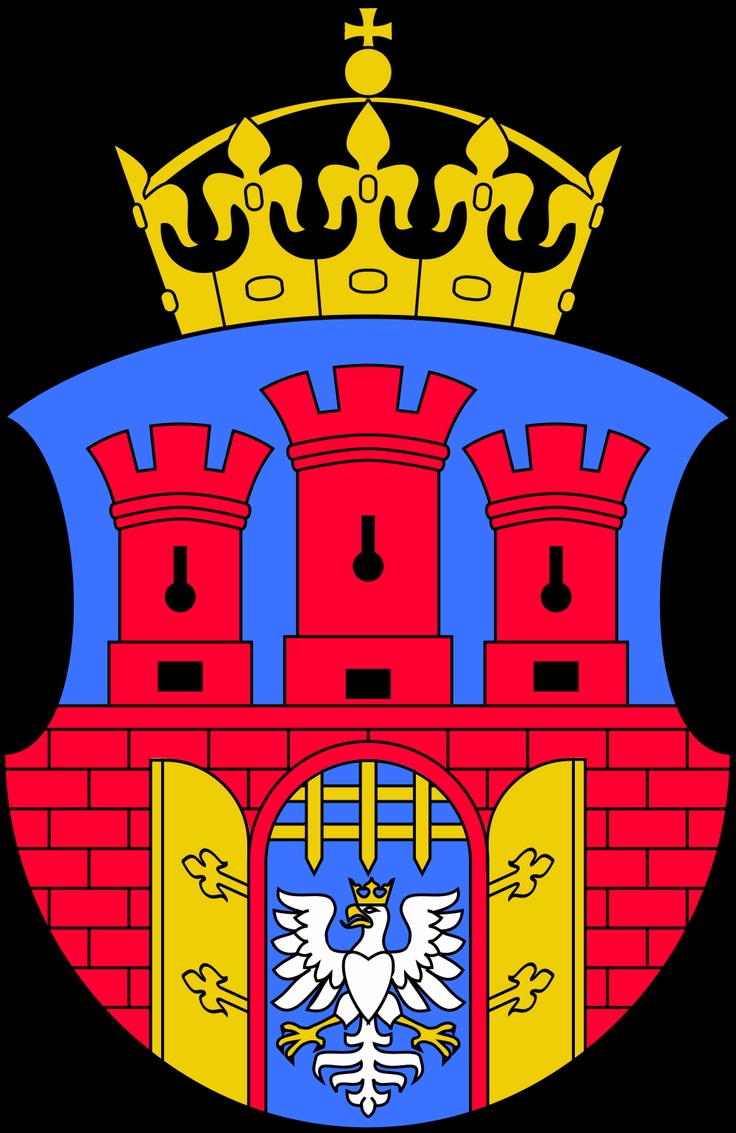 I do not believe that Krakow is a likely candidate, but I do not have a better suggestion to make at this time. It is very difficult to make out what the lion is holding in its paw, though a ring of keys is certainly a strong possibility.

In any event, these three windows are a beautiful (and heraldic) tribute to a man's mother.

UPDATE: I ran across this depiction of the arms of the Polish herb Zaremba done by Tania Crossingham. There is an obvious similarity to the arms in the window here, though there are some clear differences, too (the lack of the gems in base, and the lions here appear to be holding something in their paws). 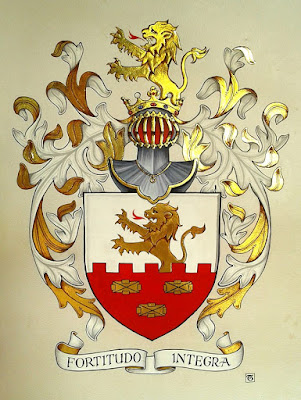