So there I was, just sittin' at the airport between the cities of Midland and Odessa, Texas, waiting for my flight home after a long day of presentations to the Permian Basin Genealogy Society there.

If you've been reading this blog for any length of time, then you know that I often have said that, "You can find heraldry everywhere!" And it proved to be true once again. 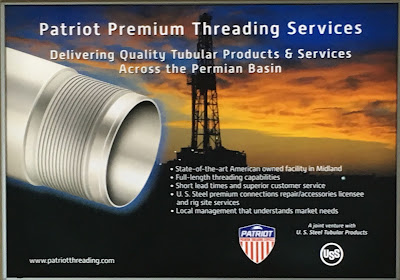 But, of course, what really caught my eye (and yours, too, already, I suspect) is the company's logo, a shield based on the coat of arms of the United States of America (though I don't know that the designer knew that's where the design comes from): 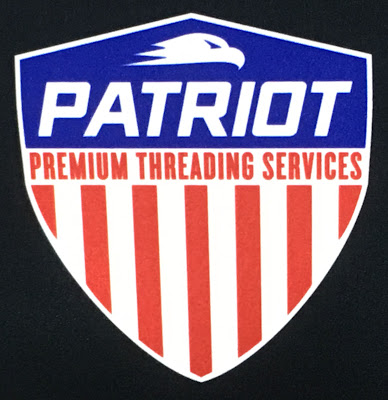 Unsurprisingly, there are some differences between this logo and the arms of the U.S. The latter are blazoned Paly of thirteen argent and gules a chief azure. Here the paly is of the correct number (13), but the tinctures are reversed, being here gules and argent, and they've added an eagle's head (presumably from the bald eagle supporter of the arms of the U.S., but I have also noticed a passing similarity to the logo of the New England Patriots football team. See the image below) and the word "Patriot" to the chief, while adding the rest of the name of the company below the chief. 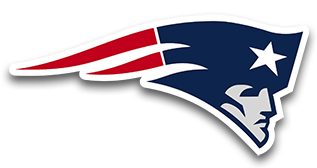 Finally, here's a late 18th Century depiction of the arms of the U.S. for comparison: 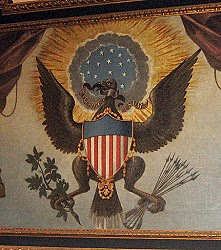 Still, I suppose, if you're going to have the word "patriot" in your company's name, you might as well go ahead and use elements from the arms of the nation, too. How else would anyone know that you're a patriot, if you didn't, right?

Still, it was fun to see something heraldic in an unexpected place, and it helped make the wait for my plane pass a little faster.