In my last post, I included a photo of the arms of Howard from an armorial stained glass window in the Hutton Rooms of the Burrell Collection. These rooms are reconstructions of three rooms from Sir William Burrell's home, Hutton Castle near Berwick-on-Tweed: a wood-paneled drawing room, hall, and dining room with their furnishings.

The rooms are kept pretty dark, and are roped off so you can't walk into them, but that dark means that you can really see the splendors of the armorial stained glass in the windows to their best effect. Here are some of the arms to be found there. There was nothing identifying these arms in the rooms, and so I am making some tentative attempts here using Papworth's Ordinary of British Armorials and a few other sources.

The Royal Arms of England, of course, and those of the Prince of Wales as heir to the English throne: 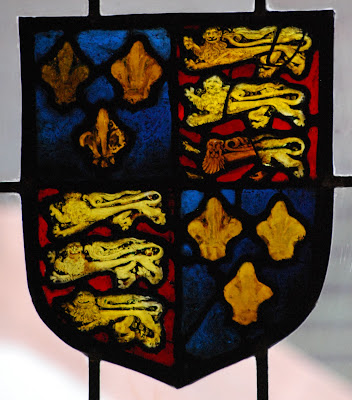 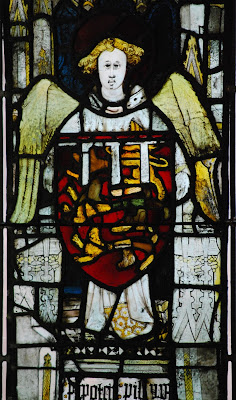 Its difficult to be certain of the charges on the chevron the dexter arms on this coat, but if they are fishes, then this is likely the arms of Penniles, Argent on a chevron azure three fishes or. The arms on the sinister side may be Maunsell, Gules a fess argent. 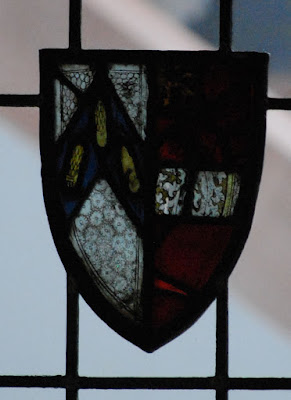 I hope that the lion's face in the arms below are simply a re-use of some earlier stained glass, though I have to admit that I find his expression somehow appealing. If the arms are meant to be Azure a cross or, there are too many possibilities in Papworth's for even a tentative identification without additional information. 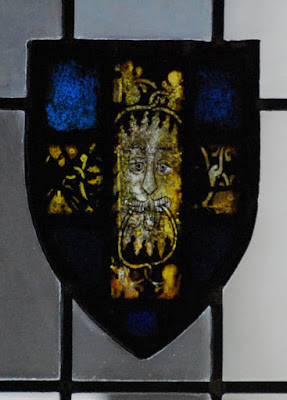 I'd blazon the following arms as Vair a chief quarterly gules a lion passant gardant or and azure two roses or. Its a very distinctive design, but I've not found who it belongs to yet. 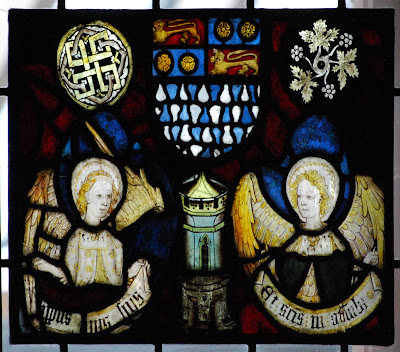 Or three fleurs-de-lis sable are the arms of Bereford, Fors, or Mortimer. 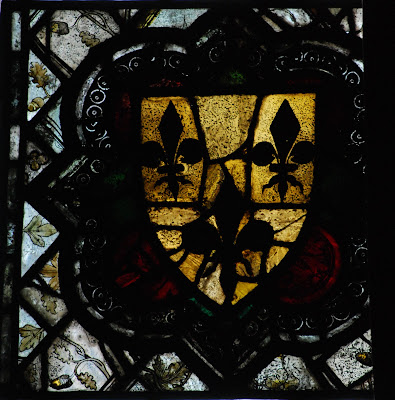 The arms to dexter appear to be Tierney, Argent a chevron sable and a chief gules. I'm not certain how to parse the arms on the sinister side of the shield; it looks like three different coats in an odd "quartering." 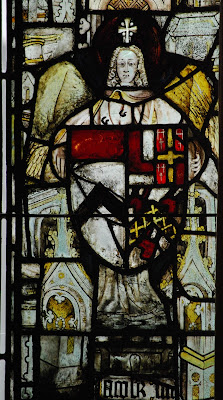 The coat (and the dexter coat on the one immediately following) this shield looks like Or on a chief azure three lions rampant or, is most likely Lisle or Lisley. 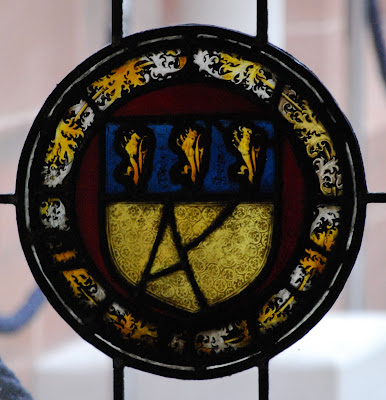 The sinister coat, Sable a bend or between six plates, is attributed to Bubbewith. 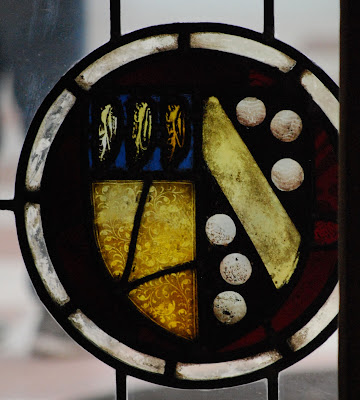 I have to assume that the gold spots all over the lion in these arms are intended to be there, making this Argent a lion rampant azure bezanty crowned or, but I cannot find an identification in Papworth. 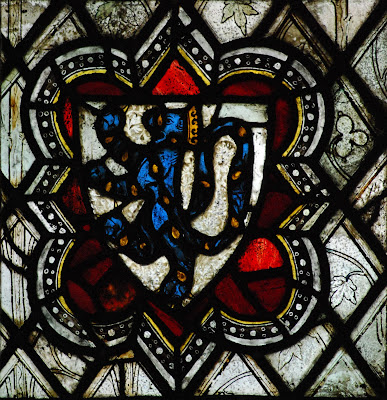 I suspect these arms are more religious than personal, representative of the wounds on the body of Christ. I've not found an identification for it, though. 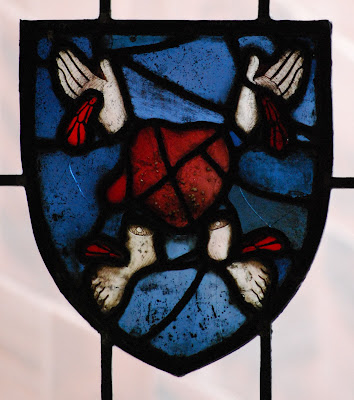 Gules a fess between six martlets or has too many entries in Papworth for a certain identification, though Beauchamp is a strong possibility. 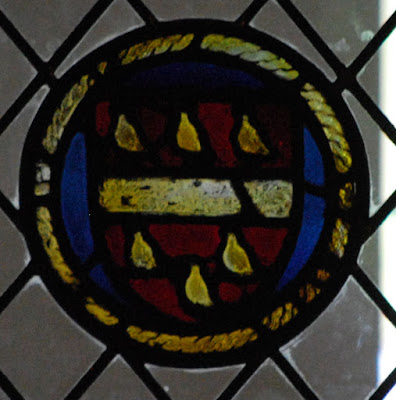 Argent a chevron gules between three broad arrowheds sable is borne by Walsh. 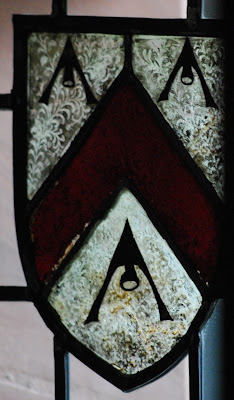 Argent a chevron gules between three leopard's faces azure is borne by Chamberlaine, Gibbs, and Gibons/Gybons. I'm not quite sure what to make of the "engrailed to base" in the depiction here, but I don't find these arms with a chevron engrailed gules in Papworth. 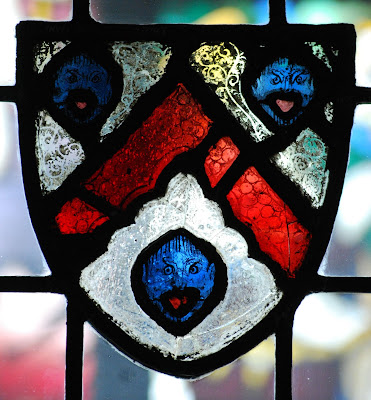 These final two complex coats from the Hutton Rooms (the first, Quarterly of seven, and the second Quarterly, impaling grand-quarterly) I'm not even going to attempt to identify. They are included here just for the pleasure of looking at them. Enjoy! 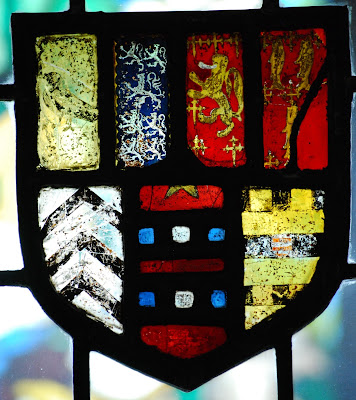 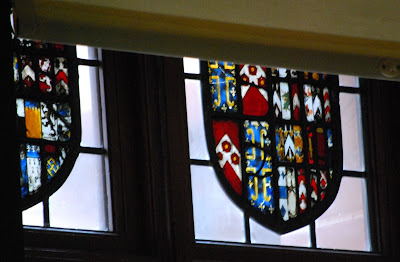