Another Item for the Heraldic Dining Room Setting


In the same area of the Burrell Collection as the tin-glazed earthenware highlighted in my last post, there was also this really nice (almost understated, really) 17th Century German armorial stoneware and pewter tankard. 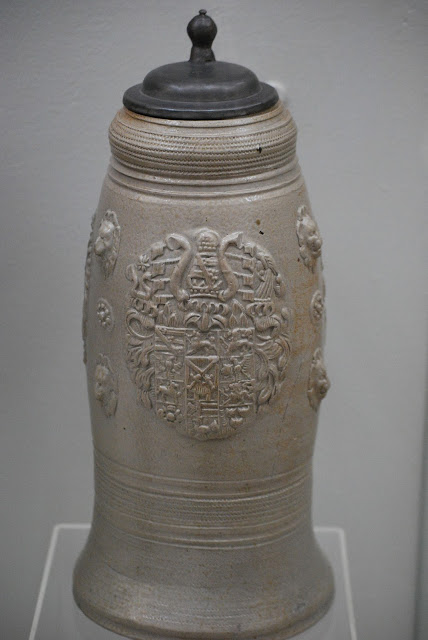 If you're serious about your beer-drinking, and your heraldry, you need a tankard like this!

The arms, of course, clearly relate to the German state of Saxony (Sachsen): 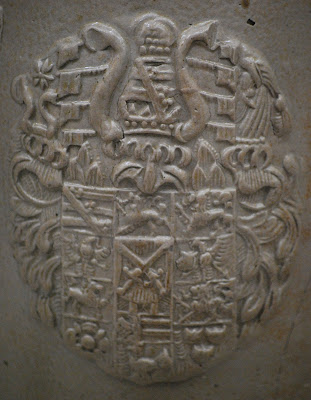 The first quarter of the shield (in the upper left) and the crest (above the helm) have a slightly simplified version of the lesser arms of Saxony, Barry sable and or a crancelin vert. The inescutcheon in the center show the crossed swords of the Imperial Arch-Marshal of the Holy Roman Empire.

It's all very fancy, with lots of quarters on the shield with lions and eagles, and three helmets and crests, and yet because it's all cream-colored throughout, it feels a little understated. ("Yes, I'm important, but don't mind me; I'm also just a regular beer-drinking guy.")

All in all, it's a very nice tankard, and I'm glad to have been able to see it, and also to be able to share it with you.