Further into the Burrell Collection, we saw this very nicely done and highly detailed stained glass window of Christ Carrying the Cross done in Cologne, Germany in the late 15th Century. 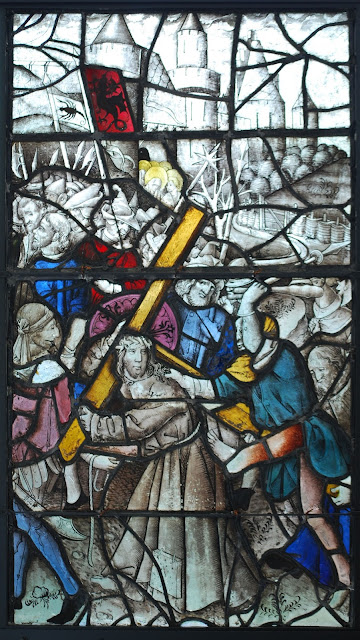 As I said, nicely done and highly detailed, a beautiful example of the art.

What caught my eye, of course, was not so much the central figure, but the two heraldic banners near the top. 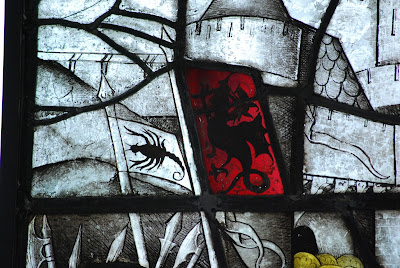 I suppose that I'd blazon them as (l-r): Argent a scorpion fesswise sable and Gules a wyvern erect sable. (A German blazon would make the last charge a drache, a drake or dragon; Continental blazons tend not to differentiate between the two-legged and four-legged varieties of dragons the way that English blazon does.)

I can't say for sure if these arms are supposed to represent the Devil or not,* but they are certainly being carried by those persecuting the central figure of Christ and clearly working towards his death, so at the very least, the arms represent the minions of Satan, if not the Deceiver himself.


* Satan is often given the attributed arms Gules a fess or between three frogs vert. The banners in the window are clearly not these. 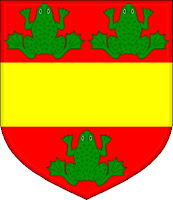