The Beaumont and Ramsden arms in old stained glass panels were not the only such arms to be found in Provand's Lordship in Glasgow.

Other such panels found there include the related families of Copley and Wortley: 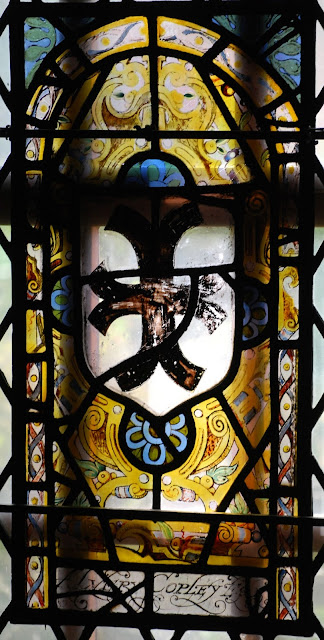 Sir Francis Wortley, Bt.: Created a baronet in 1611, the title expired with his son, Sir Francis Wortley, the second baronet. Argent on a bend between six martlets gules three bezants. Burke's General Armory gives the crest, not shown in this window, as An eagle’s leg plumed on the thigh with feathers argent.

Leonard Jansen, dated 1681, about whom I have been been unable to find more information. The arms are unusual, and I suspect not English: 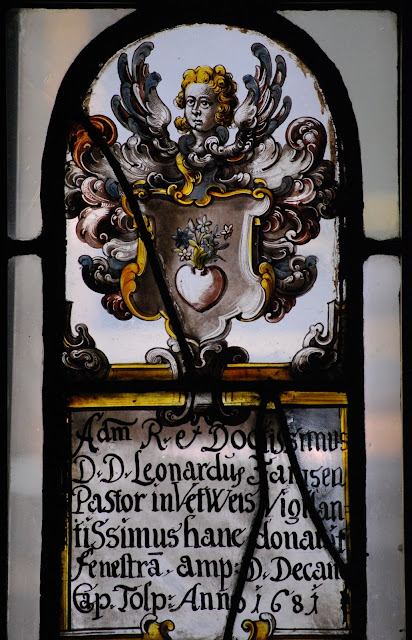 Set into a large window there are several armorial panels: across the top, there are four unidentified coats of arms which appear to have been done in black and white, and in another panel a coat of arms which is unnamed but dated 1644: Argent three lozenges gules. Papworth's Ordinary of British Armorials shows these arms borne by: Ducarel, Gargan, de Greystocke, Gernegan, Gramore, Mortlock, Pitcairn, Pychard; and the Dictionary of British Arms assigns them to: Gerugahn, Jernygam, Montacute, Pichard. 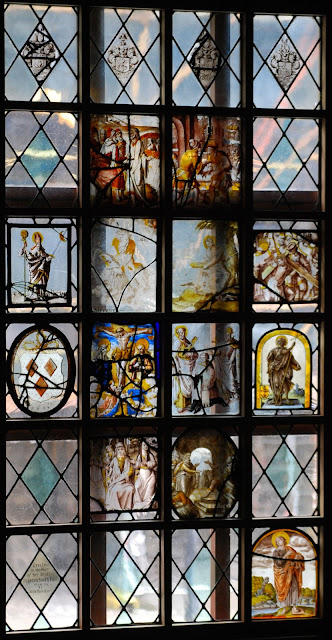 Again, a wonderful display of 17th century heraldic art, in such a comparatively fragile medium. How nice it is that it has been saved and is being preserved!