In amongst the very eclectic collections of the Kelvingrove Art Gallery and Museum I found this very nice piece of armorial silver: 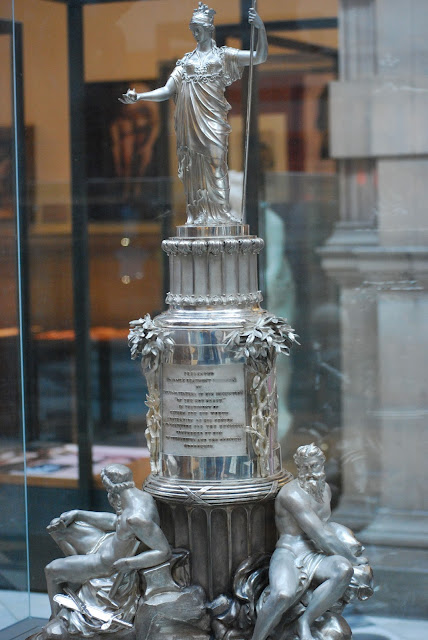 It was, as the inscription on it notes:


Presented
To James Beaumont Neilson
by
His Co-Patentees in His Invention
“of the Hot Blast,”
In Testimony of
Esteem for His Worth
Admiration of His Genius
And Gratitude for the Benefits
Conferred By Him
On Themselves and the Country
MDCCCXLVI [1846]

On the other side of the piece is a beautifully mounted, detailed, and engraved coat of arms: 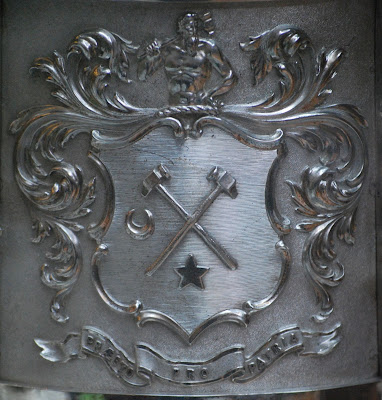 These arms are those, according to Burke's General Armory, of Neilson, Corsock, co. Wigtoun: Azure two hammers in saltire or in the dexter flank a crescent and in base a mullet argent. The crest is: A demi-man holding over his shoulder a hammer all proper, and the motto is Præsto pro patria (I undertake for my country). The crest and motto are also found in Fairbairn’s Crests.

All in all, quite an impressive gift, I must say!