A Final Heraldic Stop at the Kelvingrove


As our group left the Kelvingrove Art Gallery and Museum, we passed a tall sundial: 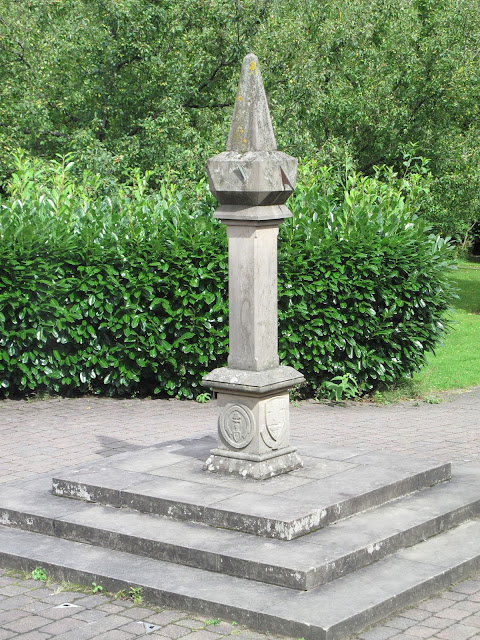 Sundials always tend to get my attention in any case; I find their variety to be fascinating. This one attracted me because of the different gnomons (the part that casts a shadow onto the hour lines) on the two different faces here. 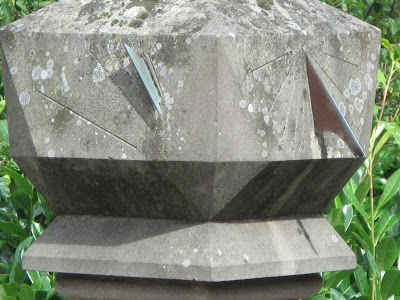 But, of course, what really caught my eye was the four coats of arms to be found around the base of the obelisk, three of which we've seen before in Glasgow in other settings: 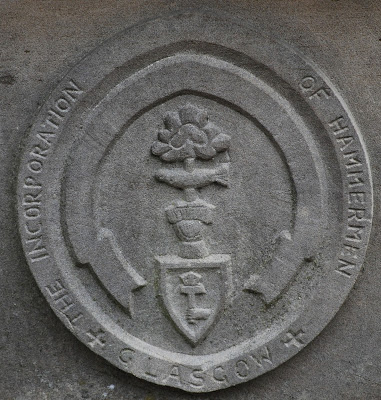 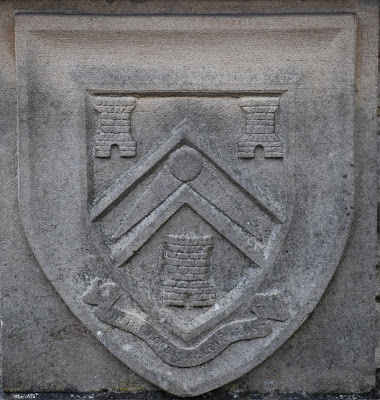 And, of course, the arms of the City of Glasgow: 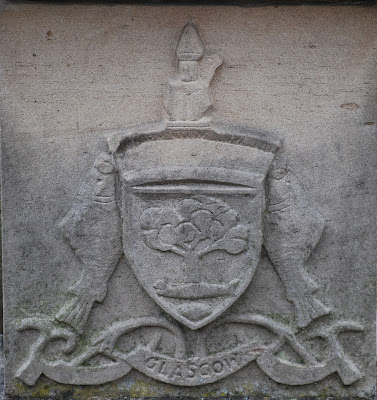 And then there was this one, which was entirely new to me: 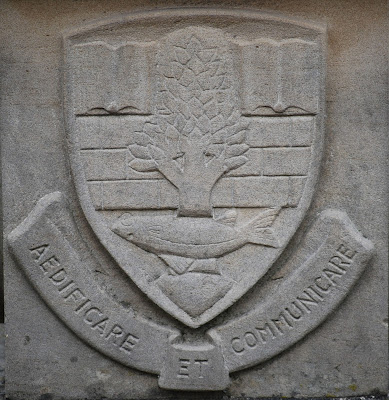 It is clearly not the arms of Glasgow, though it is also clearly related to Glasgow, with the tree and fish with a ring in its mouth. Given the brick wall taking the place of a fess going across the shield, and the two books in chief, along with the motto (meaning "to build and communicate"), I suspect that these may be the arms (whether granted or assumed) of the Kelvingrove Art Gallery and Museum itself, though I have been unable to confirm that anywhere, including on the Museum's website. I could also be completely off base with that suspicion. But the motto would certainly described the Kelvingrove's overarching mission, don't you think?

Anyway, as we headed off down the hill and back into Glasgow proper, I wanted to leave you with this last bit of heraldry from an art gallery and museum with a most eclectic collection!