Another Heraldic Memorial to a Military Man


Another, and in some ways similar, heraldic monument to a military man is this one, erected to the memory of Lieutenant-Colonel Henry Cadogan, of the 71st Glasgow Regiment, who fell at the age of 33 in the Battle of Vittoria, June 21, 1815. 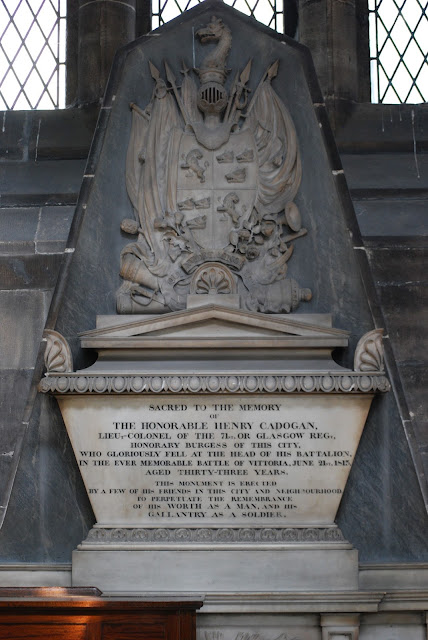 The arms here, too, are displayed in front of a trophy. 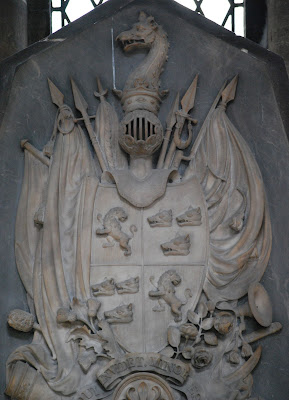 Burke's General Armory blazons the arms: Quarterly, 1st and 4th, Gules a lion rampant reguardant argent; 2nd and 3rd, Argent three boar's heads couped sable. The crest is: Out of a ducal coronet or a dragon's head vert. The motto is: Qui invidet minor est (He that envies is less).

I don't know how much I personally agree that he "gloriously fell" that day (I don't find all that much "glorious" about war and death in battle), but as a memorial to his bravery and his service (note the shamrocks and roses, for Scotland and England, at the base of the shield and appearing to issue from the motto scroll), this one is, I think, very fitting.