A Couple of Small Brass Memorials


Not all of the armorial memorials are as large, impressive, or expensive as some that I've shared with you previously. Here are a couple of comparatively small, but still armorial, memorial brasses that are found in the Cathedral in Glasgow.

The first one is a small shield-shaped brass "Sacred to the Memory of George Laurie, Died 2nd Jan. 1821. 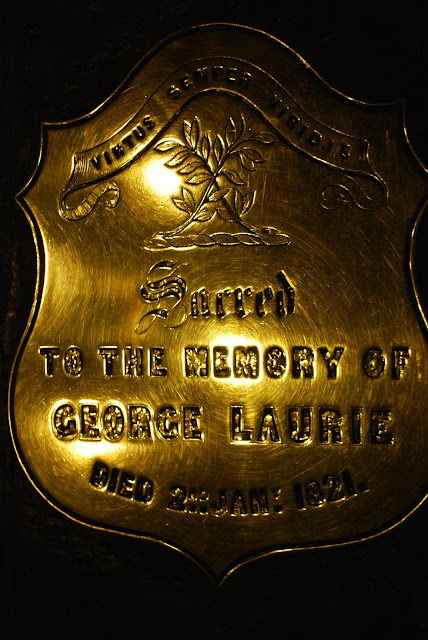 As you can see, though not large enough for his full coat of arms, it bears his crest (Two branches of laurel in saltire proper) and motto, Virtus semper viridis (Virtue is always flourishing). 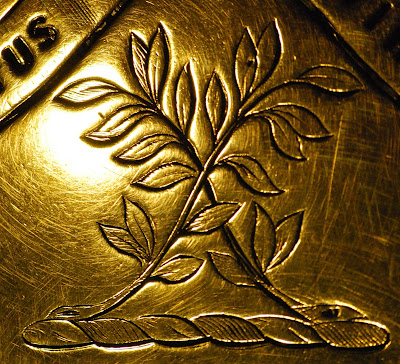 I have, alas, not been able to find any additional information about Mr. Laurie. (He is not, for example, listed in my copy of the Dictionary of National Biography, and a search on-line has turned up nothing, either.)

The other small brass armorial memorial is dedicated to "Robert Cowan, M.D., Professor of Medical Jurisprudence in the University of Glasgow, Born, 24th March, 1796, Died 9th October, 1841." The memorial is also dated (presumably its date of erection) "1854." 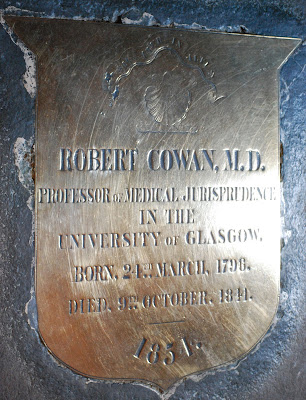 The small, shield-shaped brass is also engraved with his crest, An escallop or, and with his motto, Sic itur in altum (Thus they go into the deep). 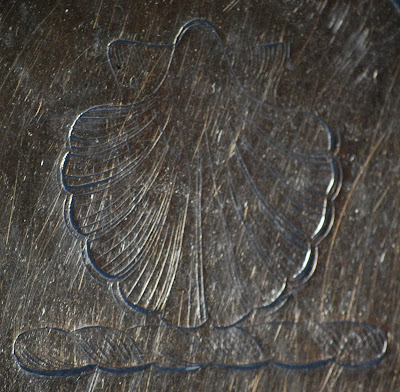 Dr. Cowan was appointed in 1839 to the Chair in Forensic Medicine founded by the Queen that year at the University of Glasgow, having graduated M.D. from the University in 1824 and been both Surgeon (1824-1830) and Physician (1837) to the Glasgow Royal Infirmary. He died after only two years' tenure in the Chair.