A New Take on Some Old Arms


It's the beginning of a new year, and I thought it appropriate to share with you an updated take on some old arms that we ran across in the windows of Temple Church in greater London.

The church had suffered a lot during WWII, what with most of the the windows being blown out and an incendiary bomb having caused the roof to collapse and all that.  So, naturally enough, the many windows needed replacement.

One set of windows in particular caught my eye, containing as they do modern takes on some coats of arms with a relationship to the church: the Royal Arms of Great Britain and the arms of the Middle Temple and the Inner Temple.

Here's an overview of the windows: 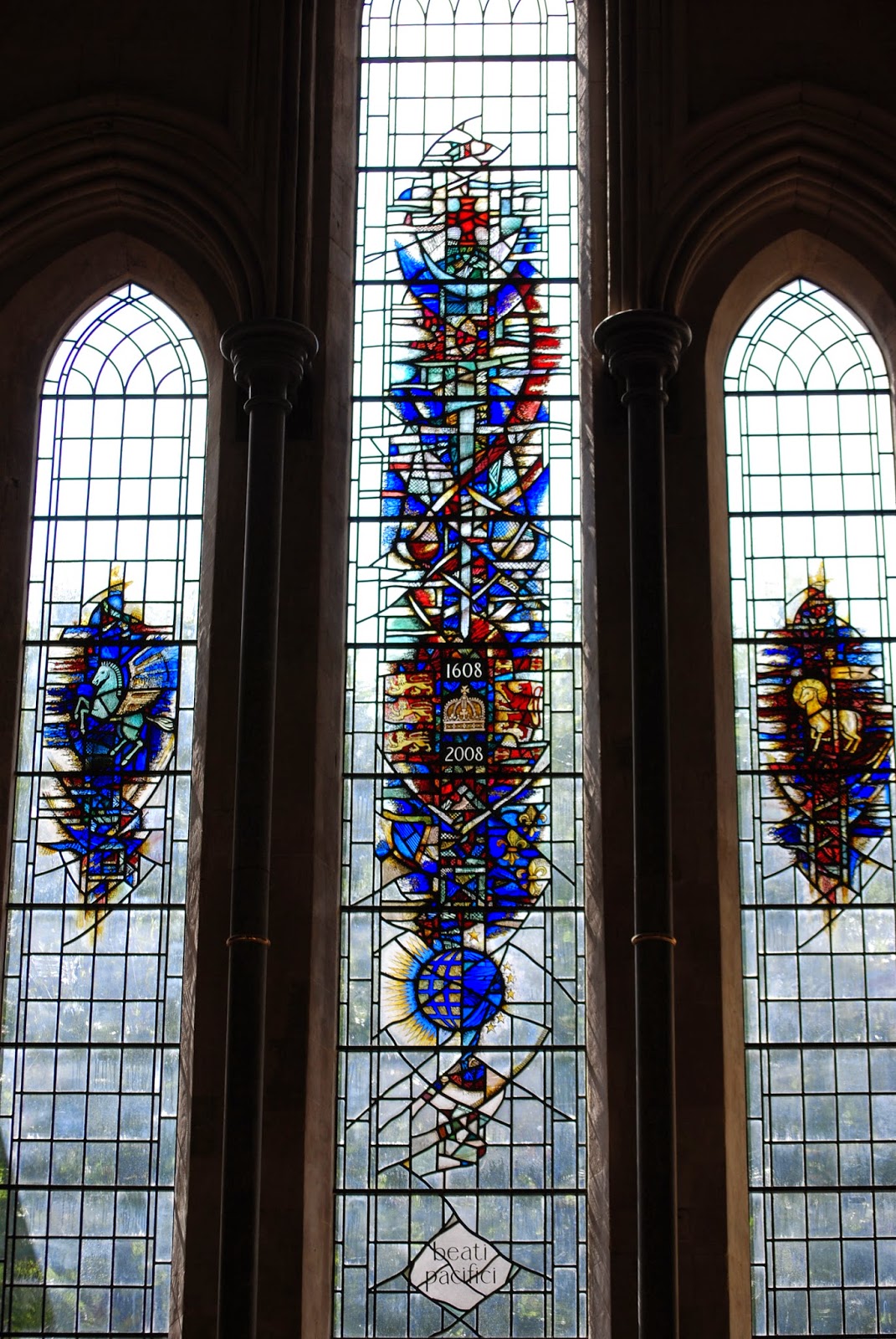 As you can see, on the left is a modern somewhat artistic take on the arms of the Inner Temple, Azure a Pegasus segreant argent, and on the right the arms of the Middle Temple, Gules a Paschal lamb argent.

But it was the unusual depiction of the Royal Arms in the central window that really drew my attention. 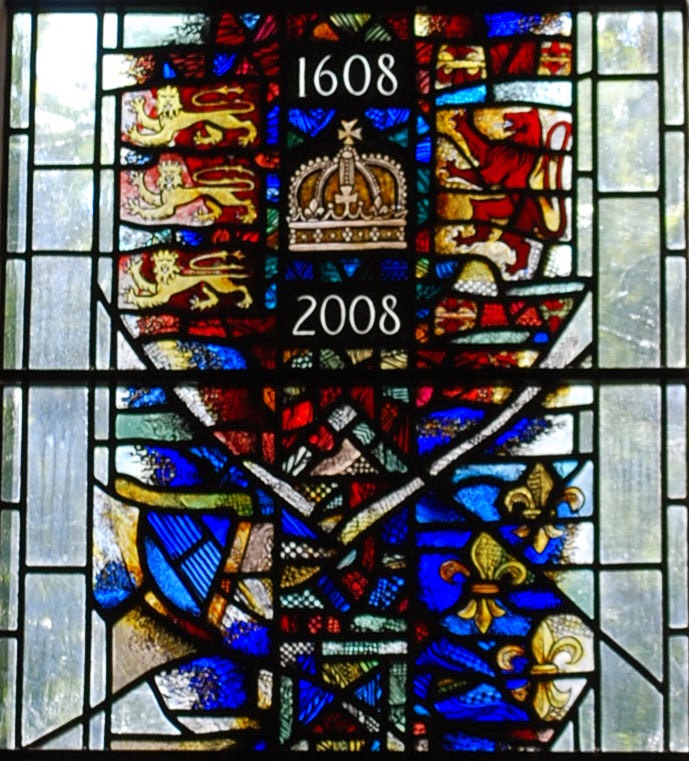 (The dates 1608 and 2008, with the Royal Crown, refer to the fact that in 1608 King James I by letters patent granted the Honourable Societies of the Inner Temple and the Middle Temple the freehold of the Temple lands. The 400th anniversary of this royal charter was celebrated in 2008 with a multi-disciplinary festival.  The 1608 charter imposed a number of conditions on the Inner and Middle Temples for them to retain the freehold in perpetuity: some of these conditions included the accommodation and legal training of students, the maintenance of the Temple Church as a place of worship, and the provision of lodging for its Master.)

The heraldic symbols, and the lines alluding to a heater shield shape, refer to the Royal Arms of Great Britain as used by James I (James VI of Scotland), shown in a more conventional depiction here: 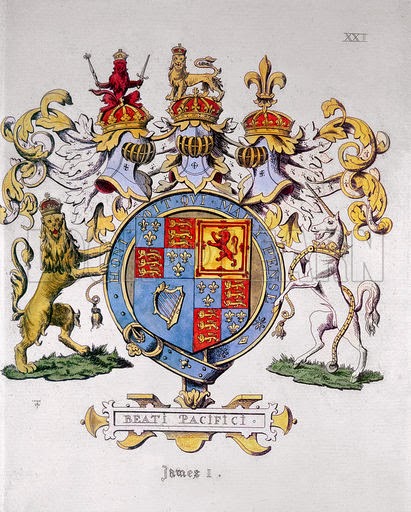 You can see in the window the individual quarterings that make up the Stuart Royal arms: the three lions passant guardant of England; the rampant lion of Scotland; the gold harp on blue of Ireland; and the three golden fleurs-de-lis of France.  And, of course, in both the window and in the image immediately above, James's motto of Beati pacifici (blessed are the peacemakers).

None of the windows here contains a coat of arms in the traditional sense.  Yet it is easy to see that each one is based on, and alludes to, a coat of arms, in what might be considered a new way of looking at heraldry.

Something that I thought I would share with new at the beginning of this new year.

May your new year be filled with happiness.  And heraldry!