I didn't run across this November 21, 2014 article (The Ottawa Citizen's "Ottawa's coat of arms - a mix of local symbolism and ancient tradition") until very recently, but found it to be of interest for a several reasons.

First, it gave a nice overview of the origin and changes to the arms of the City of Ottawa in Canada over the 160 years since its founding. 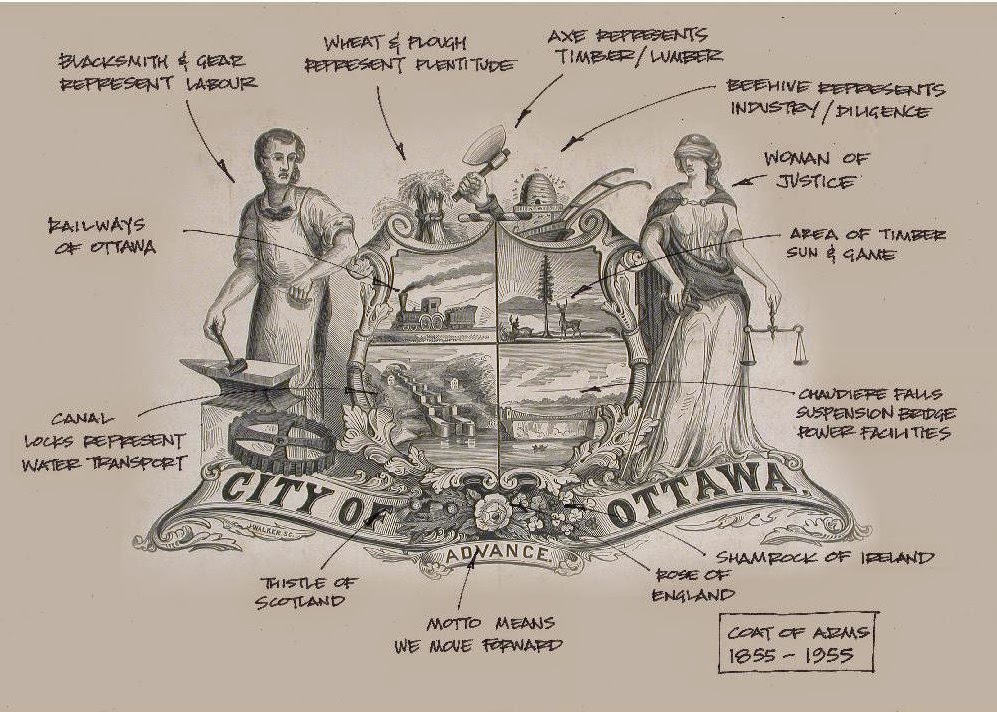 Second, it's not often that you can find detailed explanations for all of the charges on a coat of arms, and this article does that.  (For a greater discussion of the difficulty of determining the meaning of charges in heraldry, see the Most Frequently Asked Questions page at Francois Velde's Heraldica website, http://www.heraldica.org/faqs/mfaq) 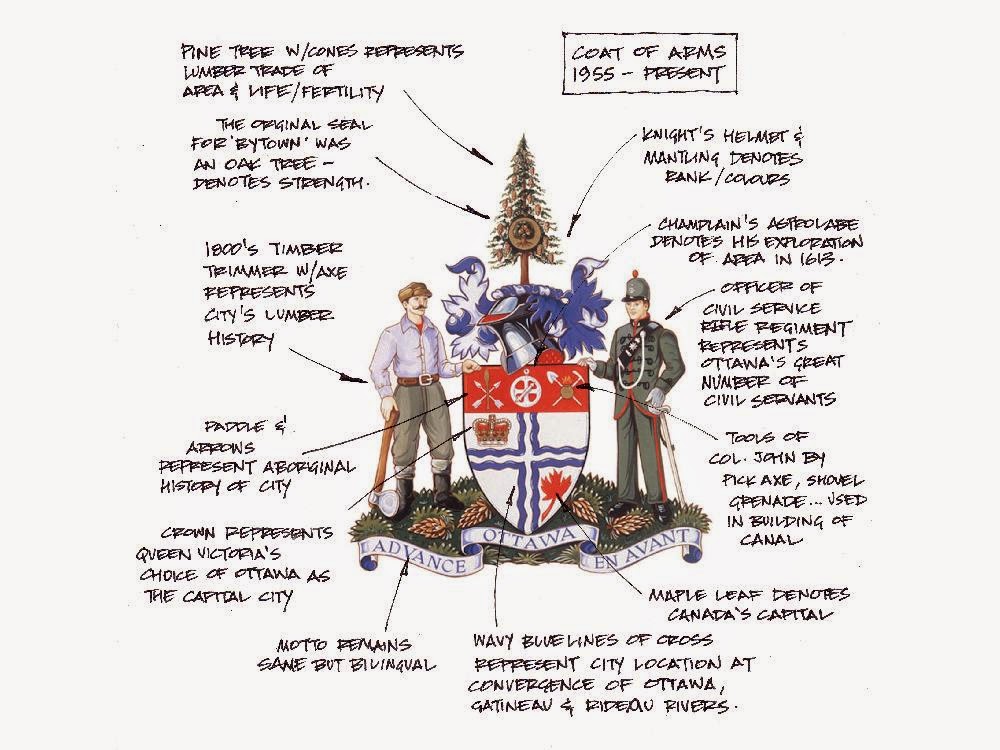 Third, it has a picture of a large metal sculpture which is an interpretation of the City's achievement of arms that doesn't slavishly follow the original artist's depiction of the arms, as so many people seem to think needs to happen. 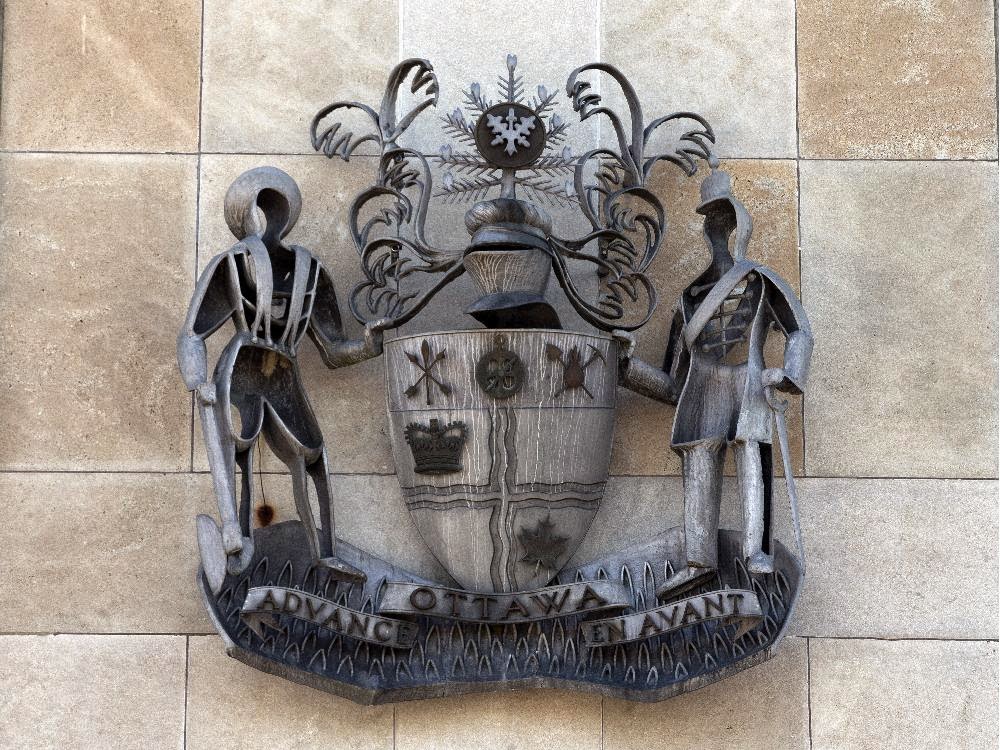 The City turns 160 this year, and it's current coat of arms turns 60.  So 2015 is a banner year for both the city and its coat of arms, and this article and accompanying narrated video is a nice adjunct to that.  If you'd like to learn more about the City's history and its coats of arms, this article can be found on-line at http://ottawacitizen.com/news/local-news/king-ottawas-coat-of-arms-a-mix-of-local-symbolism-and-ancient-tradition-with-video