An Heraldic Acquisition from Washington, DC


We recently spent a little time in Washington, DC.  We were actually there for a presentation I was giving to the Virginia Beach Genealogy Society, but it was unbelievably less expensive to fly into DC and then drive the three hours to Virginia Beach than it was to fly into Norfolk (the nearest major airport to Virginia Beach), and we thought we could use and afternoon in DC to visit a couple of places (well, okay, three: there was a painting I've long wanted to see in the National Gallery of Art; the World War II memorial; and as an added bonus, the monument to the Grand Army of the Republic was right across the street from the Metro station from which we would be exiting for the other two.)

There was, of course, a bit of heraldry (mostly the national arms) to be seen as we made our way between these three places.  But it was when we got back to the airport awaiting our flight back to Texas that I found some heraldry that I could not only see, but buy and bring home with me.

The item I'm sharing in this post is a deep blue coffee mug with the emblem of the Naval Criminal Investigative Service, made famous by the long-running and well-known CBS television series "NCIS." 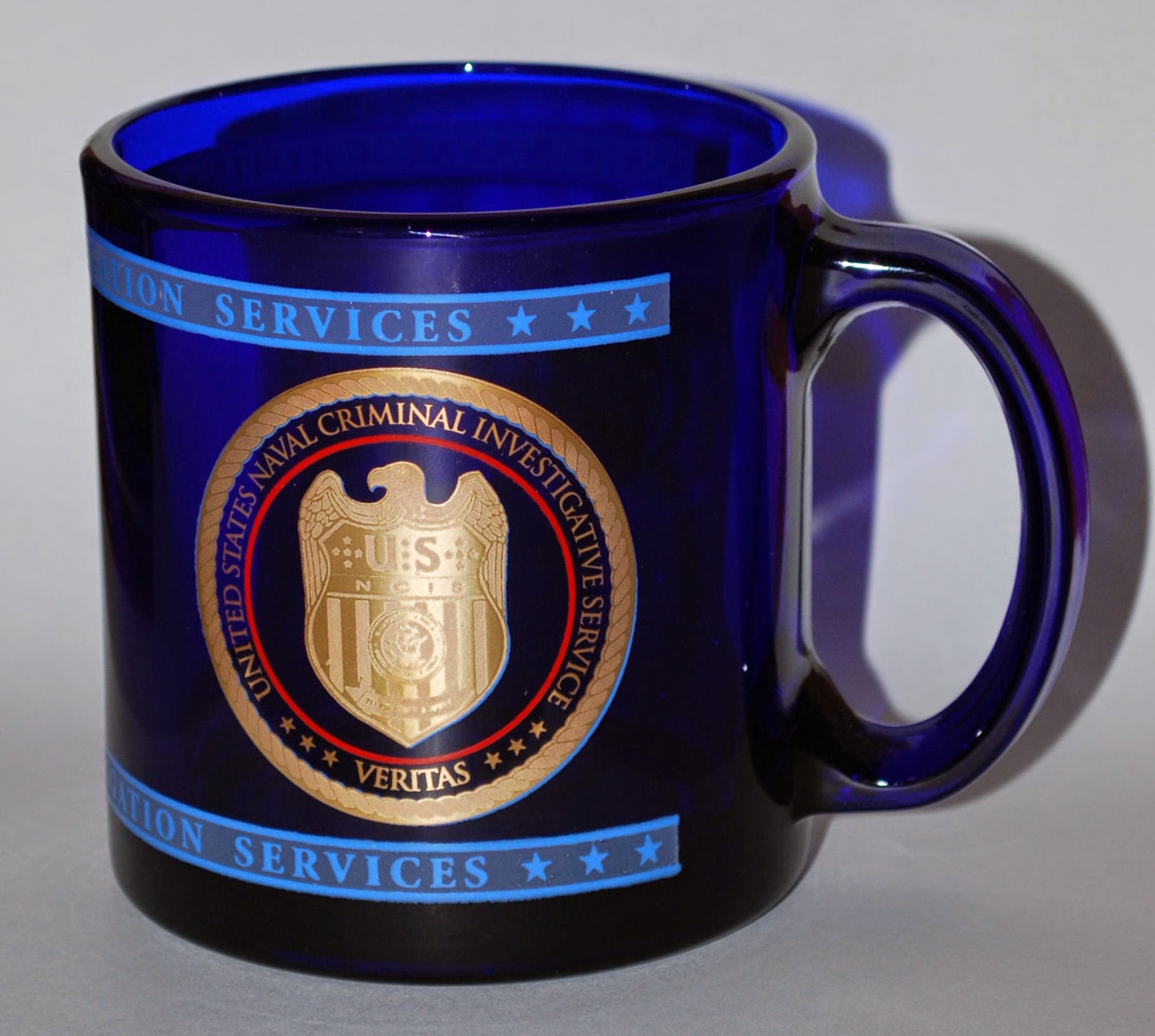 The emblem of the NCIS is based on the arms of the United States, with the addition of the emblem of the U.S. Navy on the field and the words "US NCIS" amid 13 small stars on the blue chief; here's a full-color version of it. 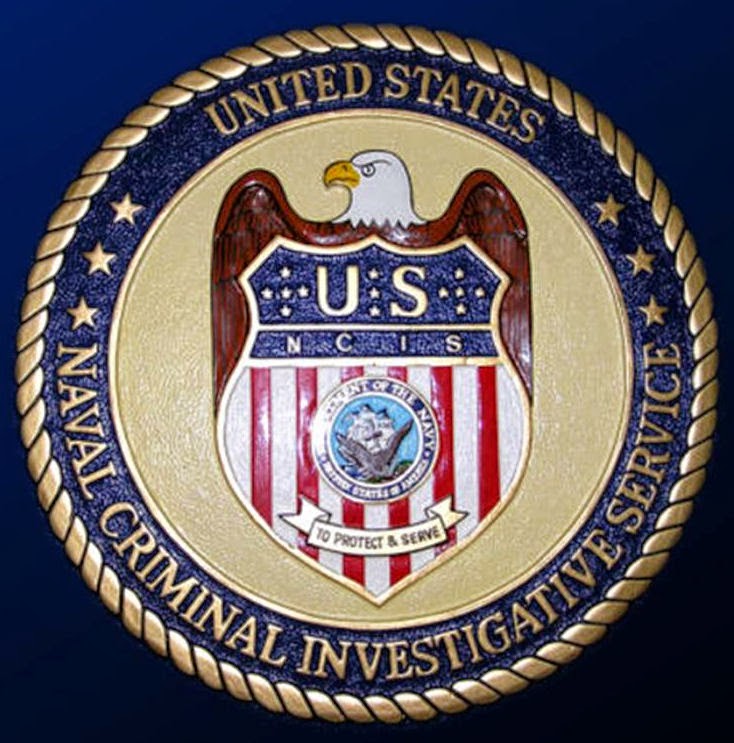 Even if I didn't watch NCIS on TV (which I do), I don't think I could have resisted buying this mug because, well, it's heraldry (of a sort), don't you know?

Next time, I'll share the other heraldic item I found at Ronald Reagan International Airport in DC.  It has two coats of arms on it!