Lunch With Heraldry (or Vice Versa)


While wandering about Westminster in London, we found ourselves feeling a “might peckish” around lunchtime, and were looking for a place to eat when we ran across the following: 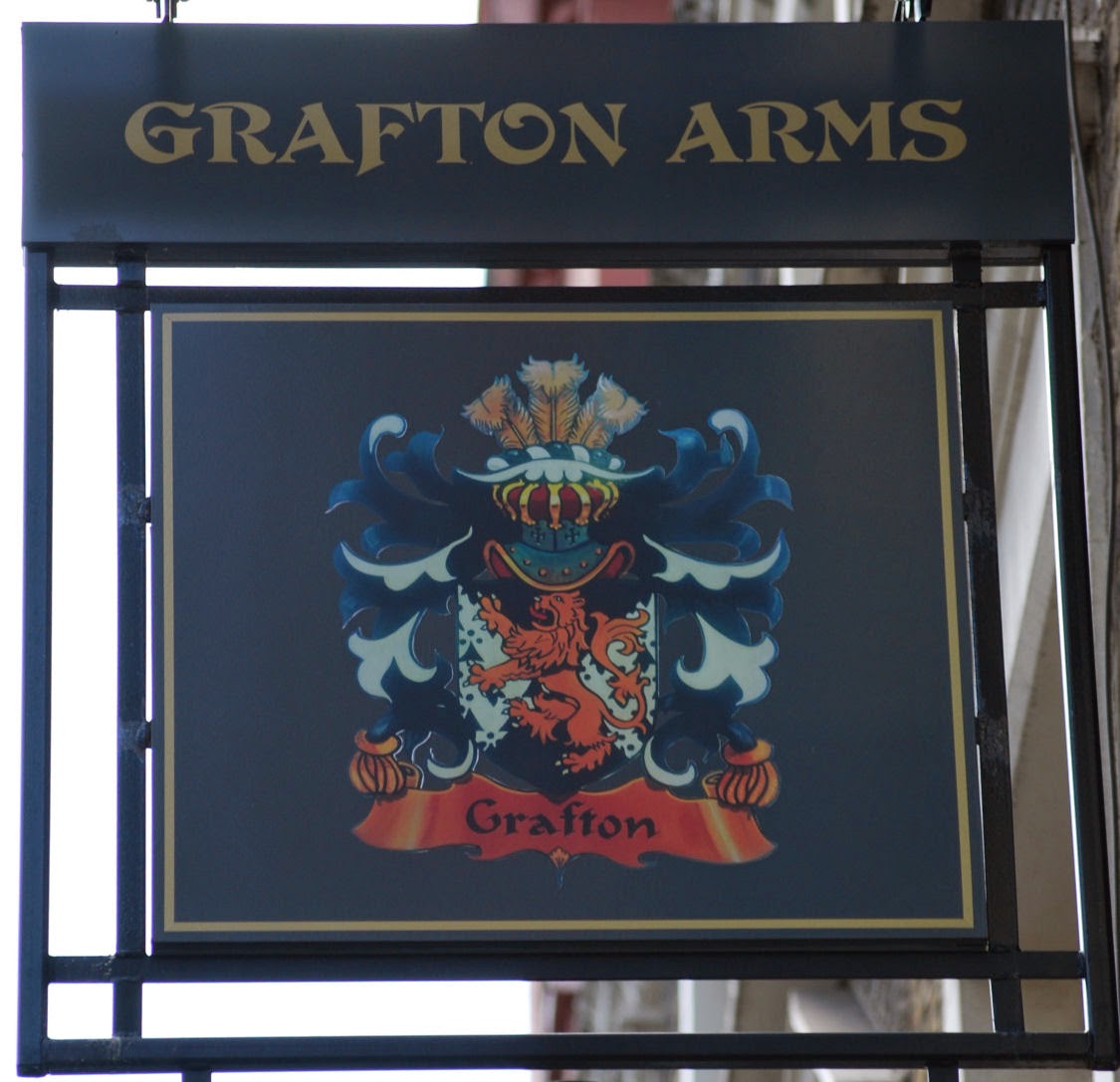 Did we have lunch there?  Well, of course we did!  I mean, what heraldry enthusiast could possibly resist?  Certainly not me!  (For the record, it was a pretty decent lunch, too.)

Burke’s General Armory gives us two entries with this coat of arms on it:

Grafton (Grafton Flyford, co. Worcester and co. Stafford; Richard Grafton, of Grafton Flyford, “had many possessions in the cos. of Worcester, Stafford, and Salop.”  Robert Grafton, grandson of the above, was “Bayley of ye Citty of Worcester,” temp. Edward IV.)   Per saltire sable and ermine a lion rampant or, armed and langued gules.

I assume that it is the first, with the connection with London, which is the source of the Grafton Arms’ sign with the arms of Grafton.