Heraldry of a Canon


Another heraldic memorial in the Cloisters at Westminster Abbey is found in the floor, a memorial to John Troutbeck, D.D. 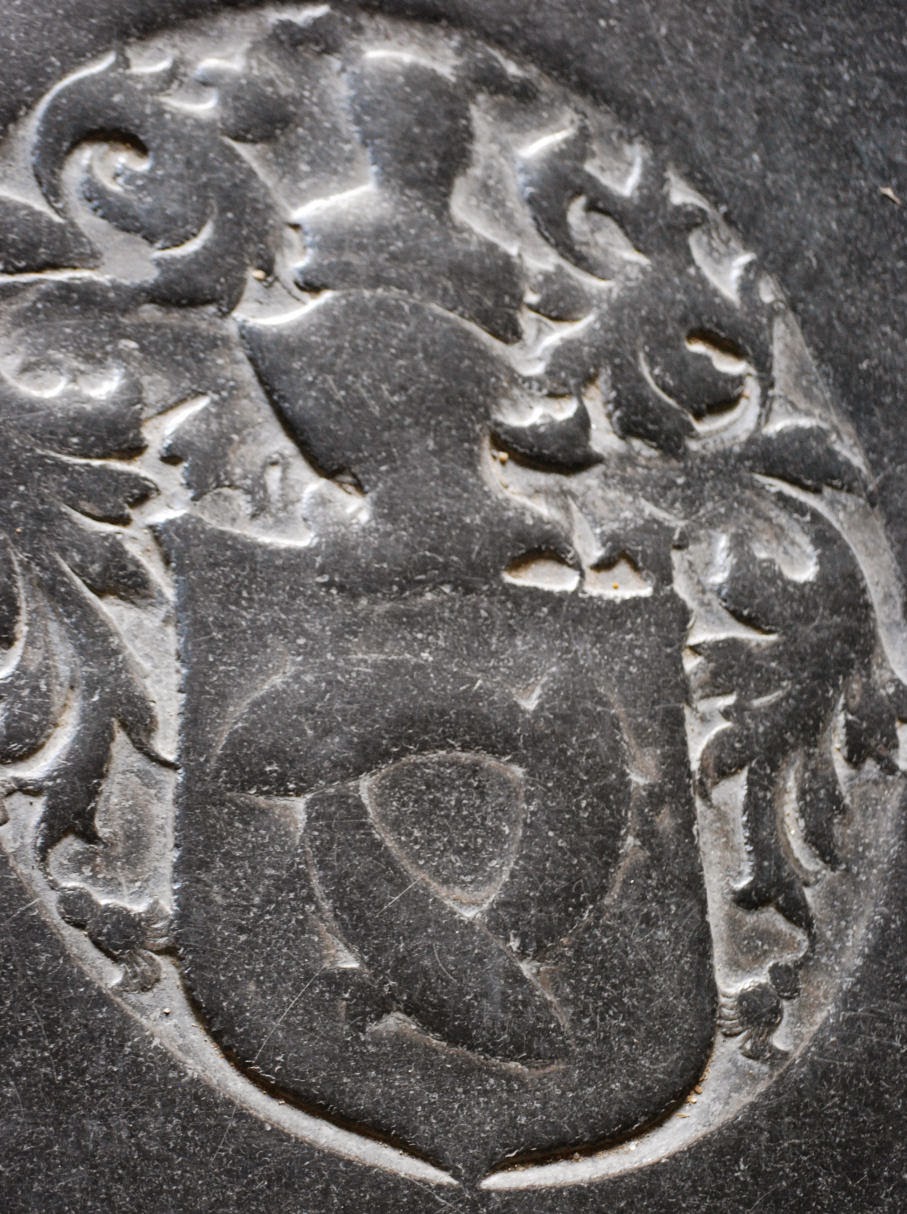 The arms are canting, obviously.  Burke’s General Armory gives us a blazon for the arms under the names Troutbeck and Trowtbeck:

The crest is given by Burke as: A Moor's head couped below the shoulders, and in the centre a fleur-de-lis sable.

The image on the memorial has been badly worn, so I am taking the fleur-de-lis on faith.

According to Wikipedia, in the Anglican Communion “[a] precentor is a person, usually a clergy member, who is in charge of preparing worship services,” and “[a] Minor Canon is a member of staff on the establishment of a cathedral or a collegiate church. Minor Canons are clergy and take part in the daily services but are not part of the formal Chapter. They are generally more junior clergy, often chosen for their singing ability.”

Wikipedia also notes that his "renown rests on his translation of various continental choral texts including the major works of Bach."

Rev. Dr. John Troutbeck has his own entry at the Westminster Abbey website, so if you are interested you can learn more about him and his life at http://www.westminster-abbey.org/our-history/people/john-troutbeck  (However, that page also says that the crest on the arms is a "wolf's head," which I simply don't see in the photograph of the monument above.  Unless they are mistaking the helm for a wolf's head, or the bits of mantling above the Moor's head for wolf's ears - which I also cannot see - that part of the entry on the Westminster Abbey page is simply incorrect.)