It is not permitted to take photographs inside Westminster Abbey, but there are plenty of heraldic items to photograph in the Cloisters and the Chapter House there, where cameras are allowed.

One really fine and moving example of such is this memorial to John Kemp, Baronet, in the cloister area. 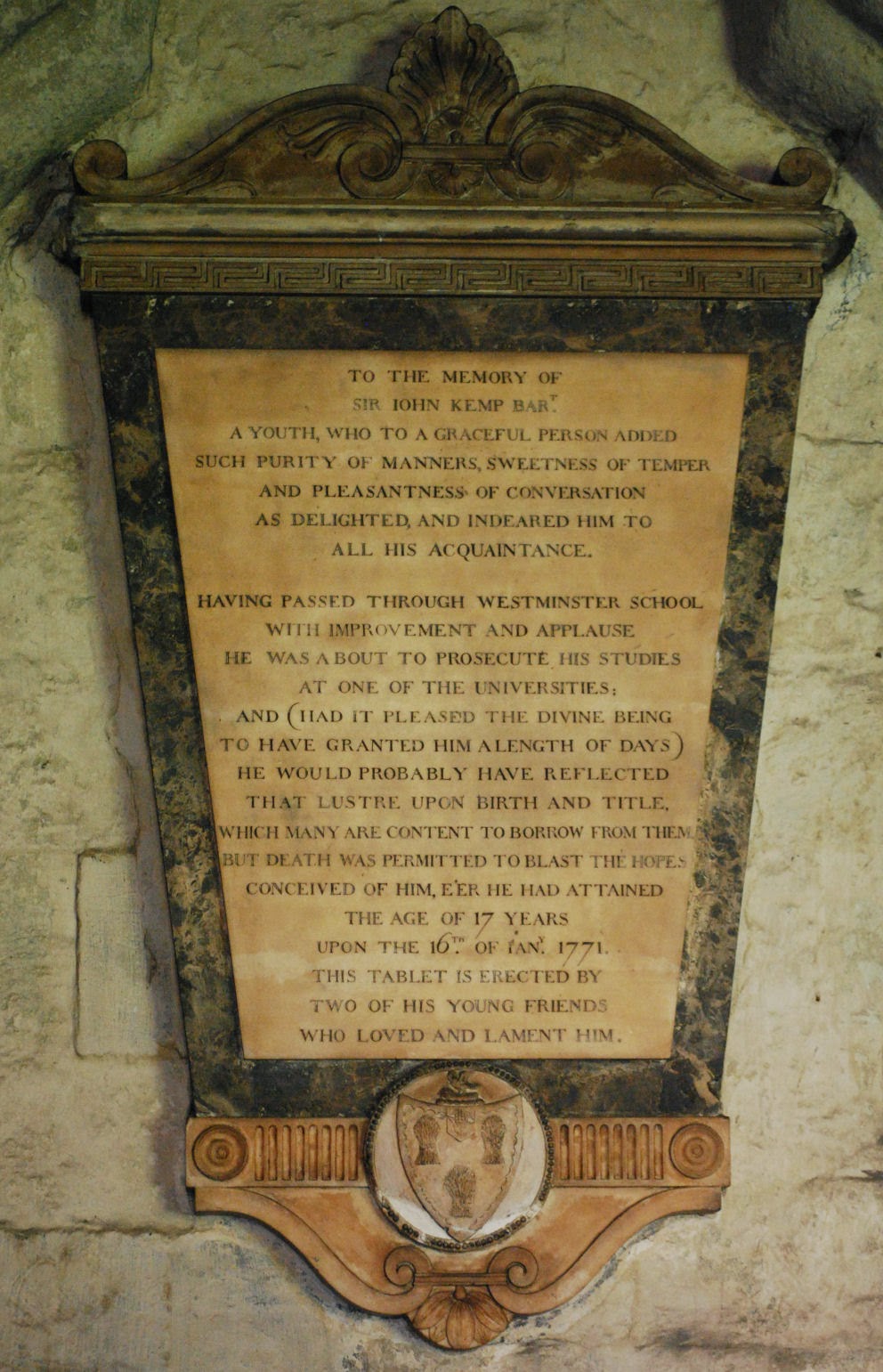 
To the Memory of
Sir Iohn Kemp Bart.
A youth, who to a graceful person added
such purity of manners, sweetness of temper
and pleasantness of conversation
as delights, and indeared him to
all his acquaintance.

Having passed through Westminster School
with improvement and applause
he was about to prosecute his studies
at one of the universities;
and (had it pleased the Divine Being
to have granted him a length of days)
he would probably have reflected
that lustre, upon birth and title,
which many are content to borrow from them.
But death was permitted to blast the hopes
conceived of him, e’er he had attained
the age of 17 years
upon the 16th of Jany. 1771.
This tablet is erected by
two of his young friends
who loved and lament him.

This is a close-up of the arms at the base of the monument: 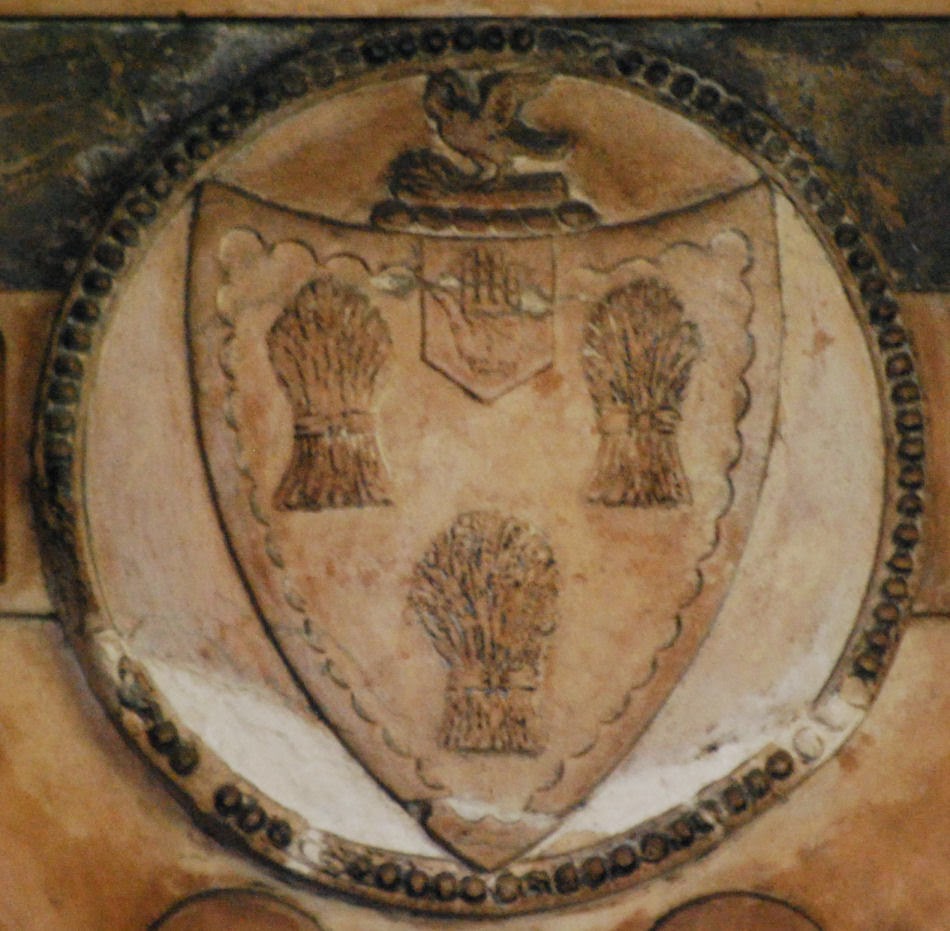 Kemp (Gissing, co. Norfolk, bart.).  Gules three garbs and a border engrailed or.  Crest - On a garb or, a pelican vulning herself proper.  Motto - Lucem spero [I hope for light].

Wikipedia in its entry "Kemp Baronets" notes that Sir John Kemp was the 6th Baronet.  After his death, the baronetcy devolved upon his uncle, Sir Benjamin Kemp.

All in all, a very touching monument to a man of promise who died so young, and a nice depiction of heraldry for those of us interested in such things.