We very recently had the opportunity to spend an afternoon in Washington, DC (yes, I know that an afternoon is not nearly enough time to see much of anything; but it was the time we had available, and so we had a very short - just three - list of things we wanted to visit).

One of the items on that short list was a painting in the National Gallery that I have wanted to see for a very long time.  And the last time that I was in DC, many years ago, it was unfortunately in a set of four gallery rooms that were temporarily closed to the public, so I missed my chance.  (Made it this time, though!)

Be that as it may, while we were walking through the Gallery to find the room with this particular painting, we saw this little heraldic item: 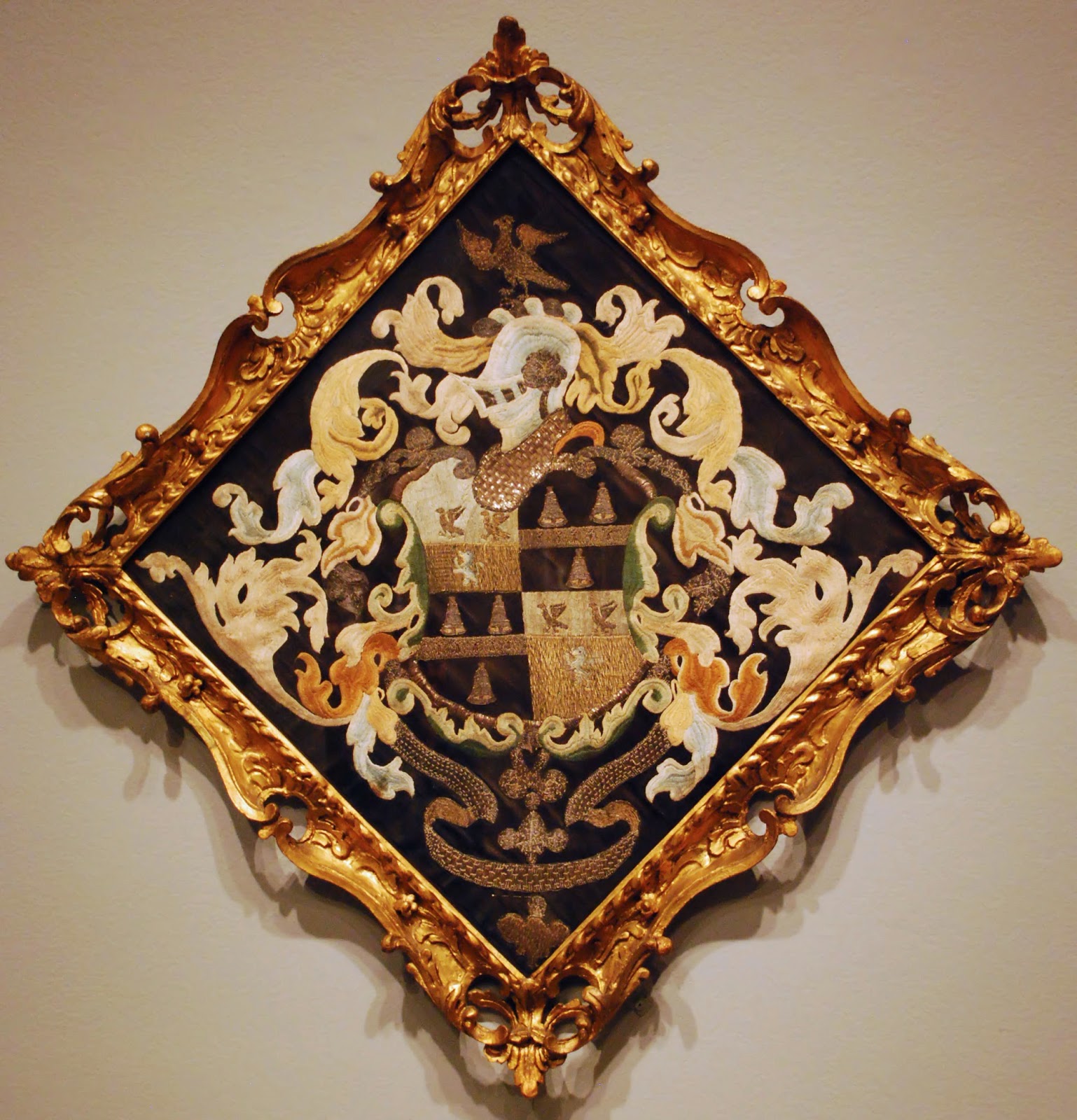 The explanatory card with this item describes it as follows:

Silk needlework coats of arms, primarily made by young women in Boston, exemplified the girls' accomplishments and education.  This one was probably worked by Martha Williams, daughter of Henry Howell Williams (1768-1828) and Elizabeth Bell (d. 1820).  She left her needle at the bottom, perhaps as a final good-bye to a job well done.  Such coats of arms were often displayed in handsome carved frames.  This elaborate example is attributed to John Welch, who made similar frames for paintings by John Singleton Copley.

A short stint of research in Papworth's Ordinary of British Armorials, Burke's General Armory, and Foster's Grantees of Arms 1687-1898 produced the following information on the two coats of arms contained in this embroidery:


Clearly, either the colors of the silk used for the arms have changed drastically over the years (certainly a possibility), or the colors of silk chosen do not match the blazon of the arms (given the often "bucket shop" nature of the patterns made in Boston for these embroideries, also a possibility).


If you look carefully at the crest in the embroidery (you may need to click on the picture to open a larger version to do so), you can see that the eagle in the crest does in fact have his dexter foot on a small mound.


There was a John Williams (1744-1809), the youngest brother of Henry Howell Williams, who could perhaps be the John Williams mentioned in Foster.  He would, however, only have been 23 at the time of the grant of arms, and I see no indication that he ever went to New Zealand, so I don't know how likely he is to have been the grantee.

Questions of identification and authenticity aside, it was an unexpected pleasure to see this bit of colonial American heraldic art.