It's Not That Hard, Part the Second

Continuing my question from my last post, "It's Not That Hard; Why Is It So Often Wrong?", I present my favorite group of depictions of the arms of the United States.  It's my favorite because these three examples all come from the same place -- the gateway at the entrance to the military cemetery at Vicksburg National Military Park in Mississippi -- and hence they are all in very close proximity.

How close?  All three are seen in this single photograph. 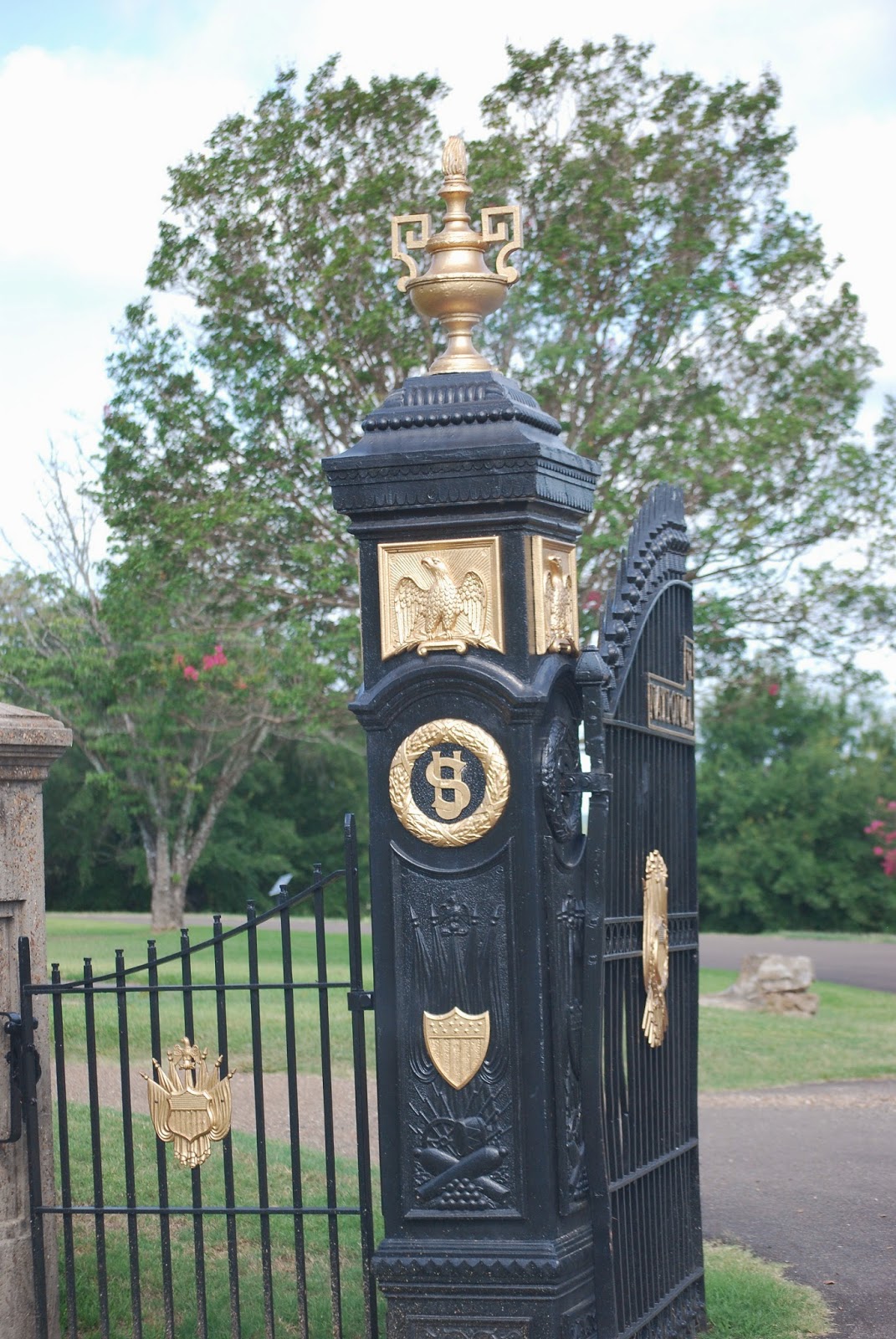 So, three renditions of the same coat of arms, all different.  From left to right from the above photo, they are: 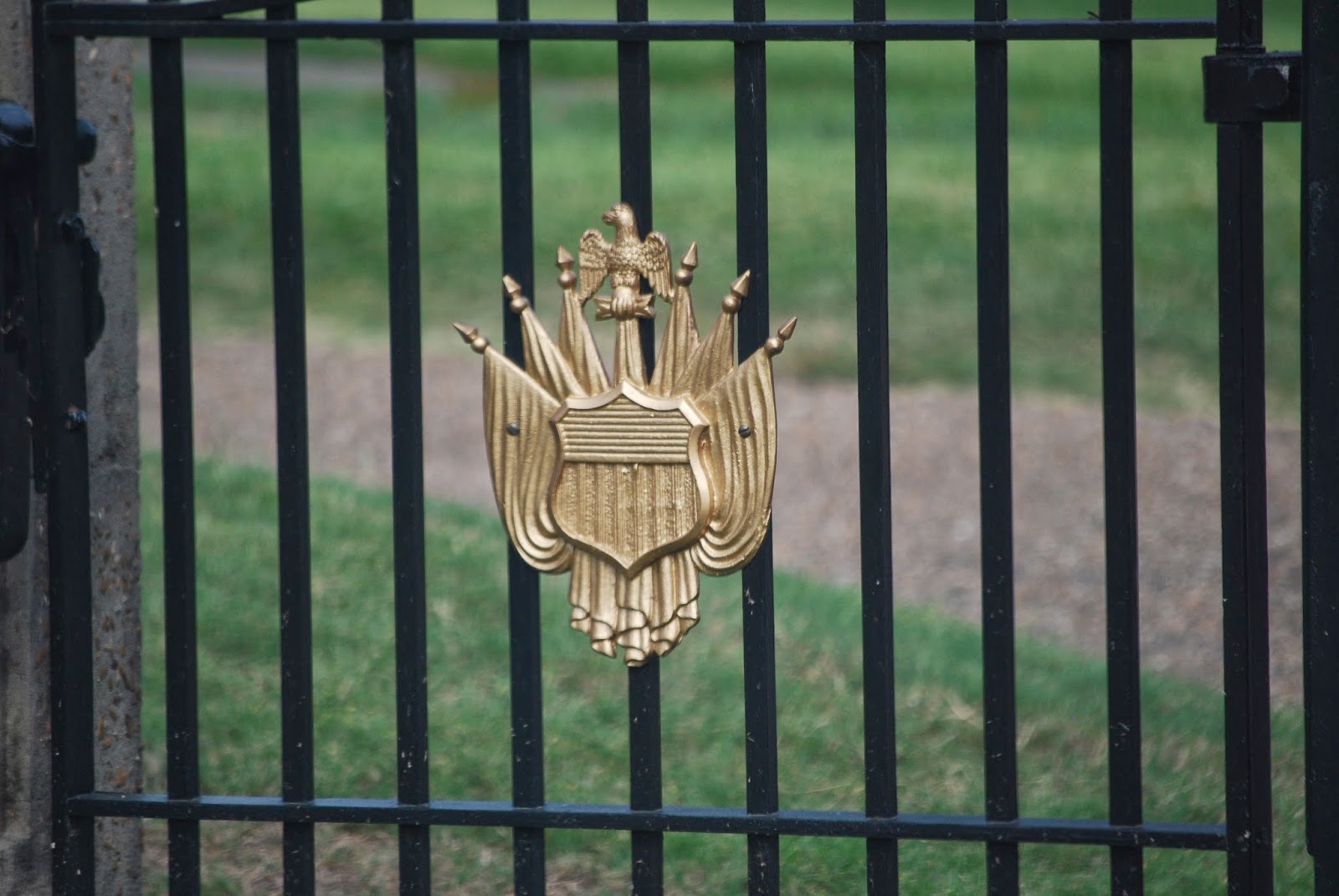 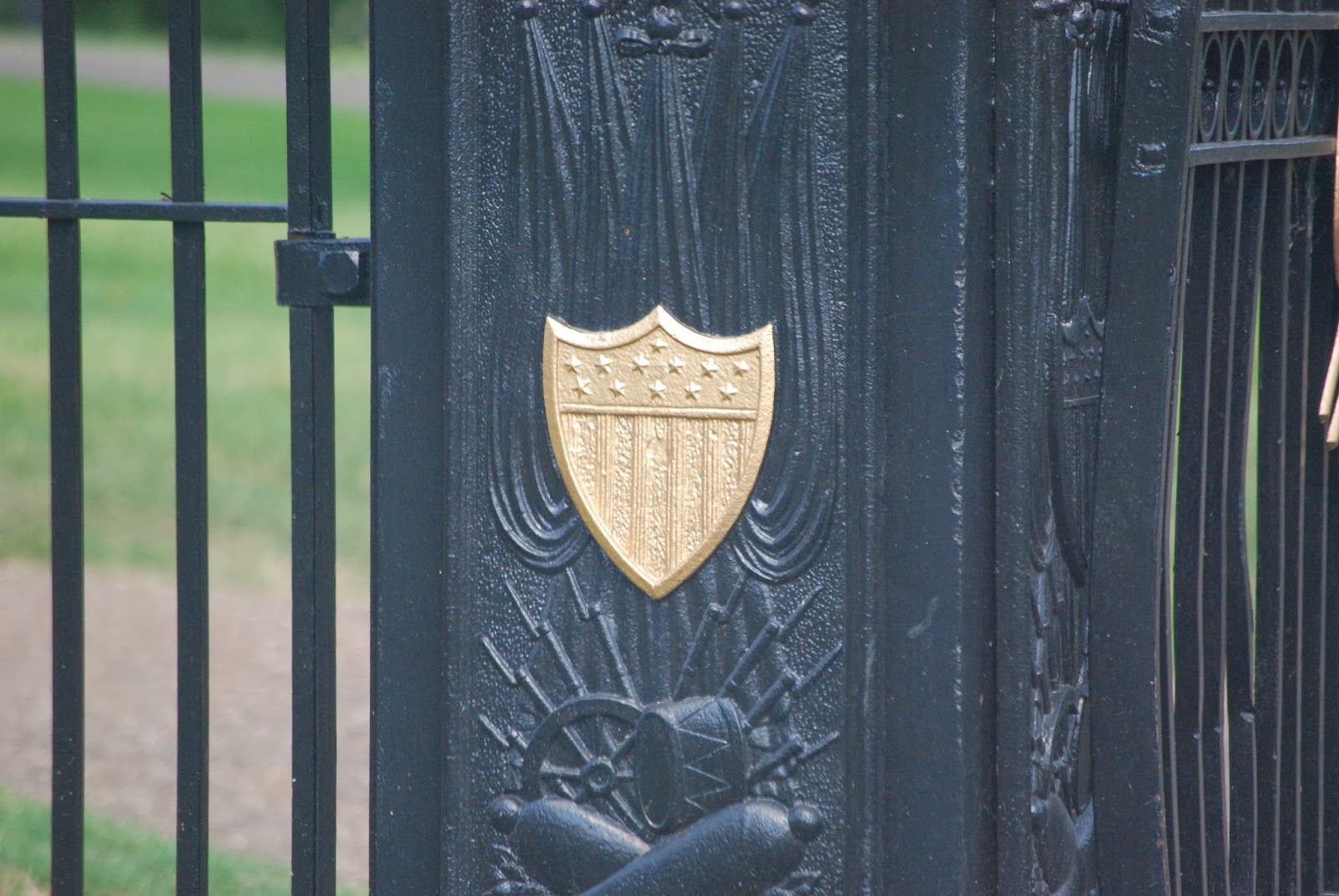 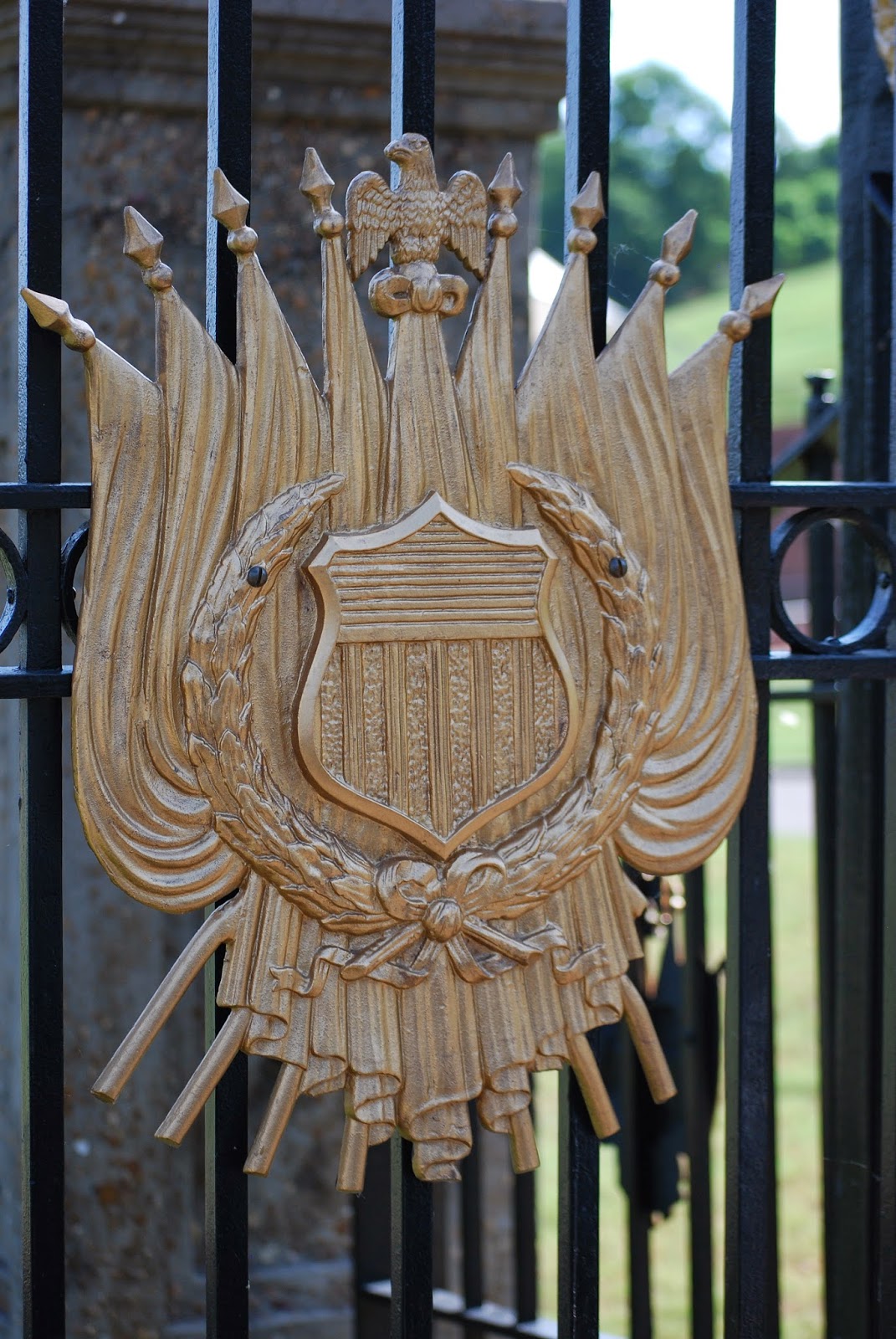 Remember now, the depiction we are hoping to see would be blazoned Paly [or paleways] of thirteen argent and gules, a chief azure.

But as you can see, the first one has eight red stripes and seven white ones (for a total of fifteen, rather than thirteen), with the red stripes to the outside.  So, incorrect number of stripes, and the red and white stripes reversed.

The second has eleven stripes (instead of thirteen), also with the red and white stripes reversed, and has stars on the chief.

The third one comes the closest to being accurate, with thirteen stripes (and no stars on the chief), but again has the stripes red and white instead of white and red.

They are all beautiful pieces of artwork, and even appear to be hatched correctly (with vertical lines for gules, or red; and horizontal lines for azure, or blue, the sole exception being the one that has stars on the chief).  But why are each of these three depictions, placed so near each other, not only different from each other, but different from the arms they are supposedly depicting?