It never ceases to surprise (and sometimes appall) me, the things that people will put on a heater shield shape and use as if it were a coat of arms-become-logo. 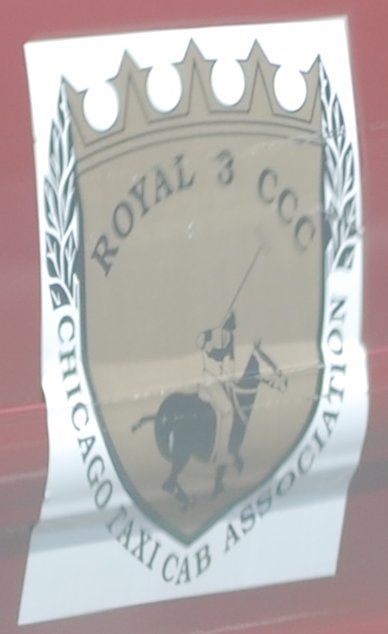 I caught this one as we were driving down one of the freeways in Chicago earlier this year. It’s on a shield shape, surmounted by a “crown” of some sort, encircled (well, half-encircled) by a wreath which is surmounted to base with the words “Chicago Taxi Cab Association”. The shield itself has the words “Royal 3 CCC” in chief and in base what I originally thought was a mounted knight with a lance but what I now know is a polo player with mallet. (See the “Official Sponsor” seal from the website of the Chicago Carriage Cab Company, attesting to their sponsorship of the SLS Jets Polo Team below. And a quick look at the Jets website shows the same shield, crown, half-wreath, and polo player, without the Royal 3 CCC that appears on the side of the cab.)