Well, Whaddya Know? I Missed One!

And wouldn't you just know it, but in trying to do that and start posting them to this blog, it turns out that I missed organizing, and posting, another example of the arms of Cambridge University.
So today, we have for you yet another example of the University arms seen in and around the city of Cambridge, England, this time on the side of a bus. 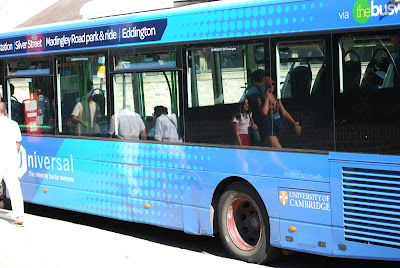 You may note on the left that it says "Universal: The University bus for everyone."
And these busses do seem to go all over, at least through the central part of Cambridge, and beyond, if the route of stops listed on the side is any indication.
But of course it was the University's coat of arms behind the rear wheel, along with the notation "in association with University of Cambridge" that made me photograph it. (I was forced to, I say! That's my story and I'm sticking to it.) 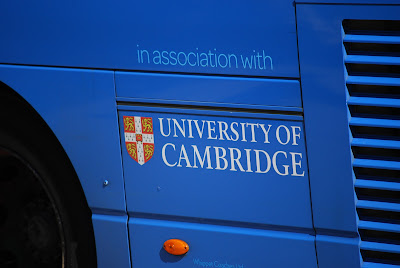 So, anyway, I apologize for having missed this utilitarian example of the Cambridge University coat of arms when I was posting all of the other pictures of these arms from when we were there.
Posted by David B. Appleton at 2:00 AM