Admittedly, though, it didn't really stray all that far!
I think I'd mentioned in an earlier post the village of Grantchester. The town was known to me before we went to Cambridge, but only through the ITV detective drama Grantchester broadcast on PBS stations here in the States. I had no idea that it was a real place. I mean, most of the British detective dramas are set in fictional places like "Midsomer" (Midsomer Murders) and "St. Mary Mead" (Miss Marple).
Now admittedly, only some of the filming of the series is actually done in the village of Grantchester, mostly the scenes in and about the church and the back patio of the Red Lion pub. Other local filming locations include Grantchester Meadows and parts of Cambridge. Other locations are used as necessary; for example, the vicarage next door to the church is most definitely not the vicarage that appears in the series, presumably because the series is set in the 1950s and the actual vicarage looks too new to be from that era.
Anyway, as fans of the show, and it being so close, we felt that we just had to go there! So we took part of a day, grabbed a taxi, and had lunch at the Red Lion and visited the Church of St. Andrew and St. Mary just up the street.
We will cover more of the church and its heraldry in a later post or two, but today I wanted to note an instance of the arms of King's College, Cambridge (as well as the arms of Eton College, granted, as noted before, the same day as the arms of King's College), on a monument in the churchyard in Grantchester. 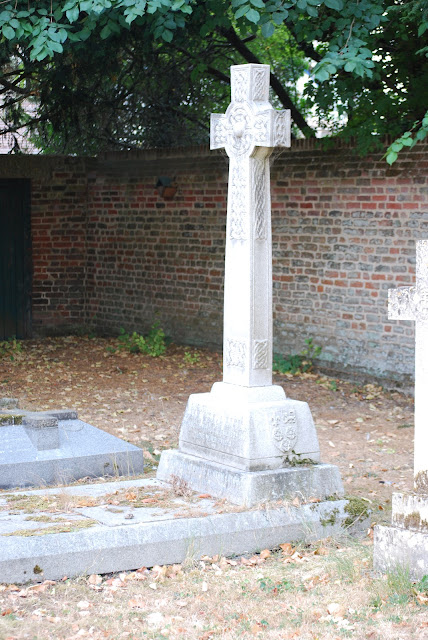 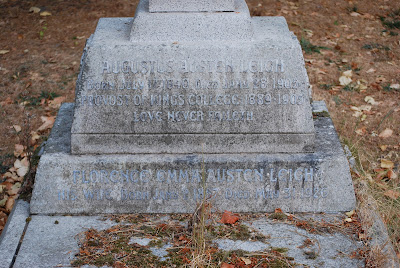 Augustus Austen Leigh was the 32nd Provost of King's College, Cambridge, where he had also served at tutor, Dean, and Vice-Provost.
But, as ever, it was the two coats of arms on his grave that first caught my eye.
On the right side (as you are facing the cross) of the base is the arms of King's College: 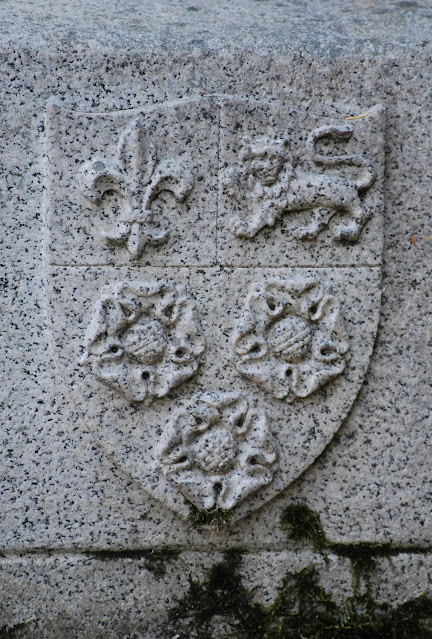 And on the left side of the base is the very similar arms of Eton College: 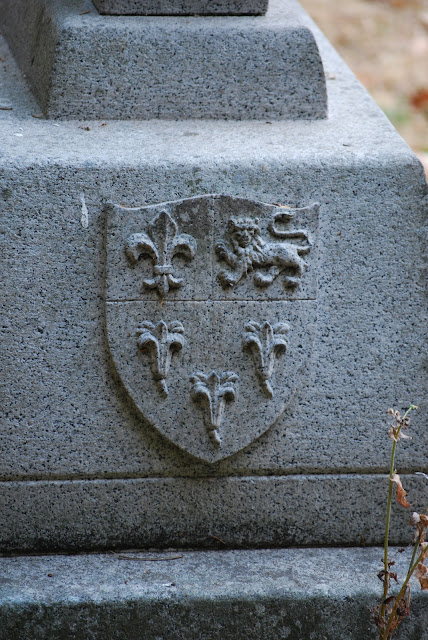 Anyway, it was interesting to run across these unexpected "heraldic strays" in the little village of Grantchester while we were visiting there that day.
Posted by David B. Appleton at 2:00 AM